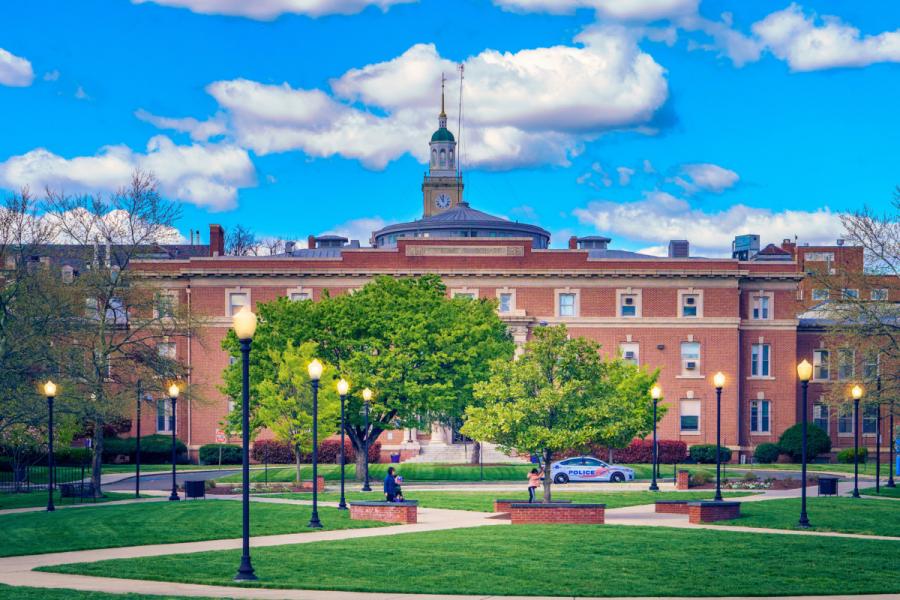 Approximately midway between the Yard, the quadrangle at the heart of Howard University's campus and the historic nightlife strip of Washington's U Street NW, stands a compact brick Georgian building. Stacks of quoins rise from Bryant Street, stepping back to frame tall arched windows before reaching a pitched roof and a smokestack.

It is unexpectedly graceful for a power plant, testifying to the ability of its architect, Albert Cassell.

On a cold December morning, construction workers were carefully removing the large windows as part of a long-overdue renovation at the Washington, D.C., college.

The rehab of the 1936 plant is one critical part of a campaign by the historically Black university to update its 86-acre main campus. The approach the administration has taken attempts to balance preservation of the heritage buildings at its core and construction of new specialized buildings at the periphery, funded by the sale and redevelopment of the school's other real estate.

The keystone of the effort is an update to the university's 10-year campus plan. Periodic zoning updates are required for institutions of higher learning in the District of Columbia, but Howard is using it as a benchmark for the future of the campus, building on a tradition of placemaking by preeminent Black architects, going back to Cassell.

"The Cassell plan is really the foundational plan on which the modern campus is built," said Derrek Niec-Williams, Howard's executive director of campus planning, architecture and development.

Cassell went on to design a dozen or so buildings around campus, including the iconic Founders Library. Later in the 1930s, the university turned to the partnership of D.C. native Hilyard Robinson and Los Angeles–based Paul Revere Williams. After World War II, Robinson and Williams made the modern movement their own, using their commissions to experiment with space planning, construction and materials. The nine buildings they delivered to Howard have functionalist exteriors but put Williams's signature curves to work in interiors and populated key spaces with Black-centered artworks.

Cassell's elegant references and the innovation of Robinson and Williams's contributions spoke in a dual register. On the one hand the buildings reinforced the value of the scholarship being done inside them. On the other, they presented evidence of the quality of the Black institution to a nation that expected little of its graduates and left their work out of textbooks.

The buildings influenced design students like Melvin Mitchell, who earned his BArch degree from Howard before pursuing a dual career in practice and teaching.

"We were just steeped in the Black excellence. This was a magnifier," he said of a learning environment built by Black architects.

Mitchell, who went on to serve as chair of the architecture program at Baltimore's Morgan State, another Historically Black College and University, notes in his book The Crisis of the African-American Architect that the development of Howard's campus fostered the architecture program and Black professional networks over 40 years. These commissions begat other work for Cassell, Robinson and Williams while keeping students and graduates employed in the profession until African American architects secured better opportunities for themselves in the 1960s.

Improvements to Echo Architectural Past

Given this history, the latest plan emphatically preserves Cassell's work, particularly the Yard. While the plan calls for one building at the center of campus, a new student union, it otherwise clusters studio, medical and STEM programs in dense multidisciplinary buildings at the periphery. For example, the plan envisions a new home for the architecture and communication programs on the back side of Robinson and Williams's arts complex, which bounds the Yard to the north.

These dense aggregations of curricular spaces signal a move away from Howard's current approach, in which academic departments are given dedicated buildings of their own. Niec-Williams said this shift has already begun, owing to an accident two winters ago, when pipes burst across the campus. The moisture then froze, resulting in extensive damage to historic buildings. The first restorations, such as that of Cassell's Frederick Douglass Hall on the east side of the Yard, are only just reaching completion.

Now, south of the historic campus, Howard envisions a multidisciplinary health science and STEM complex, created by adding seven-story laboratory buildings to the Freedmen's Hospital building. On the opposite side of Bryant Street, the successor to Freedmen's Hospital, Howard University Hospital, would move to a new building, matched by a medical office building for its faculty. The new buildings will be topped with solar panels; the plan calls for 1.3 megawatts of capacity to be installed across old and new roofs.

Relocating the hospital and medical programs opens a massive area the university plans on redeveloping to bring in much-needed revenue, boosted last September when Howard received a $225 million tax abatement from the District of Columbia for the new hospital construction.

This is the most controversial aspect of the initiative Niec-Williams oversees.

At the height of disinvestment in D.C. in the 1980s, Howard assembled a large area of industrial property south and west of the school. Now that ground has become some of the most valuable land in D.C. In the past decade, the university has acted to capture the value through a series of ground leases, for-profit subsidiaries, and contracts with the private student housing company Provident Resources Group.

Along these lines, the university is requesting changes in D.C.'s Comprehensive Plan, which governs development citywide. The increased density will allow the administrators more flexibility to develop the western edge of campus and the old hospital site. Niec-Williams said that many of the private and university-owned projects will include space for university and affiliated programs.

While the federal government funds approximately 30 percent of Howard's university and hospital operations, the appropriations do not cover the cost of overdue capital projects.

"We cannot rely on the adjacent market to house our students," he said.

So, the campus plan makes space for 70 percent of students on campus, even as the administration seeks to grow enrollment.

Administrators will be grappling with the balance between heritage, curricular goals and the need for revenue for many years to come.

It is a major undertaking, Niec-Williams acknowledged.

"There is still a lot of work to be done." 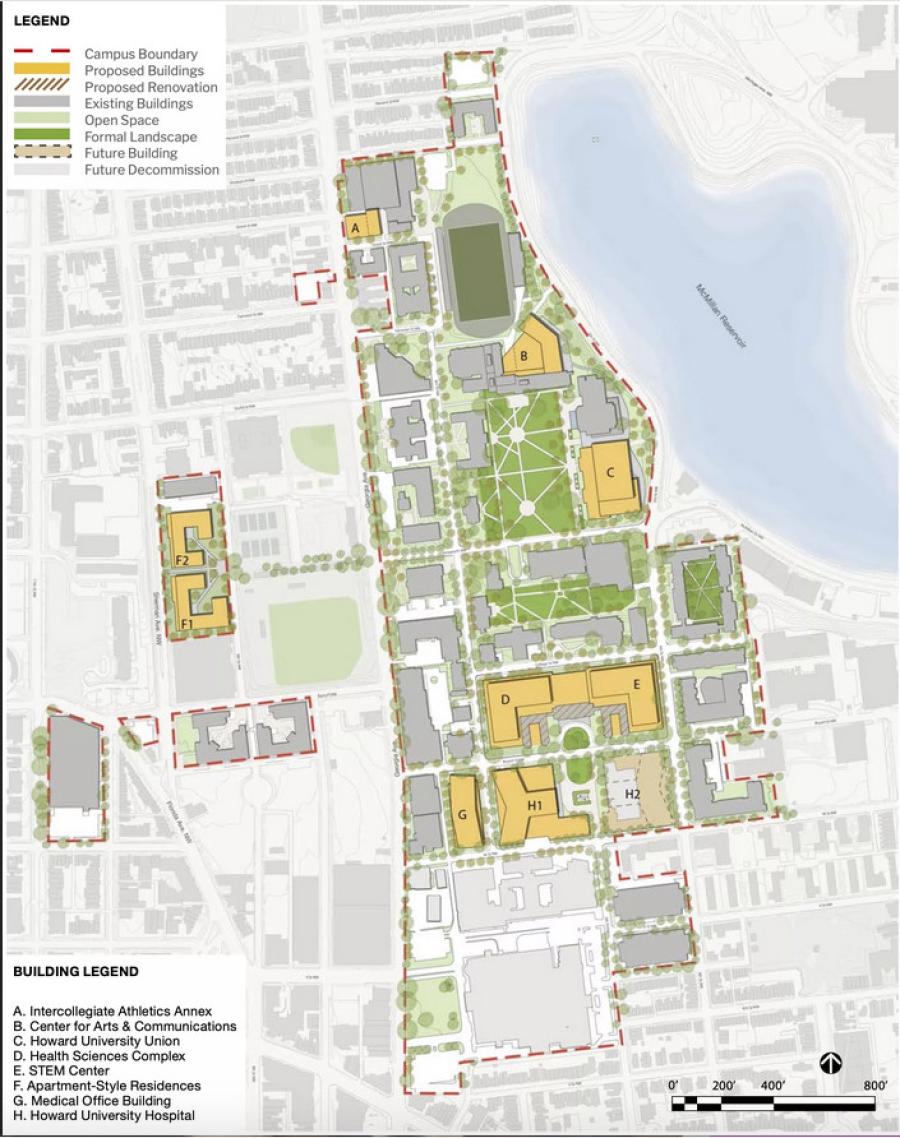