Construction on the $67.9 million project began in February 2015. Over the next six years, DelDOT will invest more than $3.4 billion on infrastructure across Delaware. 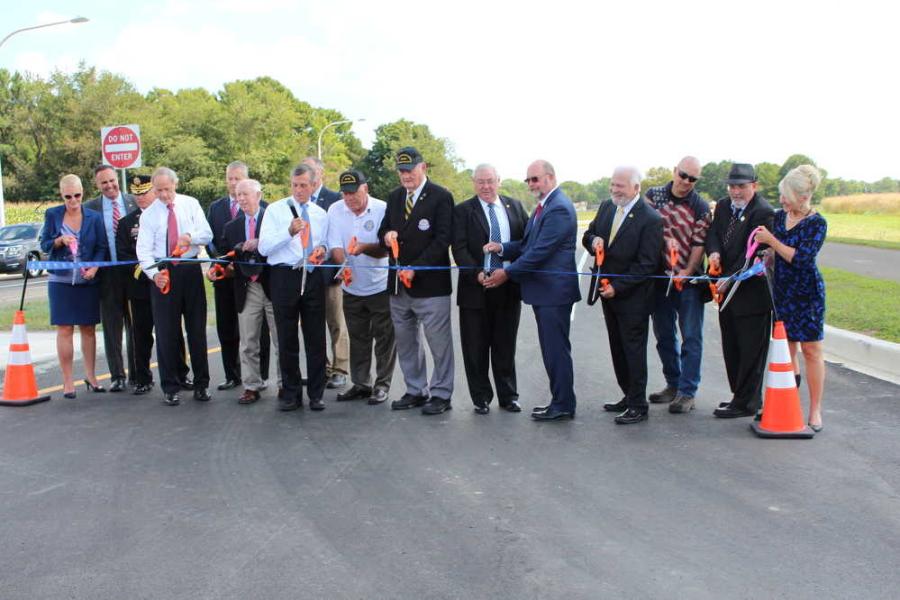 This project consists of approximately 3.2 mi. of newly-constructed roadway that runs from North Street to U.S. 13.

Construction on the $67.9 million project began in February 2015. Over the next six years, DelDOT will invest more than $3.4 billion on infrastructure across Delaware.

“With the opening of the POW/MIA Parkway today, we honor those who have sacrificed so much for our country,” said Carney. “This project also represents a significant investment in transportation infrastructure in Kent County that will alleviate congestion and improve travel throughout the Dover area. Importantly, these types of investments create jobs and spur economic development in communities up and down our state.

“Thank you to members of the General Assembly and members of Delaware's federal delegation for their support and leadership on this issue.”

“As a local resident, I am so excited for the long-awaited opening of the POW/MIA Parkway, and the convenience it will provide to thousands of residents. I'm also proud that in Kent County with such a proud military history, we are honoring those who were Prisoners of War, as well as those who are Missing In Action, and their families,” said Cohan.

“Our veterans deserve to be remembered and honored every day, and this is such a special way to remind Delawareans of the men and women who sacrificed so much for our country,” said Tom Carper, a 23-year veteran of the Navy. “This investment is also a great example of how the federal government can work with state governments to complete projects that improve our communities while also creating good jobs.”

“Today's dedication of the POW/MIA Parkway was fitting being that it is POW/MIA Remembrance Day,” said Coons. “This completion of road will greatly improve the quality of life easing traffic in Kent County. Congratulations to Governor Carney, Secretary Cohan, and everyone who helped complete the project.”

“I can think of no more appropriate occasion to open the POW/MIA connector,” Rochester said. “The POW/MIA logo is among the most powerful in our country's history. This connector will serve as a daily reminder to Delawareans of the heroes who have sacrificed for our freedom and will help us fulfill our pledge to Prisoners of War and those still Missing In Action; that we will never forget.”

After the ribbon cutting ceremony, World War II Brigadier General Jon Reynolds and Mrs. Reynolds were the first to travel across the roadway. They were followed by additional veterans and members of local Veterans organizations.

Improvements were made at the U.S. 13 intersection with signal upgrades and additional turn lanes. Auxiliary connections to New Burton Road and Wyoming Mill Road will accommodate access to the new roadway with improvements to those existing roadways to facilitate turning movements. The existing intersection of North Street and Saulsbury Road was upgraded to accommodate additional through and turning lanes for projected traffic volumes.

Multi-modal facilities are provided on the POW/MIA Parkway shoulders and an offset multi-use path. DART facilities also were installed at key locations to facilitate new bus routes along the roadway.