DelDOT Wins Project of the Year Award for I-495 Work 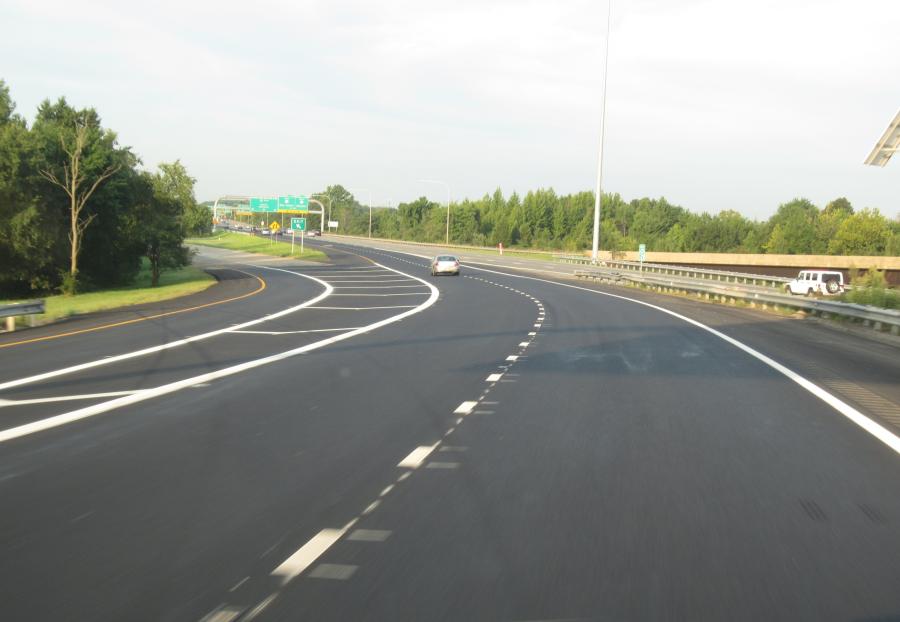 The $1.5 million project, which was completed this summer, extended the I-495 southbound travel lane 1,700 ft. beyond the merge point with I-95 southbound. The project is already showing positive results as average speeds have increased in the afternoon peak hours by almost 30 mph, from 36 mph to 64 mph, eliminating weekday back-ups that were responsible for an estimated 20,000 hours of delay annually for motorists using I-495 southbound. When comparing the last two weeks of August 2017 to August 2018, the average weekday afternoon vehicle travel time along southbound I-495 has been reduced by approximately 2.4 minutes.

The project was developed using DelDOT's state-of-the-art traffic data collection systems and was based almost entirely on traffic analyses performed using a microsimulation model (VISSIM). The early results show that the improvements being realized match the VISSIM model's predicted conditions almost exactly, easing the recurring congestion on I-495.

“DelDOT continues to integrate new technology to help us solve infrastructure problems small and large,” said Secretary of Transportation Jennifer Cohan. “I am proud of the DelDOT team and our partners on this project, RK&K Engineering and Mumford and Miller Concrete Inc., for the design and execution of this project that was completed in a relatively short time-frame, reducing traffic congestion for thousands of motorists each day.”

MASITE is one of more than 80 local/regional chapters of the Institute of Transportation Engineers (ITE). The MASITE section covers Pennsylvania, southern New Jersey, Delaware and West Virginia, and currently has more than 600 active members.