The refinery site sat dormant for years in hopes of being purchased and put back into production again. 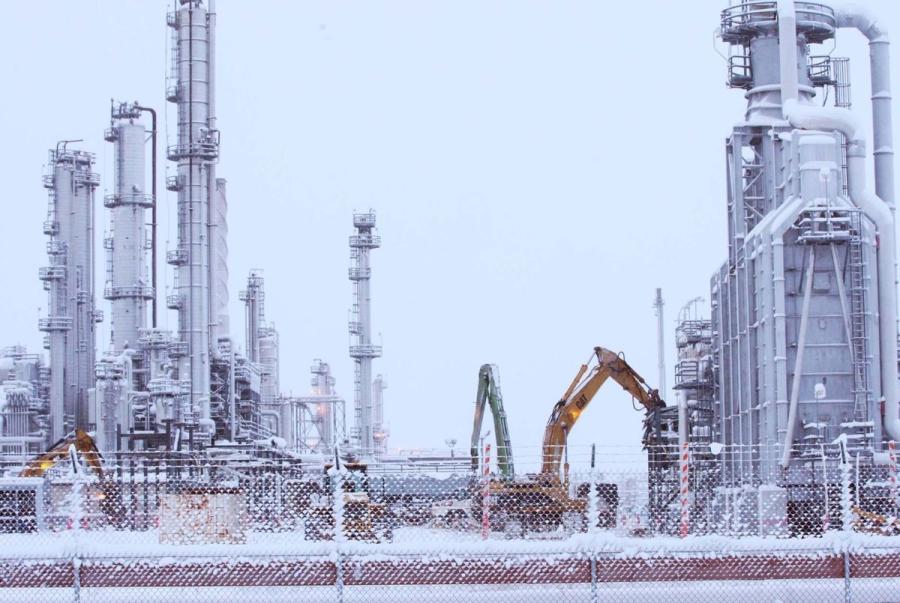 The company that owns the shuttered North Pole Refinery has begun its demolition.

The decision by Flint Hills Resources to tear down refining facilities ends modest hope that a buyer could resume operations, the Fairbanks Daily News-Miner reported.

“With no parties interested in purchasing and operating the refinery, the prudent step is to demolish the refinery to best protect the site and repurpose the site for productive future use,” he said.

The refinery opened in 1977. Flint Hills in 2014 ended refining operations but continued using the property as a storage facility.

Flint Hills cited an increasingly difficult market and environmental cleanup costs from a chemical spill under a previous owner for shuttering the plant. The refinery was mothballed so a prospective buyer could resume production.

The reduced property value of the plant will have revenue consequences for the city, Ward said. The tax value already had been reduced more than half after refining ended.

Until 2014, the plant was producing jet fuel, diesel, gasoline, asphalt and specialty fuels from North Slope oil transported through the trans-Alaska oil pipeline. More than 100 people worked at the refinery.

Dismantling the site is an unhappy development, said Jim Dodson, executive director of the Fairbanks Economic Development Corp., even though the refinery already was dormant.

“It's unfortunate. It's a loss to Alaska and a loss to Fairbanks,” Dodson said. “We try to assure that value is added to a raw material before it leaves Alaska, which would create jobs here.”

“It still is zoned for refining,” Isaacson said. “Just because they are taking out old equipment doesn't mean that someone couldn't put in new equipment somewhere down the road if the economy called for it.”—AP