An estimate of when the crucial commuter route will reopen was given by GDOT executives. 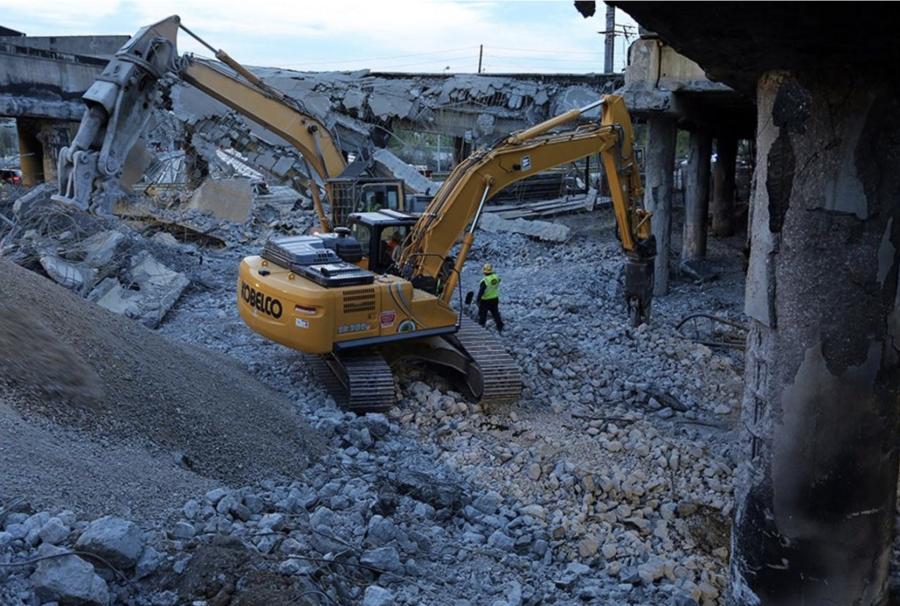 Demolition of the bridge. GDOT

Eight days after a section of I-85 in Atlanta lay in ruins, a contractor has already cleared the rubble and is beginning construction on a replacement span.

On April 7, workers began shoring up existing columns they were able to salvage, and beams to support the new elevated stretch of highway will begin arriving by April 15, according to the Georgia Department of Transportation.

"This is really a milestone for us," GDOT construction director Marc Mastronardi said at a press conference at the construction site.

I-85 has been closed at Piedmont Road in Buckhead since a section of the highway went up in flames late in the rush hour on March 30. The fire — allegedly started by a homeless man and fed by construction materialstored under the bridge — destroyed the northbound lanes and irreparably damaged the southbound lanes.

Some 350 feet of highway must be replaced in each direction. The first step, demolishing of the old sections, has been completed.

Contractor C.W. Matthews began clearing the debris a week ago and has pledged to work round the clock to complete the new bridge. Crews even did some work Wednesday, when storms rolled across the Atlanta region.

"It was not a lost day," Mastronardi said.

On Friday they began pouring concrete to shore up 13 columns from the existing bridge. By mid-month some of the 61 beams needed to support the highway will begin to arrive.

GDOT officials say I-85 will reopen by June 15.