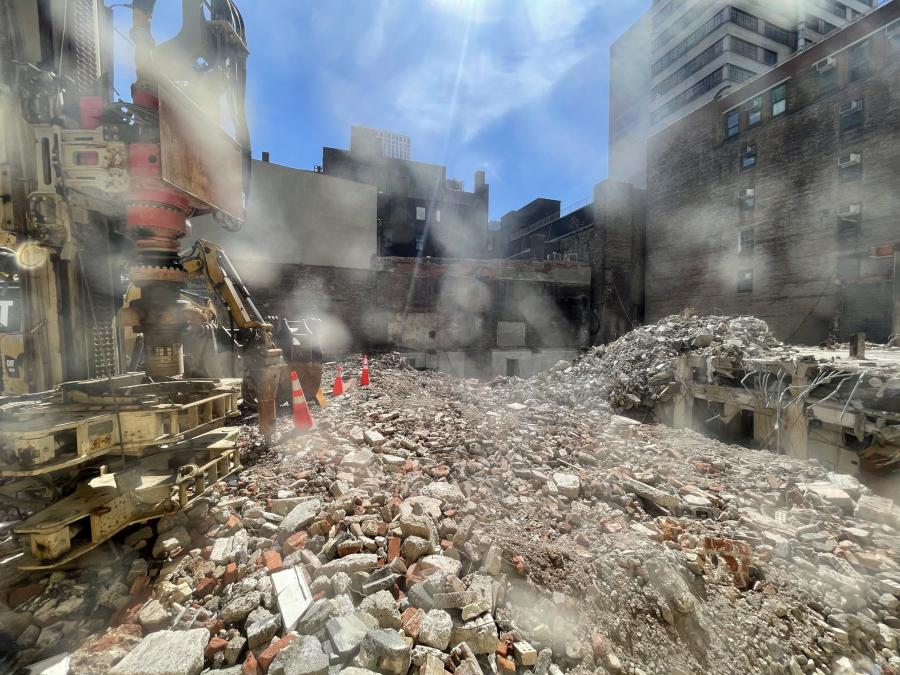 356 Fulton Street is part of the ongoing Brooklyn construction boom that transforming the borough’s skyline with a myriad of both residential and office buildings. (Michael Young photo)

Demolition is almost complete at 356 Fulton Street, the site of a 43-story mixed-use tower in downtown Brooklyn, N.Y.

The property is located at the corner of Fulton Street and Red Hook Lane.

It was designed by MdeAS Architects and SLCE Architects and developed by Jeff Mongno of The Feil Organization. Each firm has its headquarters in New York City.

The old three-story structure that once stood on the site is almost completely razed, with only a fragment of the superstructure and below-grade levels remaining. Excavators are clearing the site of dirt, bricks, debris and mounds of concrete rubble from the former edifice, YIMBY reported.

Demolition should fully wrap up in the coming weeks, and work on the new foundations could start in the latter half of 2022.

A rendering of the tower reveals that a multi-story podium spans the entire parcel and is topped with an outdoor terrace, followed by the lower half of the skyscraper, which uniformly rises as a rectangular volume.

The architects designed a midway setback dividing the upper part of the tower, which then rises at a 90-degree angle, with its wider profile oriented east to west. The building culminates with a mechanical bulkhead below the flat roof parapet.

The rendering appears to show that the main tower is clad in floor-to-ceiling glass and gray metal panels, while the podium features a darker colored curtain wall.

Another in a Line of Glittering Brooklyn Towers

New York YIMBY reported that the construction of the 356 Fulton Street project is just one part of the ongoing Brooklyn construction boom that is transforming the borough's skyline with a multitude of both residential and office buildings.

Within the new skyscraper will be 329,305 sq. ft. of residential space, with 30 percent of the units designated as affordable housing.

Construction will consist of a reinforced concrete structure and include two cellar levels, a 30-ft.-long rear yard, and 146 open and enclosed parking spaces.

A completion date for 356 Fulton Street is still unclear, though it is expected to be finished around 2025. 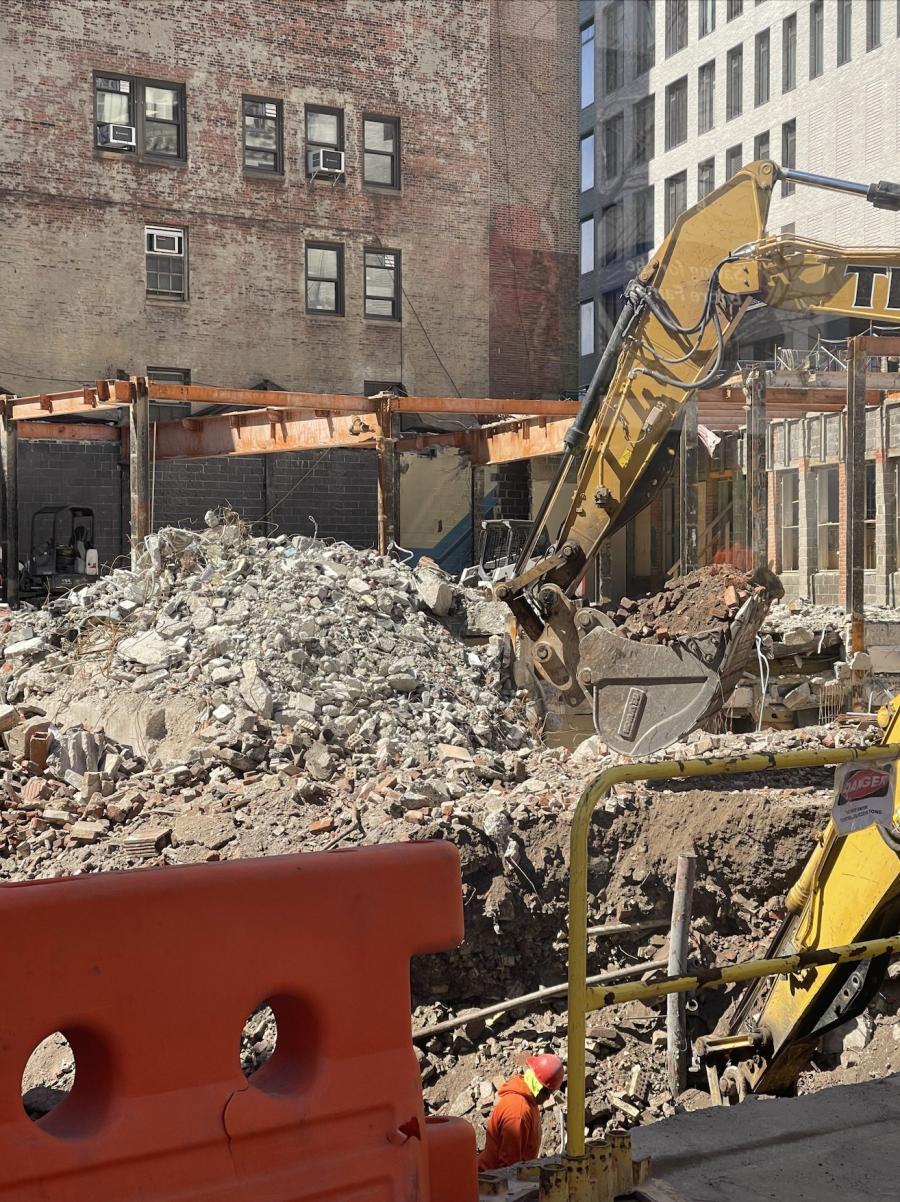