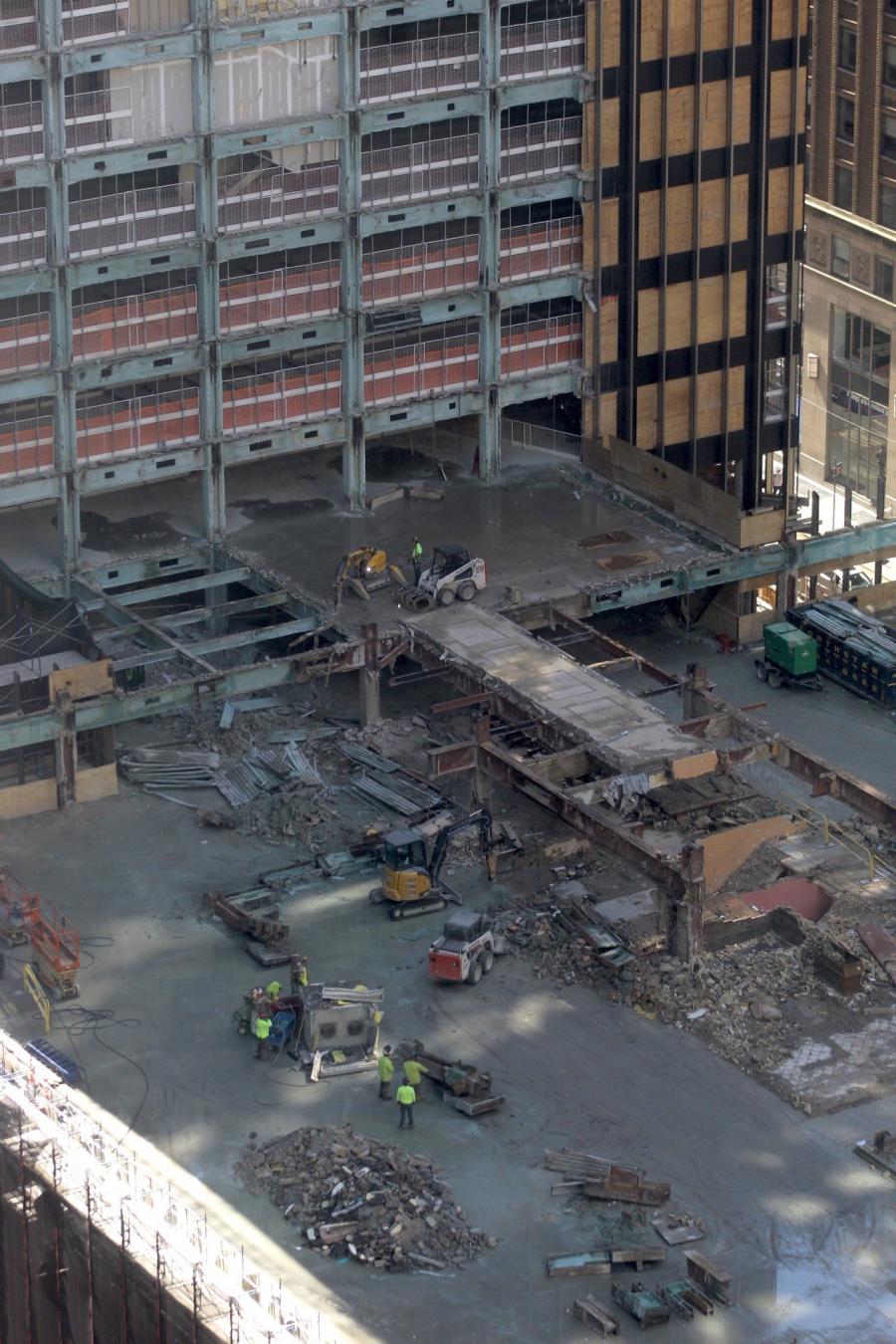 Formerly referred to as the Union Carbide Building, the financial company is in the midst of razing the 707-ft.-tall mid-century skyscraper in order to make way for a 1,425-ft.-tall, 2.5-million-sq. ft. supertall, which will be one of the tallest structures in New York City.

The building's western podium annex is almost completely gone, with only a couple floors remaining. This looks to be the fastest part of the demolition process. Views from above show a team of machinery busily ripping apart the steel structural columns, girders, and beams, while large chunks of the concrete floor slabs and torn metal decking have been removed and lay in piles waiting to be hauled away.

Most of the skyscraper is still standing, though the demolition progress is apparent. A huge amount of scaffolding and black netting shrouds all four sides of the superstructure, except for the area around the base of the construction crane on the southern elevation facing East 47th Street. This assembly is divided with the use of three platforms located on the 16th, 29th, and 41st floors of the structure.

The crane is dismantling each floor and removing debris along the way. The platforms on the south side of the building jut out on all four sides from the steel exterior. They help to support the weight of the external scaffolding and ultimately serve to break up the skyscraper and demolition process into a quartet of major sections and stages. 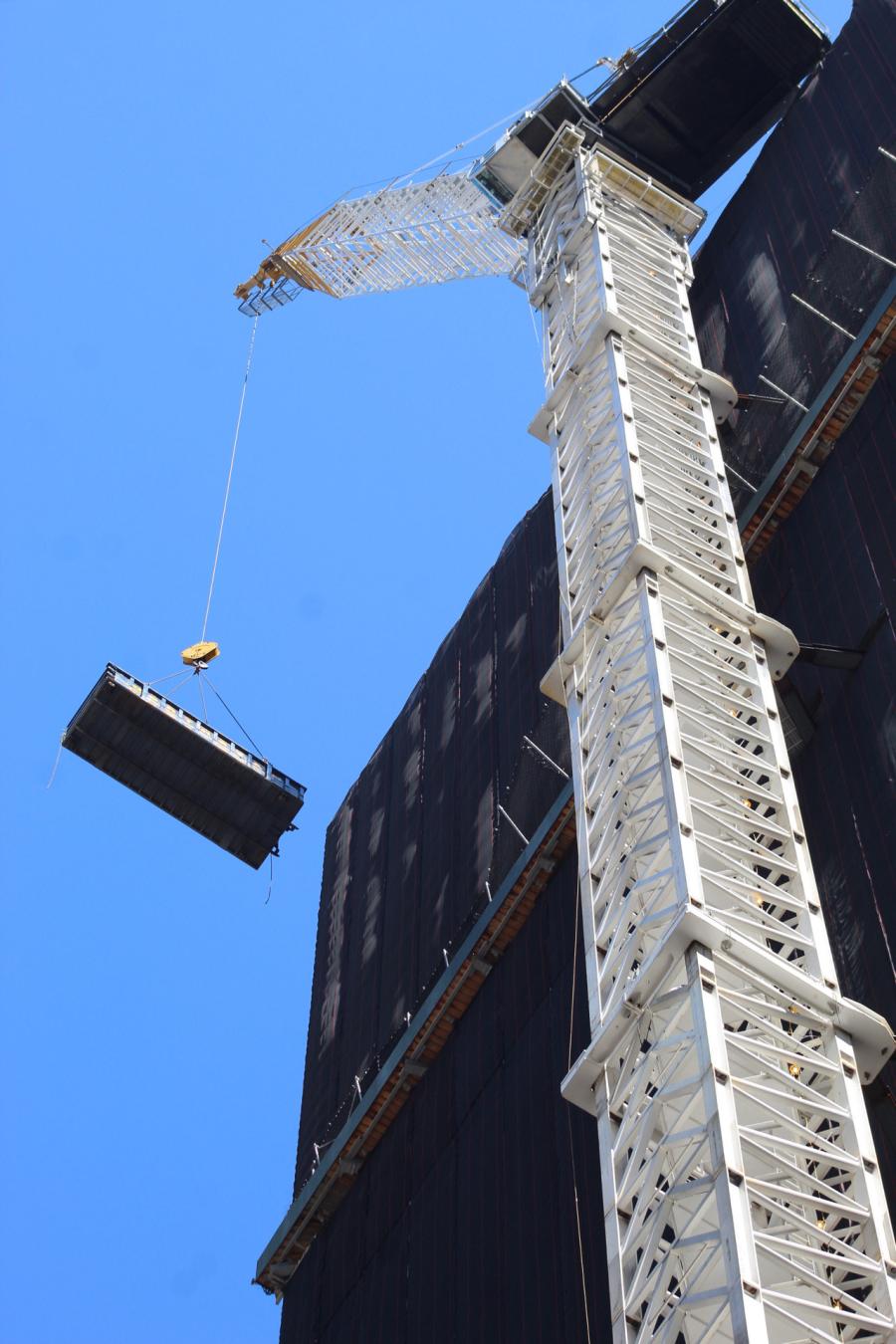 The crane is dismantling each floor and removing debris along the way. (Michael Young photo)

The interior floors of the current 270 Park Avenue structure have been stripped to the bare bones of the concrete and steel superstructure, which allows crews to easily bring down the edifice floor by floor. The repetitive stack of rectangular-shaped floor plates and columns also accelerates the process.

When the demolition project is finished, 270 Park Avenue will make history as the tallest building ever to be peacefully taken down. The record has long been held by the Singer Building, which was torn down in 1968 to clear the way for the construction of One Liberty Plaza.

Expectations are that the building will be fully demolished in 2021. A completion date for the new JP Morgan headquarters taking its place, as well as a finalized rendering of the office supertall, have yet to be disclosed.