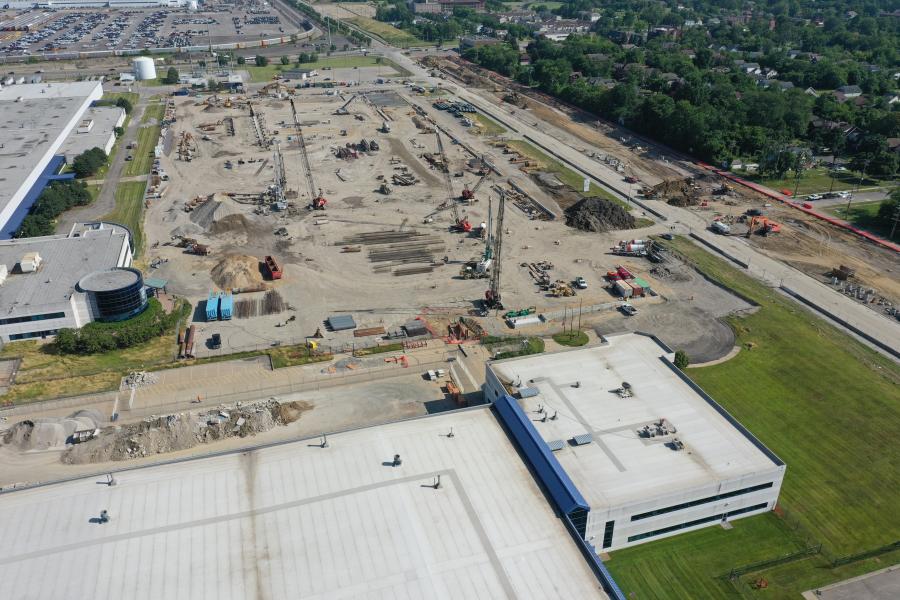 A drone photo taken on July 12, 2019, shows work is under way to prepare the site for the new paint shop at Mack Avenue Assembly Plant in Detroit.

The first new assembly plant to be built in the city of Detroit, Mich., in nearly three decades is beginning to take shape for Fiat Chrysler Automobiles (FCA). Plans are for it to be up and running by the end of 2020.

The company announced in Feb. 2019 that it planned to invest a total of $4.5 billion in five of its existing Michigan plants, and to work with the city of Detroit and state of Michigan on building a new assembly plant within city limits.

FCA reported that the plan is to increase capacity to meet growing demand for its Jeep and Ram brands.

The project reached a milestone on Aug. 13, when the first piece of steel was raised for the nearly 800,000-sq.-ft. paint shop being built on the site of the former Mack Avenue Engine Complex. 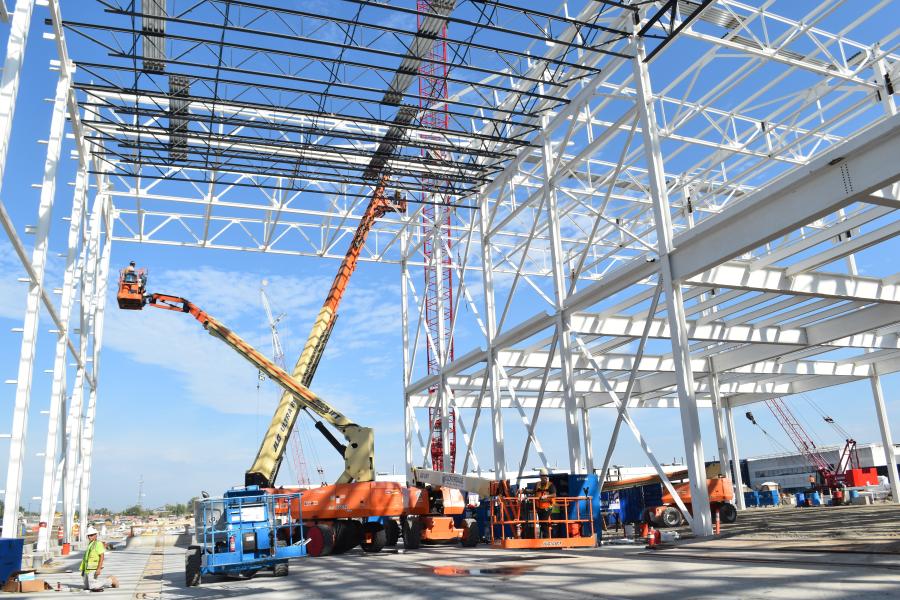 The two existing facilities are being renovated. Mack II, which has reportedly been idle since 2012, will become the new body shop. Mack I, which until June was producing the Pentastar engine family, will become the general assembly area.

Jodi Tinson, who handles communications for manufacturing and labor for FCA, reported that the company does not disclose its contractors. She noted that challenges with the project include "time frame, working in an urban setting and weather."

FCA reports that the total pavement for the facility will be 3 million sq. ft. (53 football fields).

The general assembly building will be 1.05 million sq. ft. and it will include 7,000 lineal ft. of pipe and 28 new truck docks.