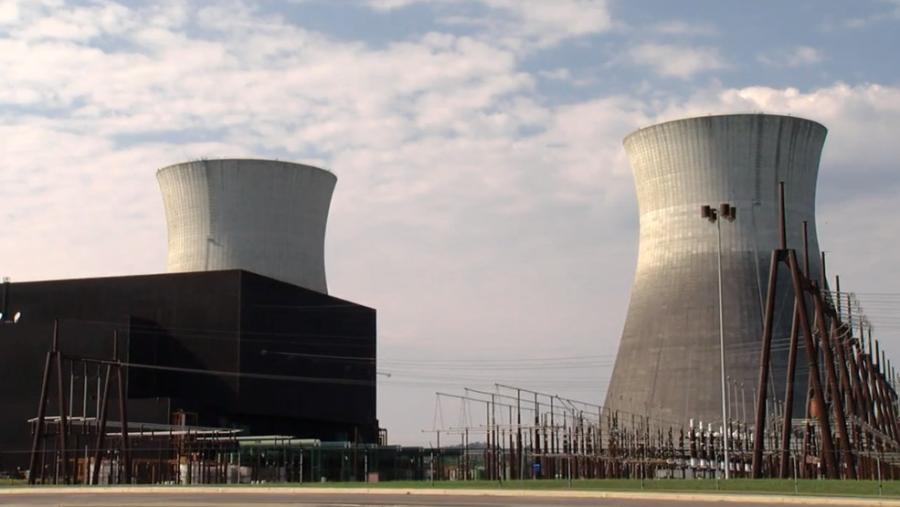 Nuclear Development LLC was the top bidder when the Tennessee Valley Authority auctioned the Bellefonte Nuclear Plant in 2016. (WTVC photo)

HOLLYWOOD, Ala. (AP) A businessman says that he's assembled a group of nuclear engineering and construction firms to finish building an idled nuclear plant in northern Alabama in the next five to six years.

Haney said he has unnamed parties interested in buying the entire electricity output of the Unit 1 reactor at Bellefonte. He's looking for buyers of power from the second reactor at the plant, The Chattanooga Times Free Press reported.

Canada-based SNC-Lavalin is working with Haney to oversee completion of the twin-reactor plant.

Bellefonte's projected completion cost is far below the projected $20 billion or more to finish the Plant Vogtle nuclear facility in Georgia, said Preston Swafford, the chief nuclear officer of SNC-Lavalin.

“Only about 20 percent of this project is new work,” Swafford added, noting that Bellefonte's projected completion cost is far below the projected $20 billion or more cost for Plant Vogtle.

He said the Alabama project is far different from construction of the Georgia facility or a failed nuclear project at the V.C. Summer Nuclear Station in South Carolina. Two additional nuclear reactors at the South Carolina facility were abandoned a year ago without ever generating power despite a decade of planning and construction.

“We're not talking about building a new plant from the ground up. One of the reactors here was once 95 percent done, and fuel was even loaded here, so we're confident it can be finished using proven designs and approved technologies.”

Completion of the Alabama plant would have an economic output of more than $12 billion and create more than 8,000 jobs, the Jackson County Development Authority has projected.

The plant is about 50 mi. southwest of Chattanooga.