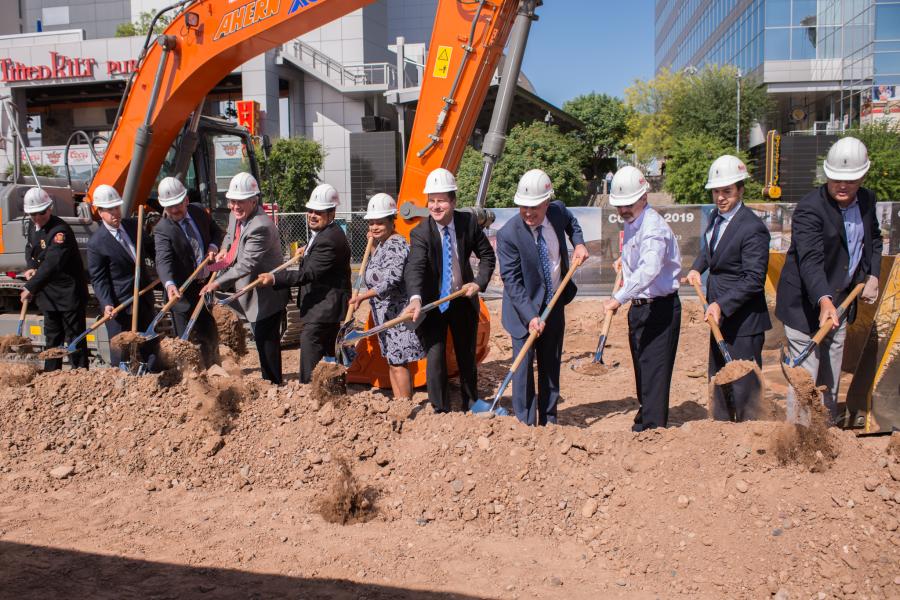 Phoenix-based RED Development is heading up the project, which is across from RED's CityScape, a 1.2 million sq. ft. (1.1 million sq m) multi-use development. CityScape is home to retail and entertainment venues such as Urban Outfitters, Charming Charlie, Lucky Strike, Stand Up Live Comedy Theater, The Arrogant Butcher, Squid Ink Sushi Bar and more.

Both developments are expected to breathe new life to downtown Phoenix, and bring residents, businesses and investors to the area. Block 23 is expected to be complete in 2019.

According to local media, pre-construction activities yielded interesting finds. Archaeologists discovered artifacts from what is believed to be a prehistoric pit village. The ancient pit yielded human bone fragments, which were found and removed after a representative from the Gila River Indian Community performed a ceremony over the remains.

Also, the site was once home to the city's first fire station. The foundation from the structure was unearthed and examined by archaeologists. In addition, the site is the former home of Phoenix City Hall, the Fox Theater and J.C. Penney. Most recently, it was a parking lot.—CEG