On July 19, Diamond Equipment hosted an open house servicing the Nashville area at its location in La Vergne, Tenn., that also doubled as a celebration of the company's 50th anniversary. Customers in attendance were treated to prize giveaways, free barbecue and drinks as well as special discounts on parts and equipment.

The origins of Diamond Equipment can be traced back to 1969 when Terry Clement opened a Case Construction dealership in Evansville, Ind. Terry's son, Dave, grew up in the family business and joined the sales team in 1985. Dave took over Diamond Equipment following Terry's retirement in 1999 and he continues to use the same business principles he learned to this day. Dave's two sons represent the third generation of family ownership.

Like most successful family businesses, Diamond Equipment has a loyal group of employees who have been with the company for many years as it eventually expanded to five locations. The brand of equipment carried by Diamond includes construction equipment from Case; Hyundai; Takeuchi; Terex trucks; Skyjack; Skytrak; Noram motorgraders; Epiroc and Allied hydraulic hammers as well as ground engaging tools and attachments. CEG 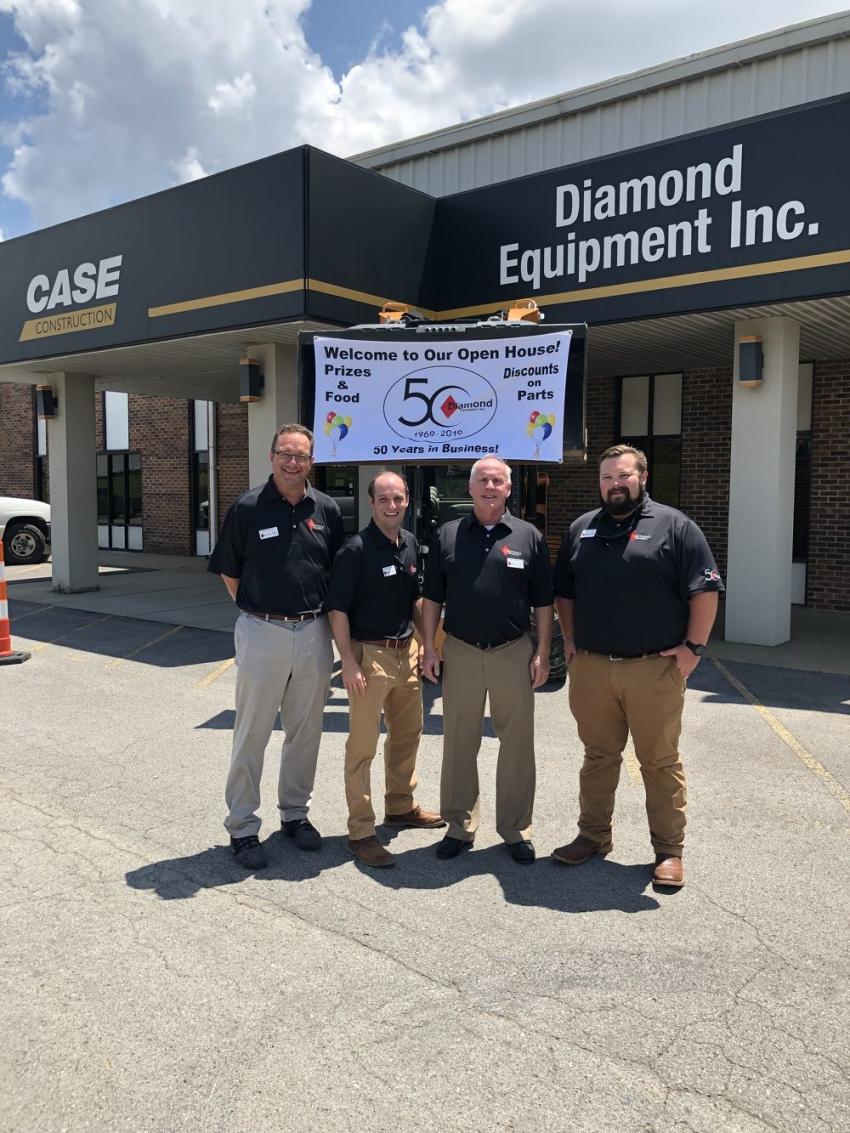 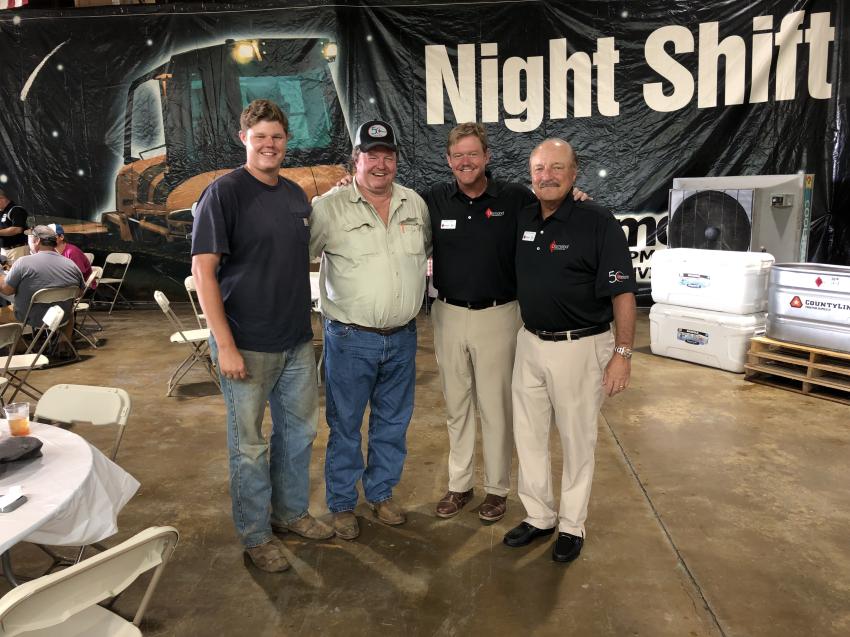 (L-R): Martin and Mike Mofield of Mofield Brothers Construction in Carthage, Tenn., along with Bobby Cyrus and Dave Clement of Diamond Equipment. 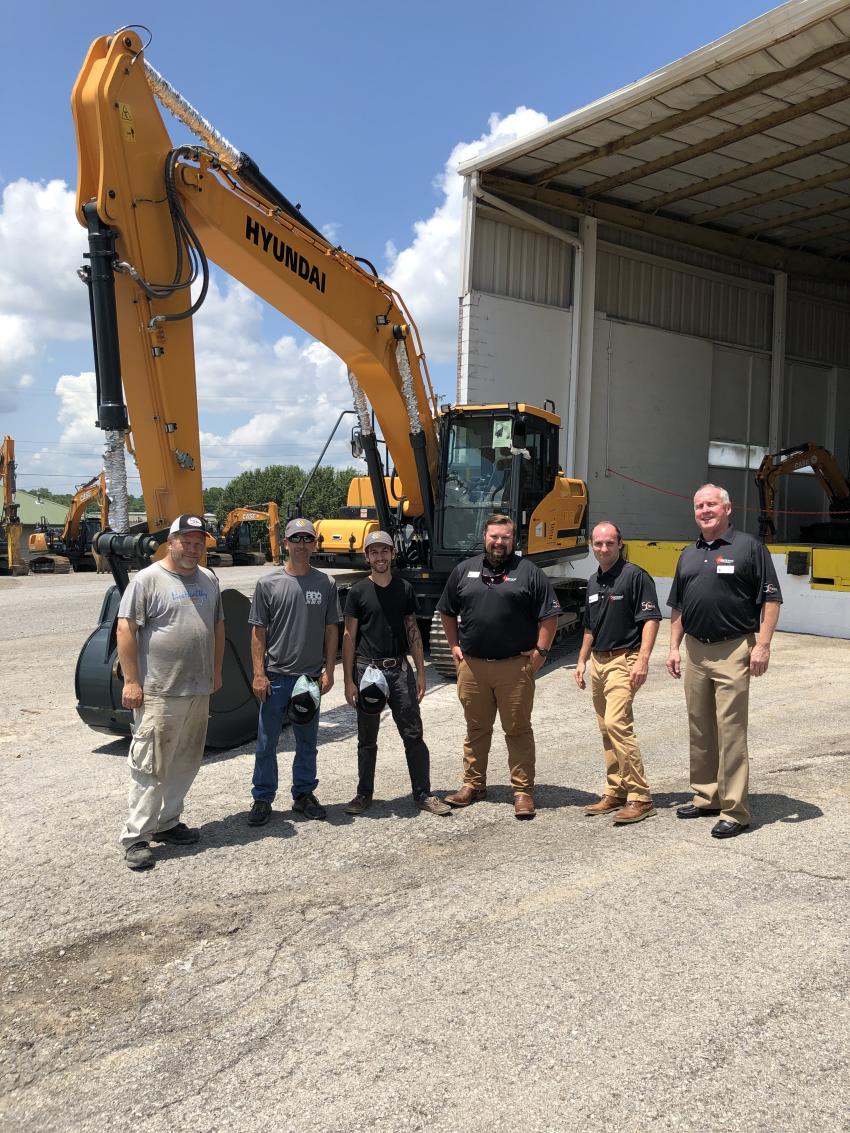 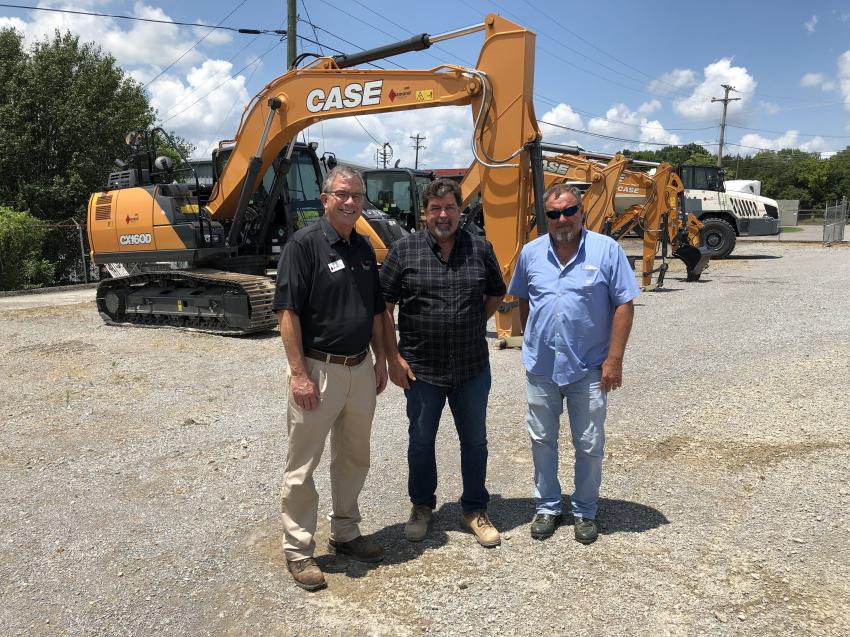 The company had a good selection of Case excavators on hand for its guests to look over. (L-R) are Craig Feldner of Diamond Equipment; Marlon Cunningham of Cunningham Construction & Development in Nashville and Jeff Donegan of the city of Brentwood, Tenn. 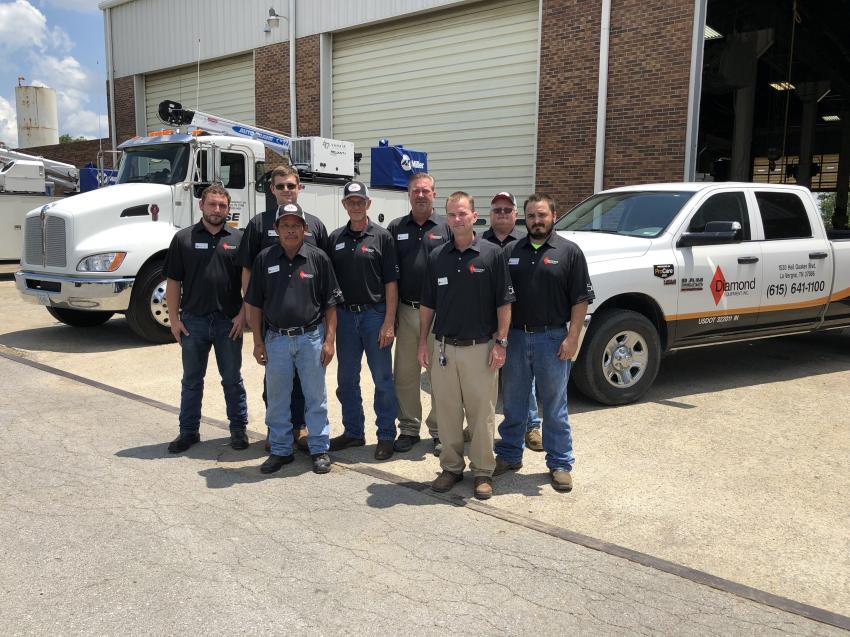 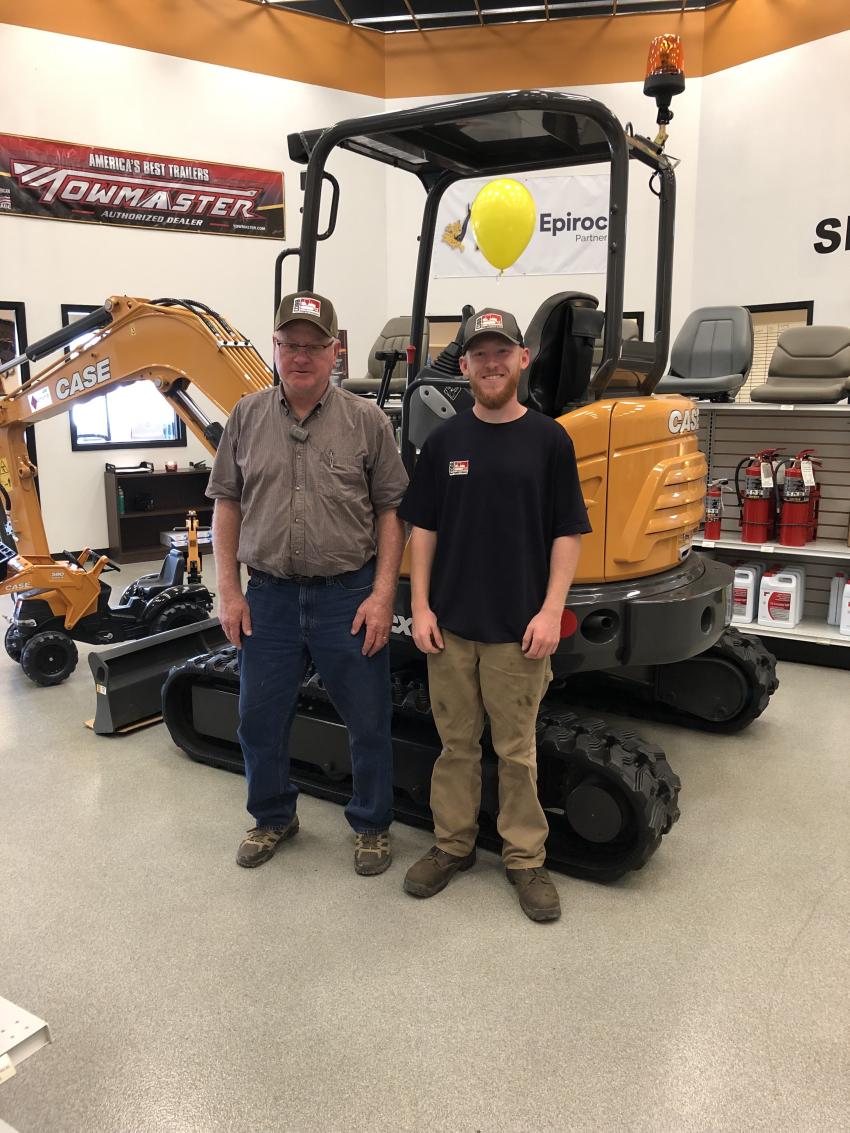 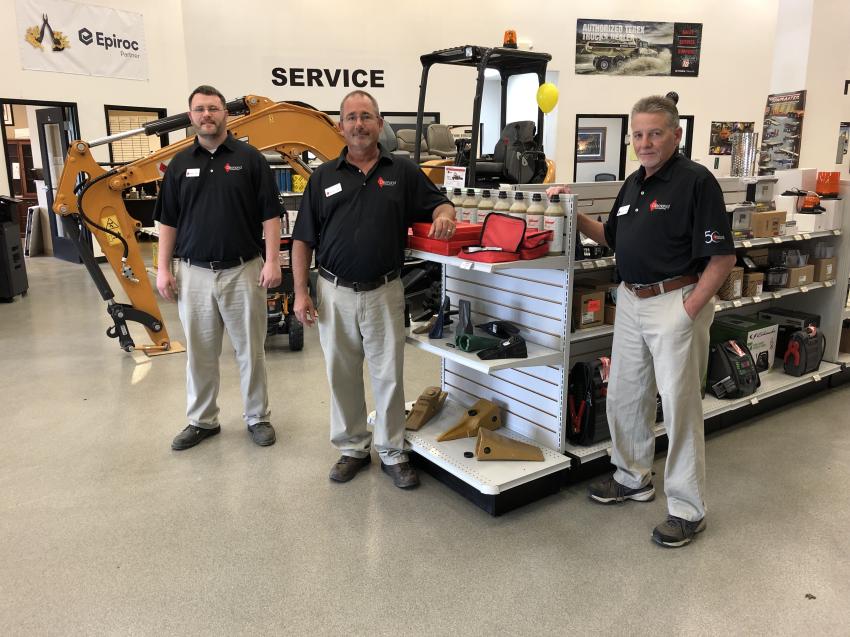 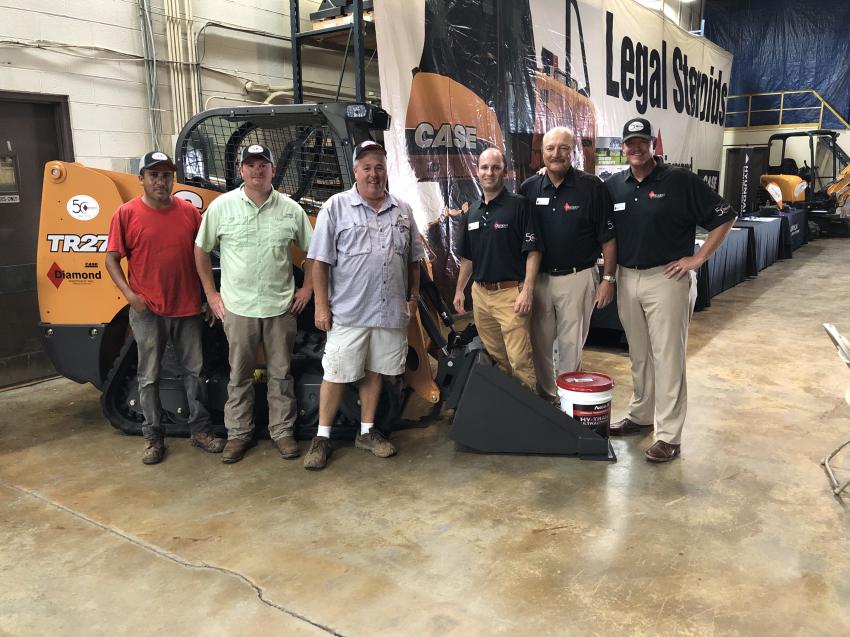 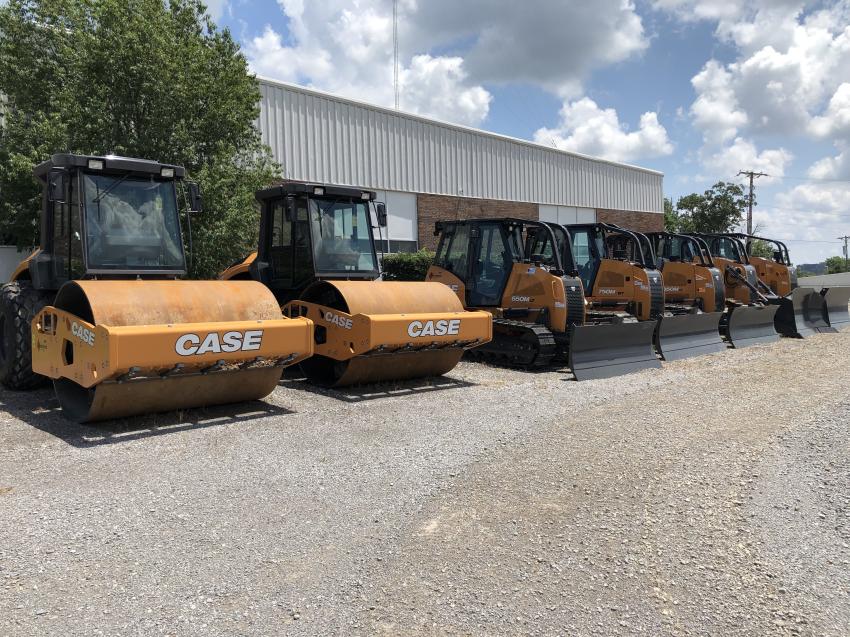 The company had Case dozers, compactors and other products for its guests to look over.