Diamonds Are a Road's Best Friend in N.C. 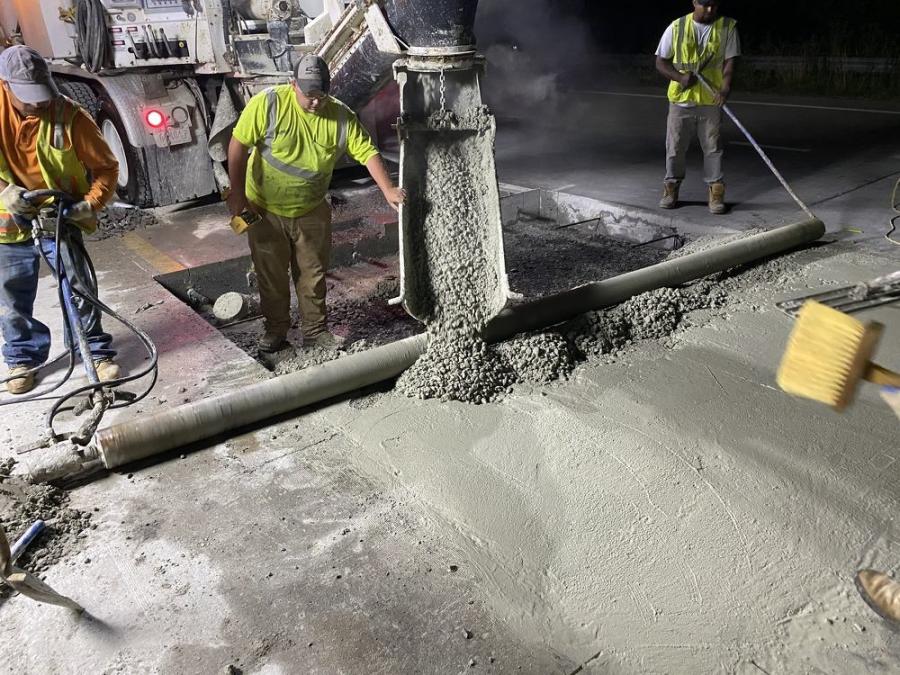 The limited length of the nightly lane closures dictated the type of concrete used for the repairs, which was high early-rapid-set concrete, a fast cure type as opposed to a standard concrete that would take seven days to cure. (Diamond Surface Inc. photo)

The work on the north-south concrete road began in March 2019 and has to be delivered on Oct. 15. The project is being financed by state and federal funds.

"They are repairing worn areas as needed, and in the end will diamond grind the entire stretch included in the project," said Aaron Moody, public relations officer of NCDOT.

"The overall concrete pavement is in very good condition, with some minor spalling-type repairs and cracking," said Patty Eason, NCDOT's division construction engineer. "The concrete was placed in 2007 and opened to traffic in February 2008 as a section of the Greensboro Urban Loop. Every seven to 10 years we have started doing diamond grinding to refresh these surfaces, to take out some of those irregularities and do any repairs that needed to be done." 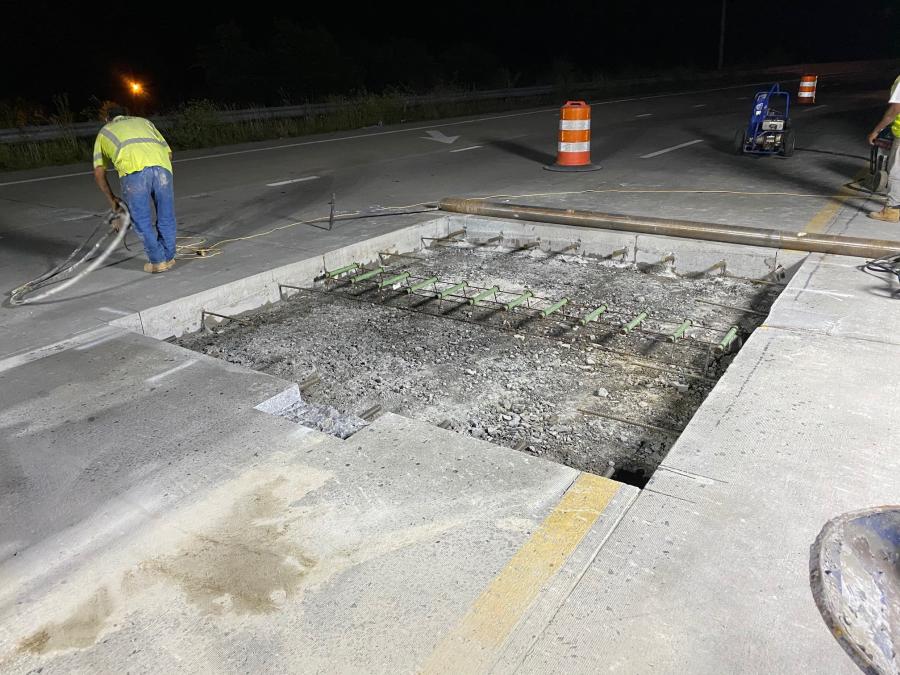 This project reflects NCDOT's desire to do preventative maintenance to reduce more expensive major repairs and reconstruction in the future.

"We like to be proactive when funding allows for us to do that," said Eason.

This section of road, with four lanes in each direction, on a daily basis carries between 50,000 and 60,000 vehicles, with 10 to 12 percent consisting of trucks.

"This is a pretty straight-forward project and it has been in the works for the last 1.5 to two years," said Eason. "We expect the concrete pavement to last 25 years overall. So once we've done this work, we expect to get another 10 to 15 years out of it."

NCDOT's goal is to diamond grind all of the Greensboro Urban Loop.

The DOT inspects its bridges every two years. The joints are being repaired to prevent leaking to avoid damaging the bridge infrastructure.

"The joint sealant sometimes starts to weather and you want to avoid getting water down in your beams, girders and infrastructure," said Eason. "After this project we'll have to look at it again in another eight to 10 years."

Diamond grinding the surface of concrete roads has several benefits, including eliminating ridges in the pavement, where water can build up, and ensures water flows to the side of the road.

"You start getting a little bit of loose material and some of those areas will start to chip away," said Eason, "and your ride starts to get not as smooth as you would like for it to be. Diamond grinding will certainly smooth out the pavement and take care of those irregularities and for residents adjacent to the road, reduces the noise." 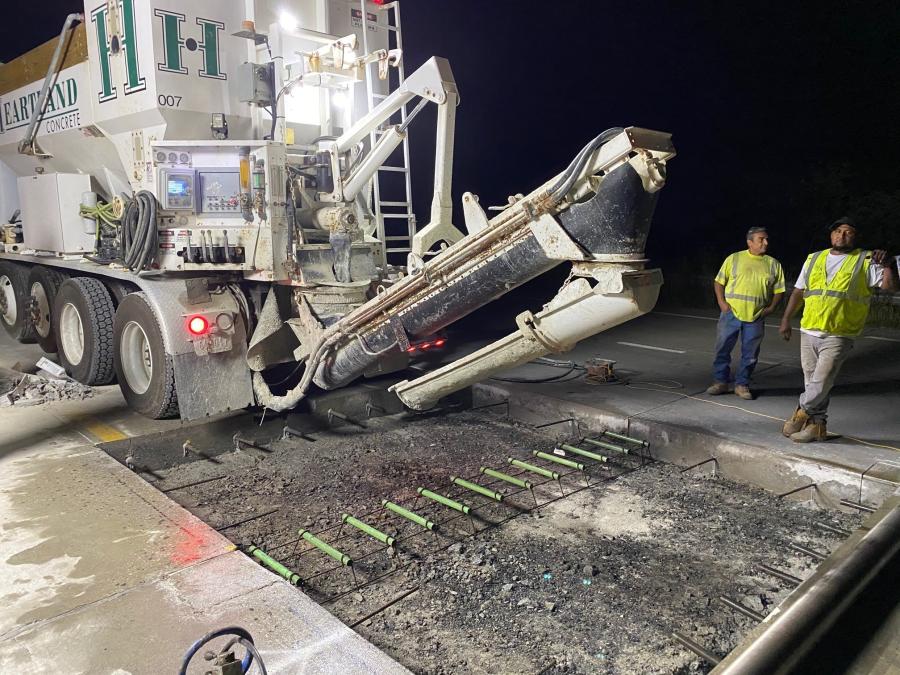 The blades for the grinding are diamond tipped.

"This process has been in construction quite a number of years and it's been a fairly standard practice," said Eason. "It may not have been used quite as much until the last 10 or 12 years."

The traffic management plan is based on nightly lane and ramp closures and detours on weekdays and weekends to maximize production.

"Drivers should be mindful of crews working in this area and allow extra time for the detours," noted an NCDOT press release for the project.

Due to the daytime traffic, most of the work occurs at night when traffic volumes are lower.

So far Diamond Surface has completed the repairs on both sides of the road and has started the diamond grading process. The repairs for the bridge joint will be done last.

Traffic and working at night have been the primary challenge for the crews.

"Any time that a contractor has to work at night under traffic, safety is always a challenge," said Eason. "Accidents in work zones are a lot more frequent than we would like for them to be. Working at night, sometimes fatigue and visibility are issues."

The road repairs began on the northbound lanes and then switched to the southbound lanes. NCDOT and Diamond Surface inspected the highway to identify where repairs were needed prior to and during the operations.

"With no traffic you could identify more of what really needed to be repaired," said Eason, "but amount and types of repairs needed varied and it was not significant at all. For small repairs, they cut out a small section of the road. If the repair was larger, full depth repairs may be necessary. The highway was concrete paved — it wasn't concrete slabs — so it wasn't necessary to remove the whole slab." 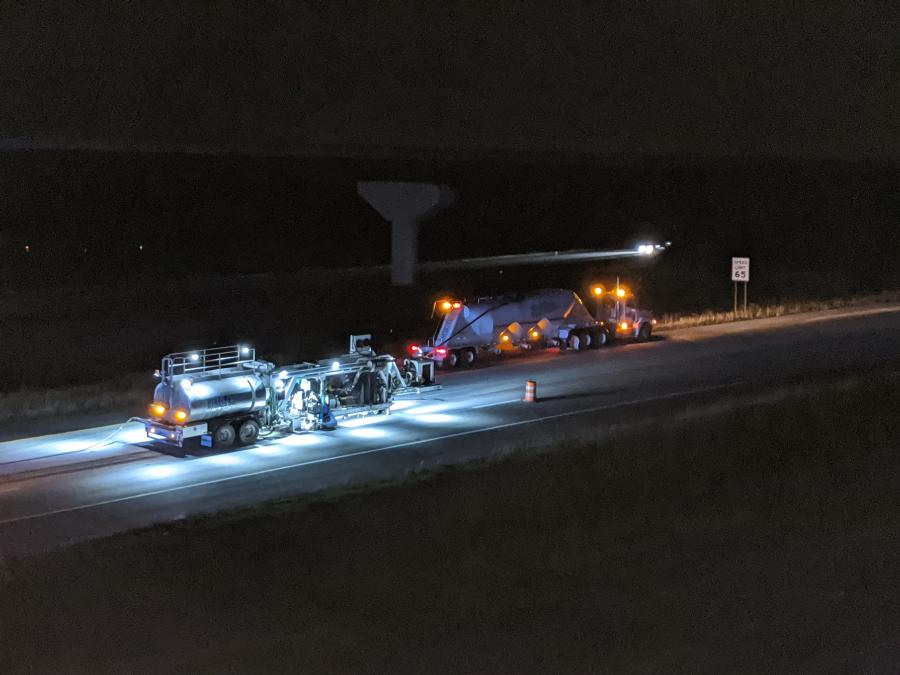 The limited length of the nightly lane closures dictated the type of concrete used for the repairs, which was high early-rapid-set concrete, a fast cure type as opposed to a standard concrete that would take seven days to cure. This type costs around $500 per-cubic yard, about 3.5 times the price of standard concrete.

"As it was curing, they would test it, looking to get the strength of 4,000 psi before we could put traffic on it," said Eason.

"Repairs to the slabs was very minimal — there were only four of them and 300 square yards in total," said Terry Kraemer, Diamond Surface's owner and CEO.

The diamond grinding operations began in early June and should be completed in early August. This work usually involves having three grinding machines — PC6000ECs manufactured by Diamond Products Inc. (DPI) — with 4-ft. heads on them operating in tandem for a single lane.

"They grind approximately 1/4 of an inch with the diamond tipped saws," said Eason. "The grinders get very hot and water is used to cool them off. They have a capture system, like a vacuum that picks up the water and slurry as they are ground so that it can be disposed of properly."

Crews are grinding the inside lanes first and, after circling around the work zone, will focus on the outside lanes.

"The weather hasn't cooperated very well, but the operations have commenced," said Terry Kraemer. "The PC6000s are absolutely crucial. These are very specialized pieces of equipment. There used to be other manufacturers, but it's a specialized niche. The market for grinding is growing, but there is only one manufacturer right now."

For this project, Diamond Surface purchased a TPH slurry press and other TPH equipment to process the slurry, which squeezes the liquid to separate the water and ground concrete. 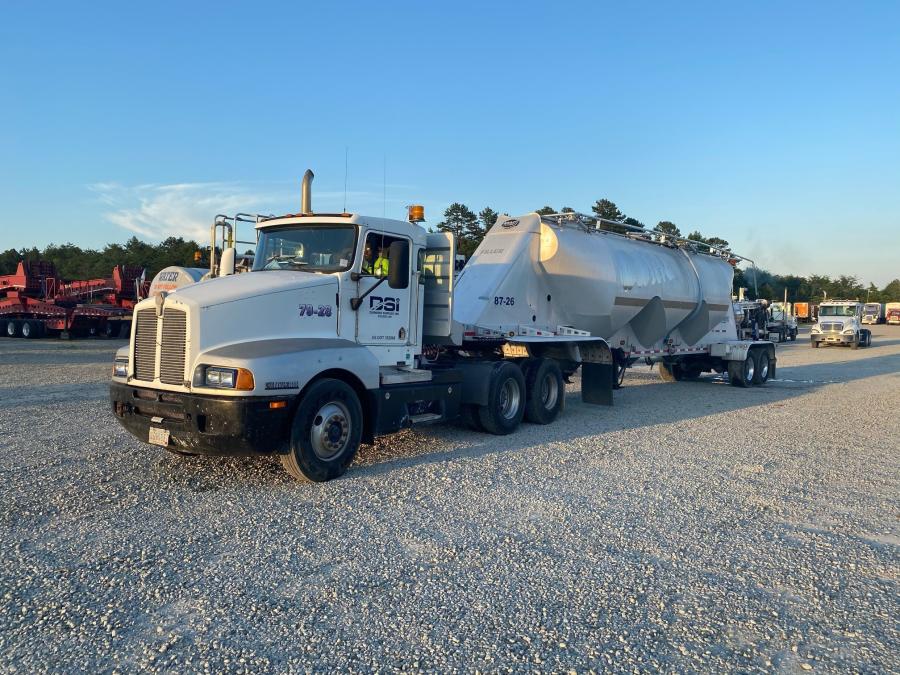 Kraemer noted that the crews are eager to see how the slurry press operates in the field and to learn how to maximize its capabilities.

"It leaves you with a cement by-product that kind of looks like a pillow once it's pressed," he said."We haul this material to a recycling center that is close to the job."

Kraemer is a big supporter of concrete roadways and stresses how grinding them extends their lifespan.

"I've been in this business for 42 years often [concrete pavements are ignored] because they think they're going to last 25 years," he said. "What NCDOT is doing is very smart — they're fixing all the little defects right away and grinding the surface to add life to it. By keeping the pavement smooth, as we do with the diamond grinder, it increases the pavement life, on average, by 17 years and you can safely grind a road two or three times.

"I'm from Minnesota and by far the best pavement here also is concrete," he added. "Concrete roads can be constructed in which freeze-thaw doesn't affect them. You have the same basic issues on asphalt as you do concrete with freeze-thaw — it's just a little bit easier to design your concrete pavements around that process."

As noted, the bridge joints will be done last, most likely starting in late July/early August.

"We don't want to pull them out with the grinding going on," said Eason. "They'll remove the joint material, clean it out and reseal the joint. For some, we may need to do additional work and they'll replace whatever is required. This is a relatively new roadway — it isn't the kind of extensive bridge deck rehabilitation that you would normally have with hydro demolition or something like that."

"They've progressed well and have been good to work with," she said. "We have supplemental agreements if there is additional work to be had and if we missed something in the contract." 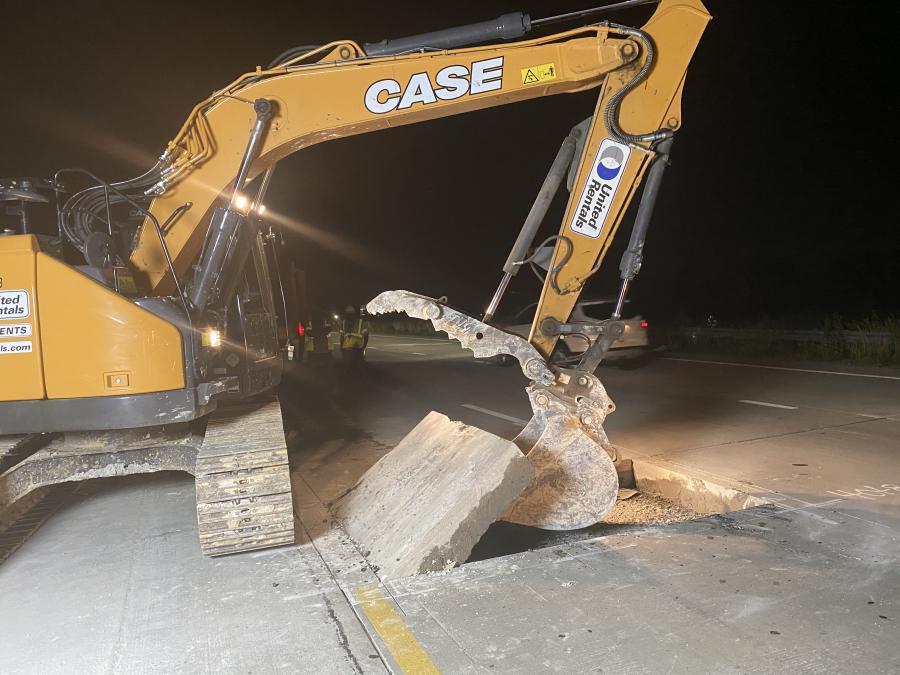 Crews removed 300 to 400 sq. yds. of concrete and brought in a similar amount. Close to 15,800 tons of asphalt were milled up and placed on the shoulders and about 472,626 sq. yds. of diamond grindings will be generated.

"All this work has to be done at night, which adds a few degrees of dangers and risks," said Kraemer. "Garrison has done a good job of managing the subcontractors, who work well with us and Craig, Nick and Todd and the guys work together very well. "

"A lot of our equipment supports the grinding and patching," said Kraemer. "We have a full-time mechanic with the grinding and patching crews at all times. If something grows wrong with the equipment, we usually have it repaired within 48 hours. Downtime is not much of a problem. We have a fully-equipped mechanics truck and parts and tools vans that stay with the job until it is completed. We're pretty nimble when it comes to repairs.

"We make a lot of the parts for our grinding equipment and for the trucks and other equipment, we go to the local vendors," he added. "It's mostly a necessity because it takes time to get those kinds of parts and it makes sense from both from an economical issue and a time constraint to make the parts in our shop." CEG