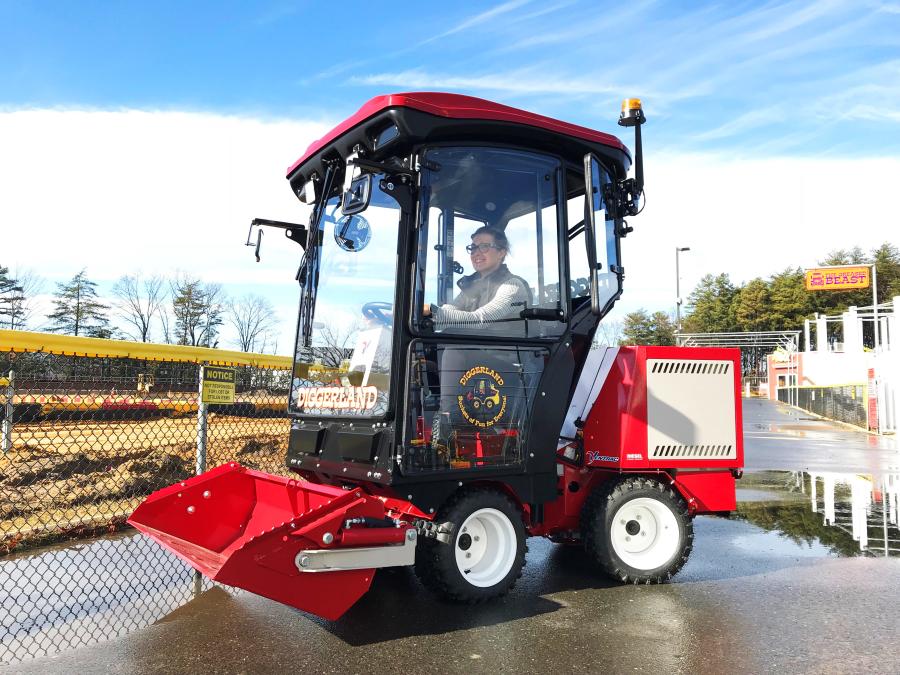 Diggerland debuts its latest attraction, the Ventrac 3400Y, as part of a massive 2018 expansion.

America's only construction theme park, where children and their families drive and operate real construction machinery, is going into its fifth season and publicly revealing the second of five new rides at the Philadelphia Auto Show. Last November, the park released details of a multi-million dollar expansion and the addition of a 700-foot zip line. The latest ride to be unveiled, a Ventrac 3400Y, will offer Diggerland guests the unique opportunity to drive and operate a hydrostatic compact tractor. While the park already has over 25 attractions comprised of excavators, asphalt rollers and even amphibious vehicles, the new fleet of Ventracs will be the first class of tractors the property has seen.

“While the Ventracs are one of many elements being added to the property as part of this massive off season expansion, they might be the most unique, “said Ilya Girlya, co-owner of Diggerland USA. “You've never seen a machine quite like this, and it's just as much fun to operate as it looks!”

The addition of this ride, manufactured by Ventrac Products, Inc. out of Orrville, Ohio, is just one component of the major expansion underway now. Guests will be able to operate the new tractors shortly after the park re-opens for the season on March 17th. Families wanting to get a sneak peak of the attraction can do so this week at the Philadelphia Auto Show where the Ventrac is being debuted as part of the Diggerland USA exhibit alongside the World's Fastest Backhoe.

“Unveiling the Ventrac 3400Y tractor at the Philadelphia Auto Show is very exciting for us, but we are just warming up – we still have more rides to announce,” said Yan Girlya, co-owner of Diggerland. “Right now we are happy to offer families visiting the show an interactive exhibit that's fun for the kids; it's perfect timing with the park expansion finishing up and spring break around the corner.”

Diggerland USA re-opens on Saturday, March 17th, 2018. The Ventrac 3400Y will be available for guests 36 in. and taller to enjoy with a parent, or by themselves for guests at least 48 in. tall. Details on the additional three attractions will be released in the coming weeks. Those interested in staying up to date on the ride release details are encouraged to visit the Diggerland USA website at www.diggerlandusa.com and opt in to the park newsletter.