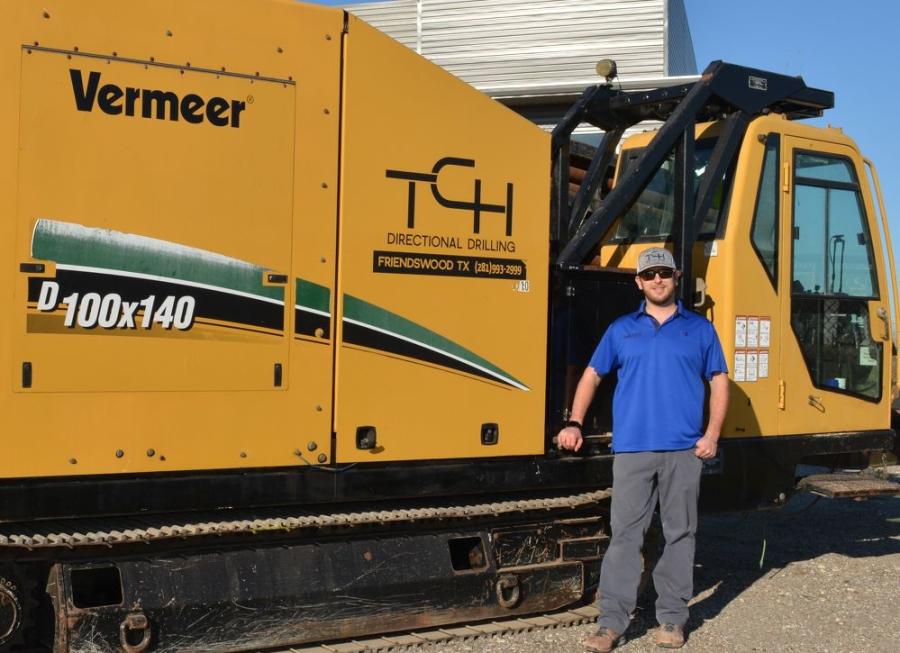 In one of the most competitive construction markets in the country, one contractor has separated itself from many of its competitors by way of diversification.

TCH Directional Drilling of Friendswood, Texas, has seen improbable growth over the last decade under the leadership of Colby Ellis, a second-generation contractor who saw potential in the directional drilling business. 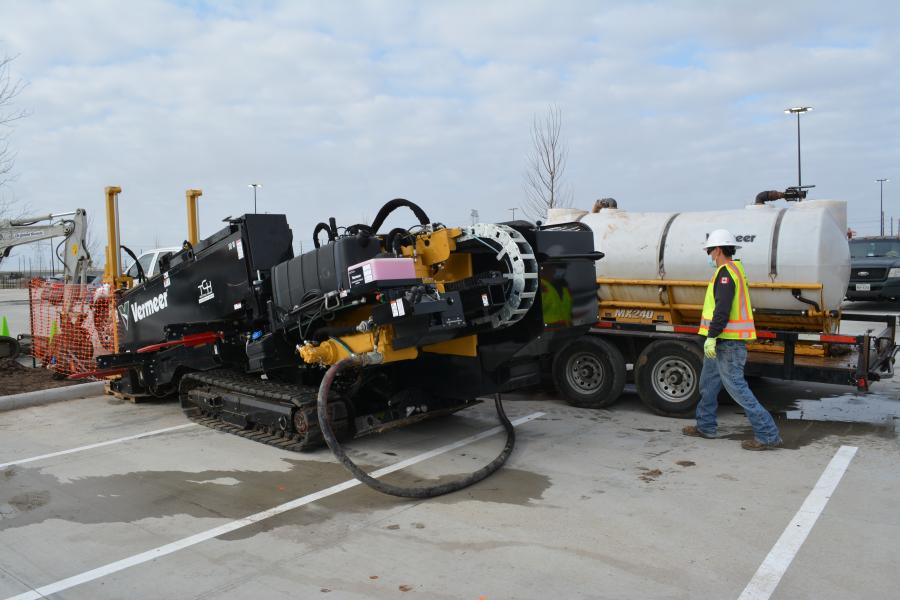 When Ellis joined his father Scott's company straight out of high school in 2004, TCH was primarily involved in telecommunications cable and innerduct installation for AT&T and at NASA facilities around Houston.

The young man learned the ropes – as was expected – working cable jobs and whatever else was asked of him.

But his vision for the company extended beyond telecom projects.

"I always had the desire to be in the pipeline business," Ellis said, which led him to the decision to purchase the company's first mid-size directional drill in 2008. "I saw so much potential for growth if we were able to diversify away from just cable work."

Houston, after all, was the epicenter of the pipeline industry in Texas, and horizontal directional drilling was becoming the preferred method of laying pipe in congested metro areas. It was widely accepted that in those areas open trenching was too risky and time consuming.

While Ellis learned and worked to build TCH's directional drilling business, he was confronted with a challenge on the equipment side of the enterprise.

By 2010, the company had several drills, but did not feel it had the "partner" it needed in an equipment supplier.

In 2010, at about the time Ellis assumed more control of the business from his father, the decision was made to buy a Vermeer D24x40 drill, followed closely by the purchase of a D20x22, also from Vermeer. Both drills were built for congested urban job sites like those confronted by TCH in Houston, and were appropriate for small-diameter pipe work, but also for the cable jobs that still made up a large part of its business. 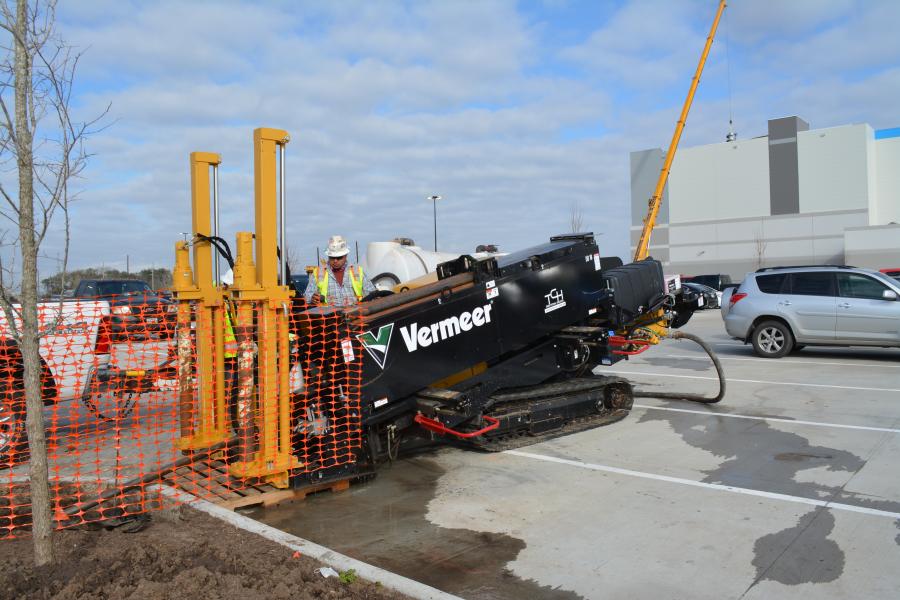 The machines were right for TCH at the time, but so was Vermeer of Texas-Louisiana's footprint, which encompassed all of Texas. Working with a single company, regardless of the location of the job, would be a plus.

"That was huge for us," Ellis commented. "Vermeer has 13 branches to draw parts and service from. We work all over the state and there is always a Vermeer branch nearby."

As the months and years went by, Ellis grew more confident in the Vermeer product and the dealer's service.

"The functionality of Vermeer's different size rigs is so similar that very little retraining is needed," Ellis said of the product line. "And their service is amazing. If we need them on a Sunday morning, or whenever, they are there."

Having found the equipment teammate it was looking for, TCH stepped up to mid-size Vermeer drills with the purchase of a D100x120 in 2012 and its first D100x140 the following year.

The company's fleet now includes 12 Vermeer horizontal directional drills, ranging in size from the D10x15 to the D220x300.

TCH's partnership with Vermeer goes beyond equipment, though, according to Ellis. Mark Foulon, a regional manager of Vermeer Texas-Louisiana, has become a valuable asset to TCH.

"We can call Mark whenever," Ellis said. "What makes him so valuable though is that he knows all aspects of the business. He started in the parts department at Vermeer and that really helps him on the sales end. He really knows the equipment and makes a point of understanding our needs."

By 2015, TCH employed about 75 people and was positioned for growth after huge investments in both people and machines.

"I have always strived for steady, sustainable growth," Ellis said, "but we really began to hit on all cylinders in 2015. It was the diversification that put us in that position."

Today, TCH's business is made up of approximately 40 percent pipeline work and 40 percent commercial projects, like the Amazon distribution center job it recently completed in the Houston suburb of Richmond. The remaining 20 percent is municipal work, according to Ellis.

He was quick to point out though, that "from the equipment standpoint, I'm most invested in pipeline work."

The five-year growth spurt that began in 2015 resulted in the company outgrowing both its offices and its yard. 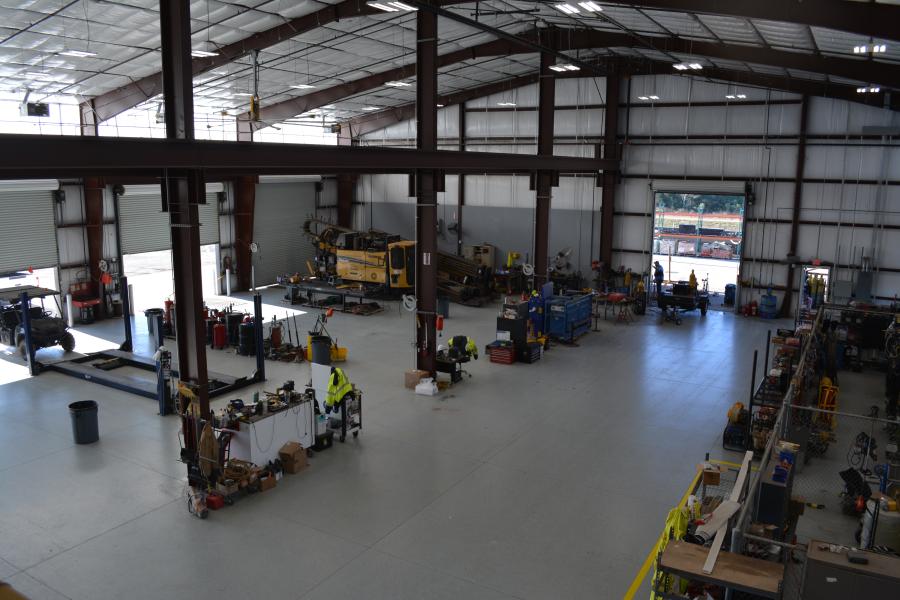 "For a while we added trailers for additional office space, but we eventually outgrew those too," Ellis said.

Its new space in Friendswood, on the south side of Houston, more resembles offices of an engineering firm than a drilling contractor.

"Our new facility is all about operations," Ellis explained. "We have more yard space and more shop space, but also a very professional feel. My wife Kelley was very instrumental in the overall final look."

A surprisingly large amount of office space is devoted to what Ellis calls the TCH Safety Team. "There are a lot of ways to get hurt in this business," "After all, safety is absolutely our number one priority," he pointed out.

In recent years, TCH has completed as many as 200 jobs per year, and Ellis sees continued growth on the horizon.