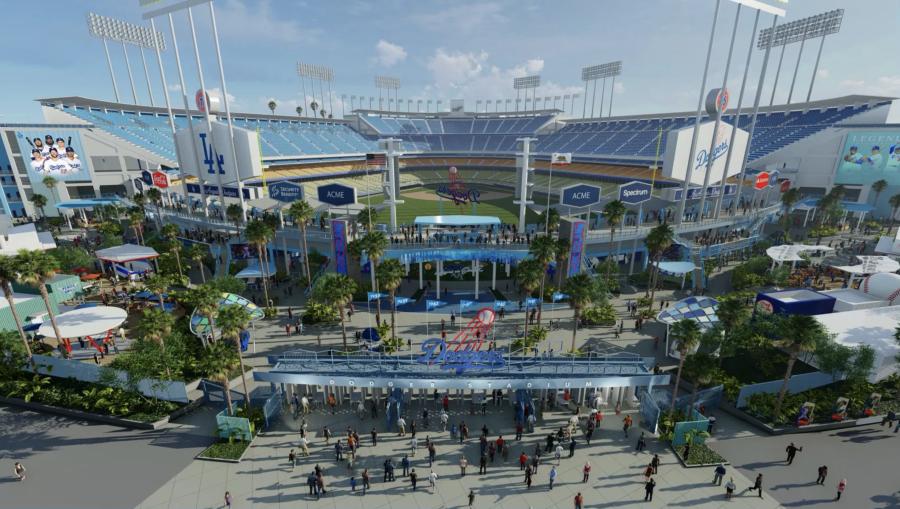 LOS ANGELES (AP) The Los Angeles Dodgers plan to welcome the All-Star Game back to Dodger Stadium with a $100 million renovation of their landmark ballpark.

The Dodgers unveiled the logo for next year's Midsummer Classic along with their latest modernization plans July 23 for its 57-year-old home, the majors' third-oldest park.

"We want to stay traditional with regard to baseball, but we also want to have up-to-date renovations for the next generation of fans," said Stan Kasten, the Dodgers' president and CEO. 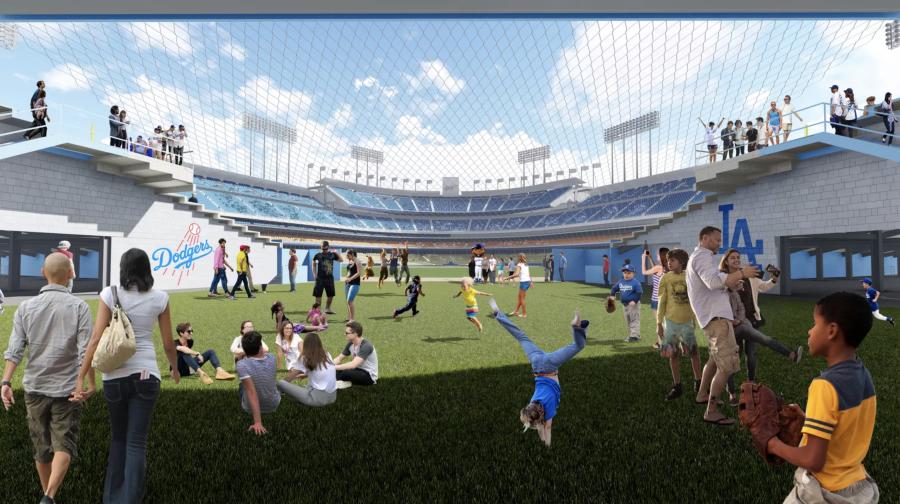 The primary addition will be a Centerfield Plaza area spanning nearly 2 acres behind the outfield fences, creating what Kasten described as a "front door" to the famously tough-to-access hillside park. The plaza will include food, entertainment and a statue of Sandy Koufax, which will join a statue of Jackie Robinson already on the property.

The Dodgers also are constructing new elevators, escalators and bridges to allow easier movement around the park. Fans have traditionally relied on lengthy staircases to move between levels.

The entire park will be connected by the bridges between the new pavilions and plaza, allowing fans to walk all the way around the ballpark on the same level for the first time. Kasten also assured fans that the park's iconic view of the San Gabriel Mountains beyond the outfield fences won't be affected in the slightest.

While most of the renovations will be completed by opening day, the new statue of Koufax will be formally dedicated at some point during the season.

"We're going to take every minute we need to get it done, but it's going to be done by opening day," Kasten said of the renovations, which will commence in November.

A collection of past and present Dodgers greats gathered in center field for the announcements at a news conference led by Vin Scully, the club's 91-year-old retired broadcaster. Tommy Lasorda, the 91-year-old former Dodgers' manager, also braved the 92-degree heat in his jersey.

Kasten said the Dodgers aren't doing these improvements specifically for the 91st MLB All-Star Game, scheduled for July 14, 2020. It will be only the second All-Star Game held at Dodger Stadium, and the first in four decades.

"We haven't been here since 1980," MLB Commissioner Rob Manfred said. "It's long overdue."

Only Wrigley Field and Fenway Park are older than Dodger Stadium among active ballparks in the majors, but the Dodgers have refreshed their famous property from within while still attracting more than 3.3 million fans annually and enjoying steady success on the field.

Kasten is part of an ownership group that took control of the Dodgers in 2012. The owners said they have spent roughly $300 million on ballpark improvements in those seven ensuing years, updating and improving the stadium that welcomes more fans per year than any single sports venue in the world, according to the Dodgers.

The Dodgers widened concourses and updated the plumbing in a renovation project five years ago, but this new project will be much flashier and more visible to fans.

"Some of these things have been on our minds since we walked in," Kasten said. "Even in 2014, those improvements were done with a plan to stitch this all together into a complete plan."