Billy Martin started building water tanks in 1994 following a successful career as a heavy equipment salesman for a major dealership in Florida. 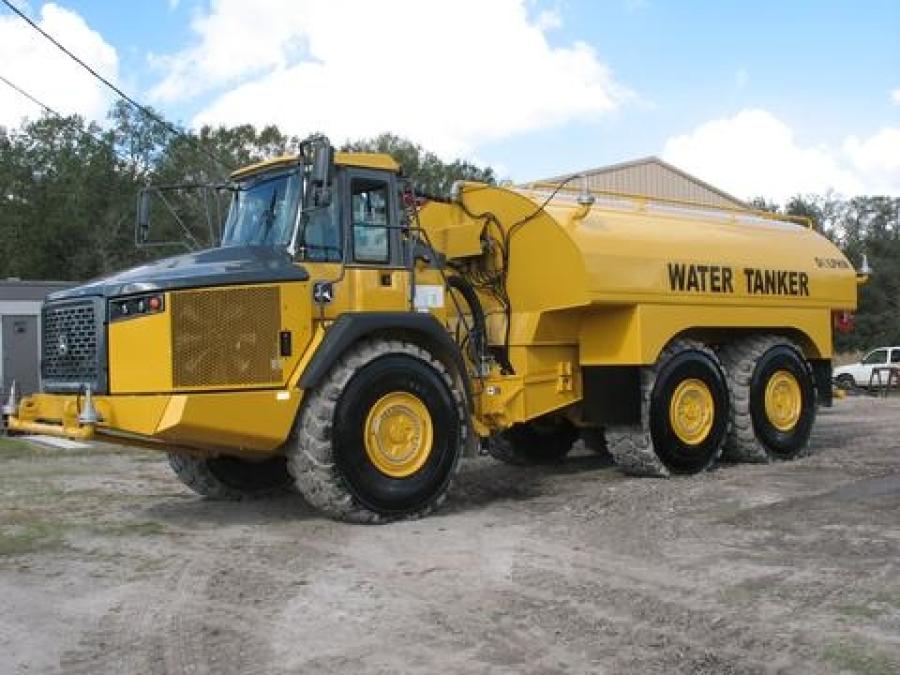 Recently, the company expanded to include parts availability for its customers.

His company currently builds both on and off road tanks, including its own Low Pro design for off-road trucks.

Recently, the company expanded to include parts availability for its customers.

“We stock over 600 parts for water tankers on our shelf,” said Martin. “We are a Berkeley pump dealer and carry 12 different spray heads.

“The tank business has changed so much in the last few years. There are more and more tanks out there but contractors aren't replacing them, they are fixing them, so we wanted to get into the parts as well as the building side in an effort to assist our customers. We stock 99 percent of the parts we sell.”

Dolphin Tanker Systems also has gotten in to the parts manufacturing business.

“We designed and have built four models of pumps. We are building them offshore. We have both hydraulic and power takeoff systems available,” said Martin.

“The reason we went to building pumps outside of the United States is that we are able to get into a less expensive price point market. Pumps are generally expensive and there are a lot of people who manufacture them. So we manufacture them and sell them under the Dolphin Tanker Systems brand.

Martin said a lot of parts in the industry are now coming from outside the United States.

“We are letting people choose if they want to invest in an American made product or an offshore made product. There is quite a substantial price difference. However, all of the tanks we build use only American made parts. It is hard to determine where parts come from now because some American manufacturers are now having parts built outside of the United States. Because of the internet our parts are sold nationally but most of our tanks stay east of the Mississippi with a few going in to Texas or a couple of other western states.”

Water spray heads, hydraulic motors, control parts, on/off switches, water cannons and joy sticks are the most common parts to replace outside of the pumps.

“A lot of companies are unsure of the economy and don't want to be caught with a lot of new equipment like they were in 2008 and 2009 and no work,” said Martin. “It comes down to the cost of buying versus fixing.”

“We build tanks to order and also stock tanks in inventory,” said Martin. “Every tank we build is the same design, the only thing different is the structure under the tank. It is built to fit the truck it is being mounted on. All of the trucks are different so they take a different structure but our basic design will fit any truck. We also install the tanks on the trucks when the customer wants us to. We can mount the tank on the truck in our shop or in the field. It is additional expense to mount in the field so many trucks are sent to our shop for mounting.”

According to Martin, articulated trucks are the biggest change in the industry.

“It used to be that a 25 to 40-ton truck was the standard. Now manufacturers are going to 45, 46, or 50 ton trucks. A 60-ton articulated truck is in development and will appear on the market sometime next year. Upsizing tanks is a definite must. We have already designed and blueprinted a 10,000-gallon tank for the larger trucks that are on the market now.

“Innovations are coming, whether the customer is ready for them is another matter. I talked to a guy who is working on a unit to provide constant spray no matter how fast the truck is going. The current cost differential on the smart truck is approximately a 35 percent upcharge. They are going to have to find a way to do it better and less expensive.”