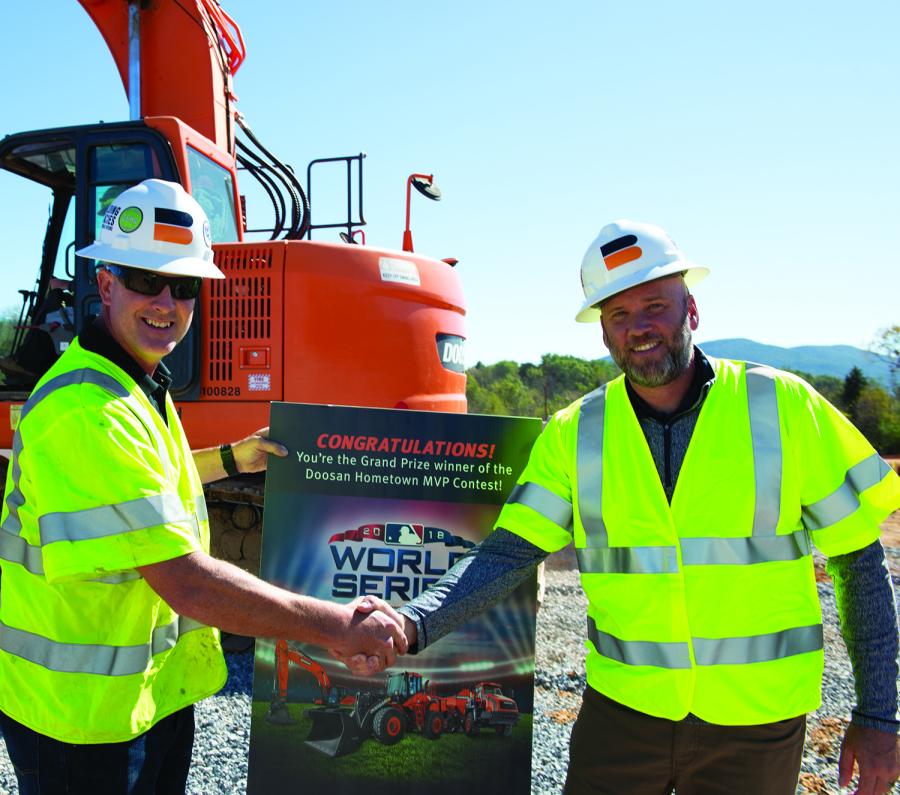 Hometown MVP Contest entrants were asked, “How do you use construction equipment to make your community strong?” Caldwell is an equipment superintendent at Branch Civil — a site development, design-build and heavy-highway construction firm — who has been with the company for more than 23 years. The certified equipment manager detailed in his entry how Branch Civil helps build schools, improves critical infrastructure in his growing community and performs works to help protect the ecosystem near the company's job sites.

In his entry, Caldwell wrote: “We perform wetland mitigation, which keeps our environment healthy and thriving. We are an employee-owned company, and we are community minded. We give back to local charities and nonprofits often.”

Other examples of how Branch Civil gives back include work done for area Little League baseball fields.

“We're involved with numerous charities in the Roanoke Valley,” Caldwell said. “We've donated a vehicle and some diagnostic tools for one of the area's technical education programs. We have also provided equipment for a program in our community called Touch-A-Truck.”

Doosan was the presenting sponsor of the 2018 National League Division Series (NLDS). In 2017, Doosan was the first-ever presenting sponsor of the American League Division Series (ALDS), and the NLDS agreement marks the second year of the company's Postseason involvement with Major League Baseball. As an official partner of MLB, Doosan received significant brand exposure across national broadcast and MLB-owned channels throughout the 2017 and 2018 Postseason.