DOT Withdraws From Gateway Program Board

The Gateway Program, which is a top priority for Northeast-area lawmakers, would construct a tunnel under the Hudson River and add a platform and station capacity in Penn Station. 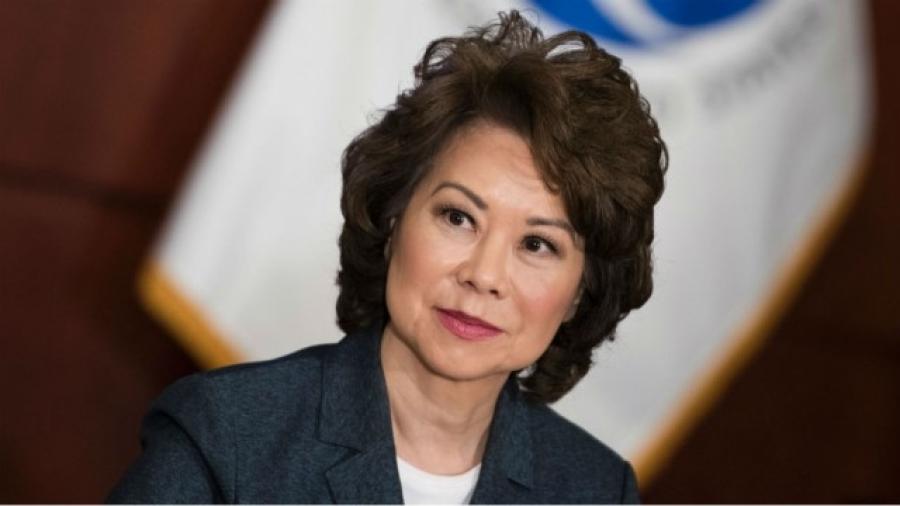 Transportation Secretary Elaine Chao has reassured lawmakers that the project is a priority for the administration.(Getty Images)

The Trump administration is permanently withdrawing from a development corporation leading a $24 billion rail-and-tunnel project in the Northeast, The Wall Street Journal reported Monday.

The Department of Transportation formally notified the Gateway Program Development Corporation board on Friday that the agency was pulling out of its board of trustees. The rail project is working to increase capacity between New York City and Newark, N.J.

“It is not DOT's standard practice to serve in such a capacity on other local transportation projects, and DOT's Trustee has had to recuse [himself] from several board actions already,” wrote acting general counsel Judith Kaleta, according to a letter obtained by the Journal.

The DOT said the withdrawal is “consistent with the department's provision of effective and objective oversight in instances where we provide financial assistance.”

“The decision underscores the department's commitment to ensuring there is no appearance of prejudice or partiality in favor of these projects ahead of hundreds of other projects nationwide,” a spokesperson told the newspaper.

The Gateway Program, which is a top priority for Northeast-area lawmakers, would construct a tunnel under the Hudson River and add a platform and station capacity in Penn Station.

The connection between New Jersey and Penn Station — which moves hundreds of thousands of passengers daily — consists of a pair of 105-year-old tunnels that were in desperate need of repair before incurring additional damage from Superstorm Sandy. The tunnels are expected to be closed in the next decade for at least a year for repairs.

Closing the existing tunnels without the creation of additional tracks would reduce system capacity by 75 percent, according to a Common Good report, which could cause paralyzing traffic jams and harm the regional economy.

Transportation Secretary Elaine Chao has reassured lawmakers that the project is a priority for the administration, even though President Trump proposed eliminating a grant program the Gateway Program is relying on to pay for a portion of the project.

The administration doesn't have to be apart of the board to fund the program, but champions of the project thought the DOT's involvement put the agency in a better position to help oversee the effort.

Chao, however, called the board's governance structure “complicated” in a recent hearing, according to the Eno Center for Transportation.

Eno pointed out that the department's designee had to recuse himself from two action items during the last board of trustees meeting.

“The governing structure is quite complicated, as you well know,” Chao said. “The Department of Transportation has one seat in a quasi-governmental, local-state-Federal governing structure, in which the governors of both states, New York and New Jersey, are involved.”