Doug Baker was one of the company’s very first employees. 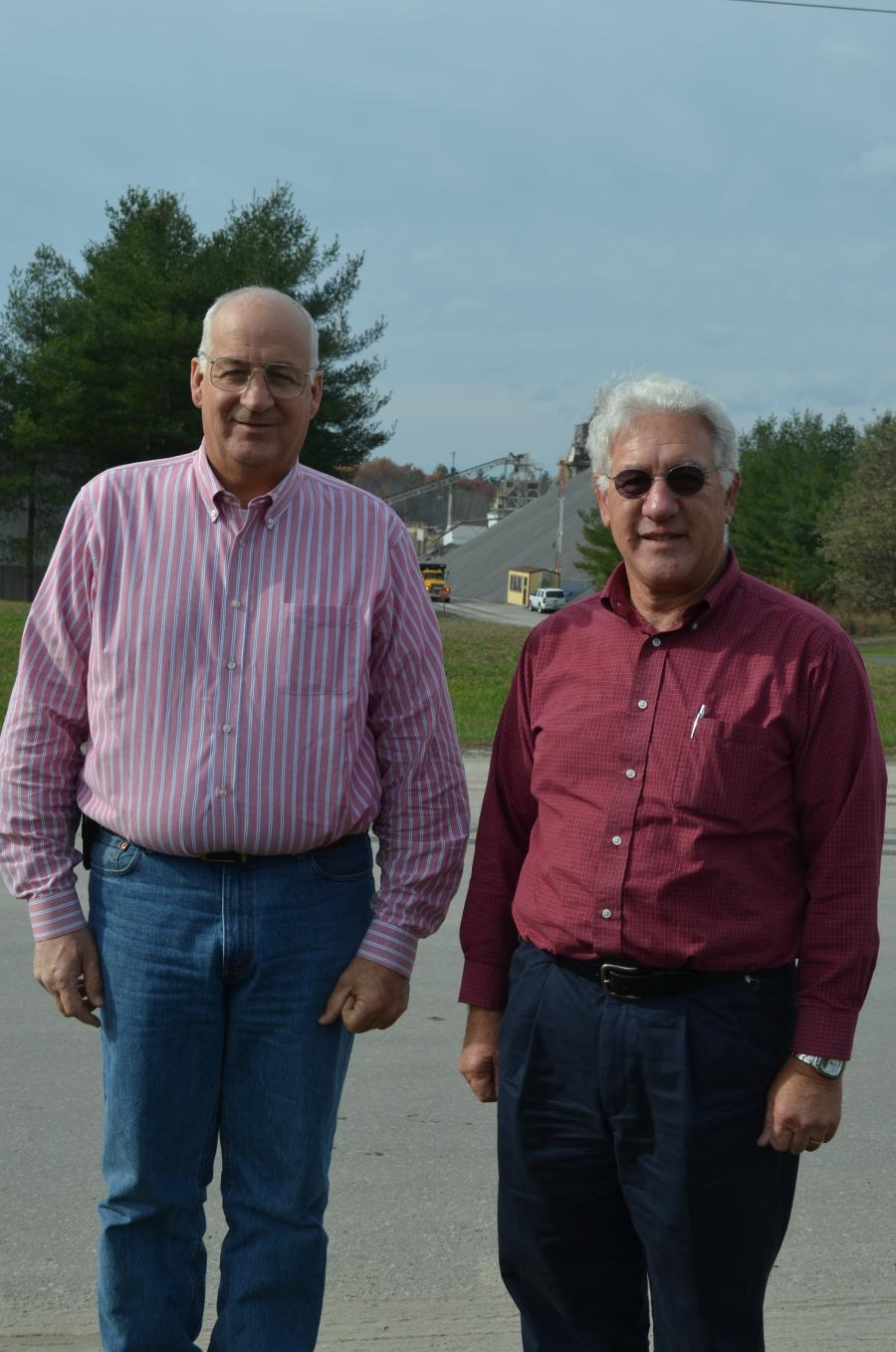 After 31 years with Whitney & Son, Doug Baker has announced his retirement.

A family-owned aggregate equipment distributor headquartered in Fitchburg, Mass., that has been serving contractors and producers in New England since 1964, Doug Baker was one of the company's very first employees.

“Doug Baker was our company's third hire when he joined our firm in 1985,” said Dan Whitney, the founder of Whitney & Son.

“At the time it was my father's company so I was the first hire. In the 1970s, we were operating the company out of my home. Doug and I knew each other casually; his kids were the same age as my kids, were friends and we had actually gone to school together.

“Previously, Doug had been a mechanic at a local Firestone Tire store. I'm still not sure who hired whom. He approached me one day and said, 'I would like to go to work for you.'”

“In the beginning, Doug was somewhat out of his comfort zone in a sales position but due to his unique mechanical skills and service background he very quickly became an excellent addition to Whitney & Son Inc. He soon realized that his unique skills would be the key to his sales success.

“Doug is a problem solver. Anyone could walk into a situation and keep replacing parts until, hopefully, the problem was solved but Doug would identify the problem first… analyze and then resolve it and get the customer back up and running in a timely manor. Another one of Doug's strengths was his ability to explain the problem and its solution fully to the customer so that it did not happen again.”

According to Whitney, Baker had a “mechanical engineering” type of mind and very quickly understood the concepts and mechanics of how the machines worked.

“He would study each machine's manual and very quickly become a wealth of knowledge. He was never the type of sales person who went out and sold you using primarily his verbal sales skills. Instead, he was the guy who came in and gained the confidence of customers with his understanding of aggregate production and how our product offering would best meet the needs of each customer.”

Dennis Demers, president of Shelburne Limestone Corp. in Shelburne, Vt., started working with Baker in the early 1980s, and was immediately impressed with his expertise.

“Doug knows his products better than anyone. He would have the answers to any questions posed and on the slim chance that he did not know the answer to a question, he would quickly find it, and that answer would be very thorough; all i's dotted and all t's crossed. His knowledge was very broad. He had a good knowledge of all types of rock crushers, the various types of cones, various screening machines and screening techniques,” Demers said.

“Doug is the kind of guy who always came through for us. He encouraged us to call him day or night. The thing that was most notable about working with Doug was that in spite of his vast knowledge he is a very humble individual. His retirement I'm sure is a happy day for him and a sad day for us.”

Dayton Sand & Gravel in Dayton, Maine, is another long-time customer.

“We have been doing business with Whitney and Son almost from the time they got started,” President Rusty Keene said. “We started working with Doug Baker in 1984. We use Whitney & Son equipment for much of our operation, including products from Metso, Deister and Superior.

“I clearly remember the first time that I met Doug. We were having an issue with a piece of equipment. I told him where the piece in question was located and let him know that we were short of staff and were in a crisis mode and that we would not be able to send someone to help him for an hour or two. At the time I was sure that looking at the machine in question was definitely a two or three-man job. I went about my business and a few hours later Doug showed up at my door soaked in sweat to inform me that only had he identified the problem, but he had fixed it. I knew right then that this was not your typical sales person.

“Doug is truly unique as an aggregate equipment sales person. He not only completely understands what a piece of equipment is supposed to do, but he can work on it too. Once the equipment is installed he can train our employees on how to operate it and he makes it a point to periodically check and to make sure everything is operating smoothly.

“One of the things that I really appreciate about Doug is that he is a very humble, low-key guy, which is by no means typical for a sales person. When looking to solve a problem he has a great way of letting me know that I was wrong without coming right out and saying so. He could lead me to draw the correct conclusion. I'm sixty-one years old and I have never met a more genuine, calm person who is as easy to get along with as Doug Baker.”

“I have known Doug as long as we have done business with Whitney & Son, probably 30 years,” Mark Charbonneau said. “Doug is a great individual, honest, humble, and has a very knowledgeable background in our industry. His expertise is problem solving. I never get the impression that he is trying to sell me something. He is looking to solve my problems and increase my production.”

“I have always felt that Whitney & Son has been a good fit for me,” Baker said. “I have worked with some very interesting people and I've learned a lot of different ways to 'skin a cat.' It has been thrilling to work with Dan and Jason Whitney and help them grow their company and particularly exciting to help my customers grow theirs. I have recently spent time traveling with my replacement, Jason Judd who has 26 years of experience in aggregate production and has worked as a plant manager. It makes my departure much easier knowing that I am leaving my customers in very capable hands.”