Downtown Fargo Revitalization and New Construction Projects for 2017, Beyond 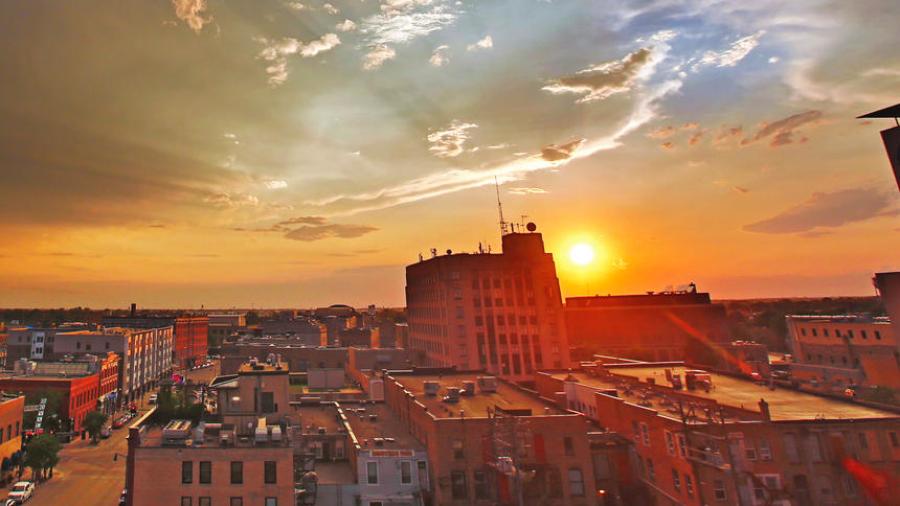 With construction of the Block 9 high rise and redevelopment of the old Howard Johnson hotel this year along with many other projects, downtown can expect a lot of changes over the next several years, developers and planners say.

"There's been a lot of momentum downtown and that is one of the driving forces that's impacting downtown Fargo," said Scott Page, a consultant whose firm, Interface Studio, has a city contract to develop a plan to accommodate these changes.

He said the rich arts, entertainment and restaurant scene downtown makes the central business district attractive to lot of people from different backgrounds, and developers have responded.

Some of the changes, such as Block 9, will be new construction on lots in the downtown core that have long remained vacant. Many changes are renovations of dilapidated buildings, such as the horse stable on NP Avenue.

As the core fills up, some developers are seeing merit in investing at the edge, such as the new apartments between University Drive and 10th Street North.

Here's a look at what's expected to be built or renovated in the next several years from west to east and north to south, based on interviews with developers and planners. A list of some potential development sites follow, some more likely to happen in the near future, some not likely for years.

• Woodrow Apartments: The old Woodrow Wilson High School has been undergoing $15.8 million in renovation and new construction to turn it into a 97-unit apartment complex. Kilbourne Group, the largest downtown developer, said units in the new building are available and units in the old school will be available in the summer. The firm also plans to build a retail store when it finds a tenant. Page, the consultant, said the growing supply of housing at the edge of downtown will have a ripple effect on the market and will help connect the district to adjacent areas.

• 1213 NP: About $3.7 million in renovations at this building owned by Kilbourne are expected to be completed this year, including the addition of a new top floor for a total of 35,600 square feet of retail and office space. The main tenant, Prairie Roots Food Co-op, is expected to open in the summer.

• Stable Building: The only horse stable in downtown still looks a lot like a horse stable inside. Kilbourne plans to invest $250,000 to turn its 4,000 square feet into a home for a restaurant and is in talks with a tenant, according to city documents. The stable dates back to the early 1900s and is believed to have housed horses used by a contractor to haul construction material.

• 300 Lime: This 94-unit apartment building under construction by Enclave Development, which has other downtown apartments, replaces several dilapidated houses. The developer boasts of features such as a lounge with a pool table, fire pits on the roof and a dog-wash station, among others. The apartments, aimed at the high end of the market, are expected to open in August. Enclave bought a half block across the street as a staging area for construction that Ben Meland, an Enclave principal, said would likely be developed in 2018.

• Historic Union: Renovation at the old Union Storage and Transfer warehouse and Armour Creamery continues. With 38 apartments completed, developers are now working on the commercial and retail space, said Jessica Barner Alsop, a member of the management team at 1026 NP Avenue LLC.