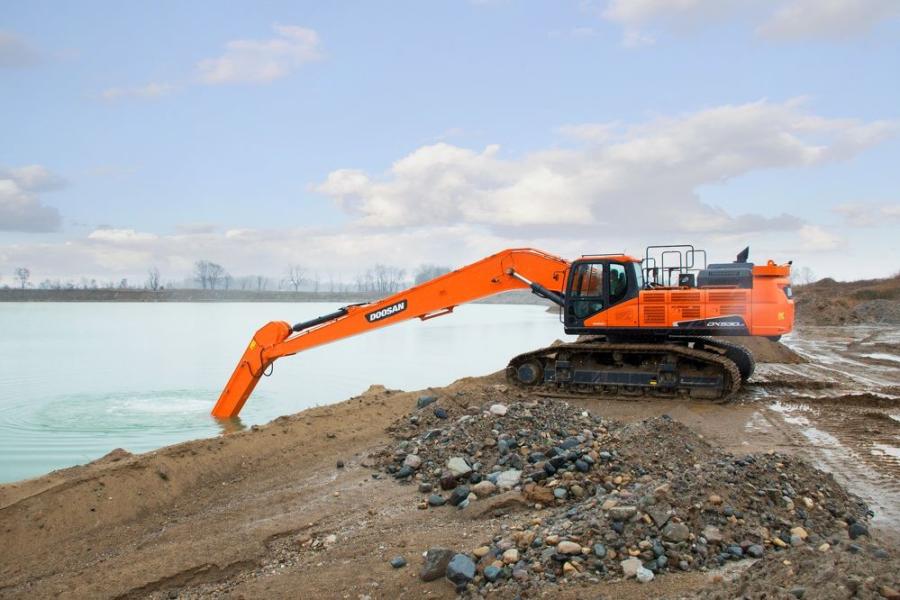 The DX530LC-5 SLR is the largest Doosan crawler excavator sold in the United States and Canada.

Raymond Hixson started running a dragline crane at his family's sand and gravel quarry when he was 17 years old. He's 75 now. As the next generation took over Hixson Sand & Gravel in Garrett, Ind., they faced a common dilemma for rural dragline crane owners: How do you find and hire an experienced dragline crane operator?

"It's a skill to run a dragline crane, and those gentlemen are becoming far and few between anymore," said Robin Hixson, Raymond's daughter and the company's office manager.

Their answer was to recently replace the aging dragline crane with a new super-long-reach hydraulic excavator. It's now operated by Logan Hixson, Robin's nephew and the eighth generation of Hixsons and the third generation still here to run the business.

Quarrying with a long-reach excavator, Logan sits in the comfort of the enclosed cab of a Doosan DX530LC-5 SLR crawler excavator, which he has situated next to the water. Combined, the excavator's customized arm and boom stretch 72 ft. In other words, if the excavator is situated on the 20-yard line of a football field and stretched its arm out to its maximum length, its bucket would be across the goal line. The DX530LC-5 SLR is the largest Doosan crawler excavator sold in the United States and Canada.

Using two excavator joysticks, Logan extends the excavator's arm beneath the surface of the water and into a vein of sand. He fills the bucket and carefully lifts it out of the water, and then piles the sand nearby where he or his dad will later load it into trucks with a wheel loader.

"The Doosan excavator is very smooth and easy to control," Logan said. "The joysticks are amazing on it compared to the excavator that I used to run." 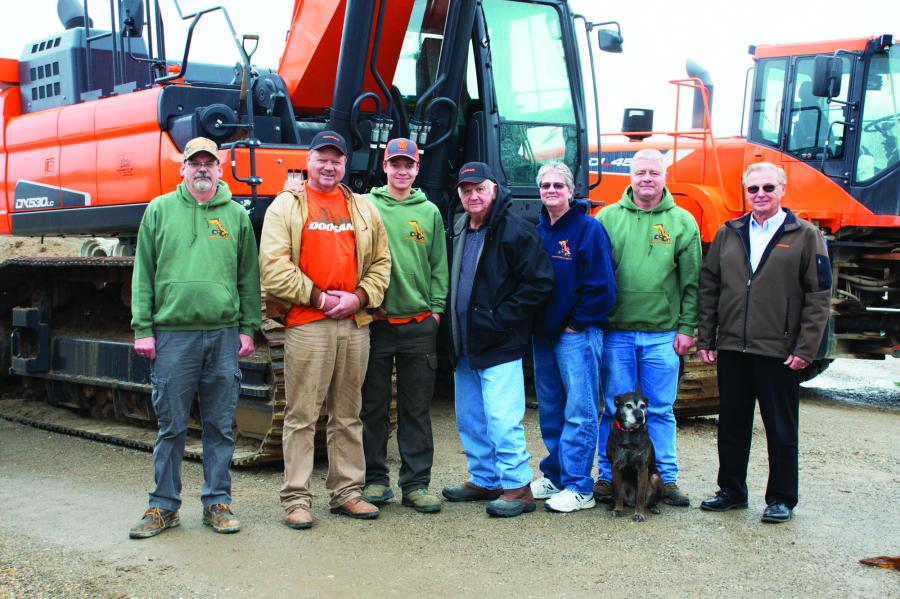 "We tried about every brand out there except for Doosan," Robin said. "So we decided Doosan was something that we wanted to try, and the operators fell in love."

Hixson Sand & Gravel operators use the wheel loaders with buckets to transport the extracted material to the washing plant, where it is processed to remove other types of stone and sand.

"The Doosan wheel loaders are tough machines," Logan said. "They have more hydraulic power than we know what to do with."

Logan performs the daily maintenance on the machines, and if he needs parts, Gick will drive a part out to him.

Robin said Hixson Sand & Gravel is family-owned and family-operated. She does not exaggerate. Forrest Hixson (Robin's great-grandfather) had leased the ground to several other people. When his son James (Robin's grandfather) was older, he joined the Navy. When James returned home, he was working on the railroad. He had three sons: Larry, Raymond and Carl. When James Hixson needed something for his sons to do, other than farming, he took the gravel pit for his sons to run in 1955. 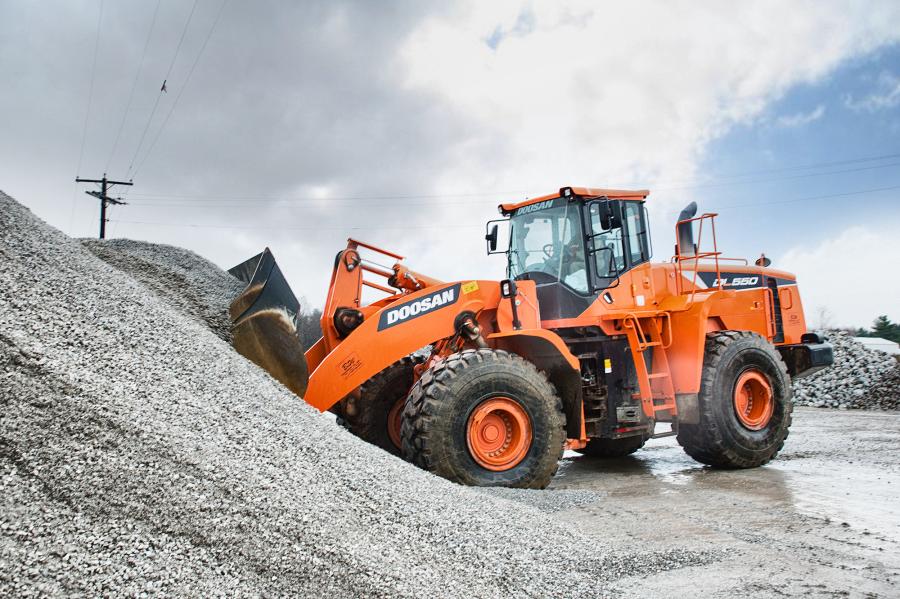 The business sits on roughly 120 acres about 20 miles north of Fort Wayne in northeastern Indiana, just off State Road 205. That highway is the reason the family is in the sand and gravel business. The Hixsons moved to Indiana in 1855 as farmers. In 1910 the creek was dredged. The State of Indiana came along in the 1940s and built State Road 205 beside the Hixsons' land. It needed gravel for the construction. The Hixsons seized the opportunity and started a small gravel quarry on their land. That initial quarry has turned into a diversified, multi-generational business that's open year-round, six days a week.

In addition to sand and gravel, Hixson Sand & Gravel generates a number of additional revenue streams by carrying complementary products, including limestone, drainage products like culverts and pipes, topsoil, and other landscaping goods. It also offers agricultural drainage products for the thousands of farms it neighbors.

"When the gravel end is slow, tile end is up, and when tile is down, gravel is up," Robin said. "It balances itself out. My youngest brother, Bobby, does a great job in the tile end of the business. We have a wide variety of options here at the aggregate tile end."

The variety of goods and the family business touch has helped the Hixsons build a positive reputation among both commercial contractors and private homeowners in this part of Indiana.

That kind of word of mouth takes generations to build and maintain. It's what has kept Hixson Sand & Gravel in business, and it's what Robin believes will keep the business going well into the future.

"We just keep plugging and chugging every day and do our jobs," Robin said. "We just keep going and continue the tradition of what our ancestors started, and we want to keep it going for the next generation that's coming up."