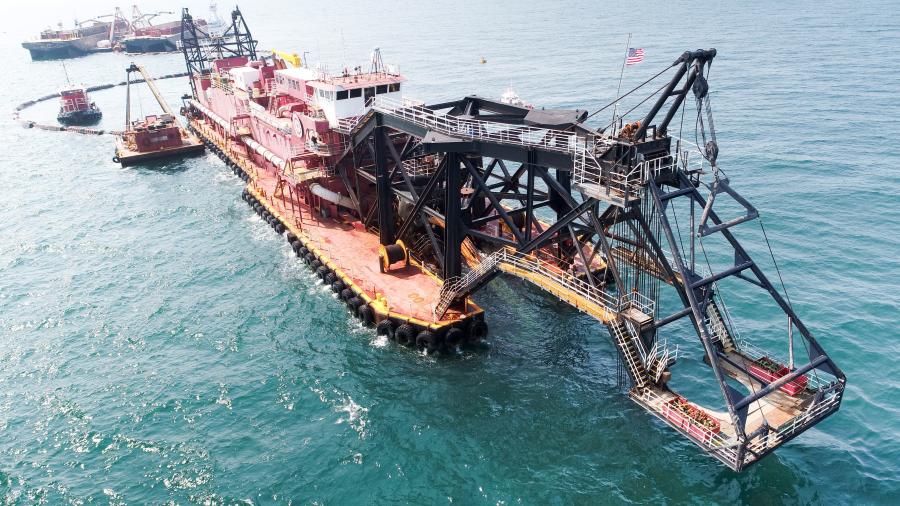 This winter, activity on the $565 million Charleston Harbor Post 45 project peaked with nine dredges of various shapes and sizes operating from 20 mi. out all the way to inland terminals. (USACE photo)

One hundred and fifty years is worthy of a celebration, and the Charleston District of the U.S. Army Corps of Engineers (USACE) probably couldn't have planned a more fitting tribute than the display put on for the Charleston Harbor Post 45 project. This winter, activity on the $565 million project peaked with nine dredges of various shapes and sizes operating from 20 mi. out all the way to inland terminals. 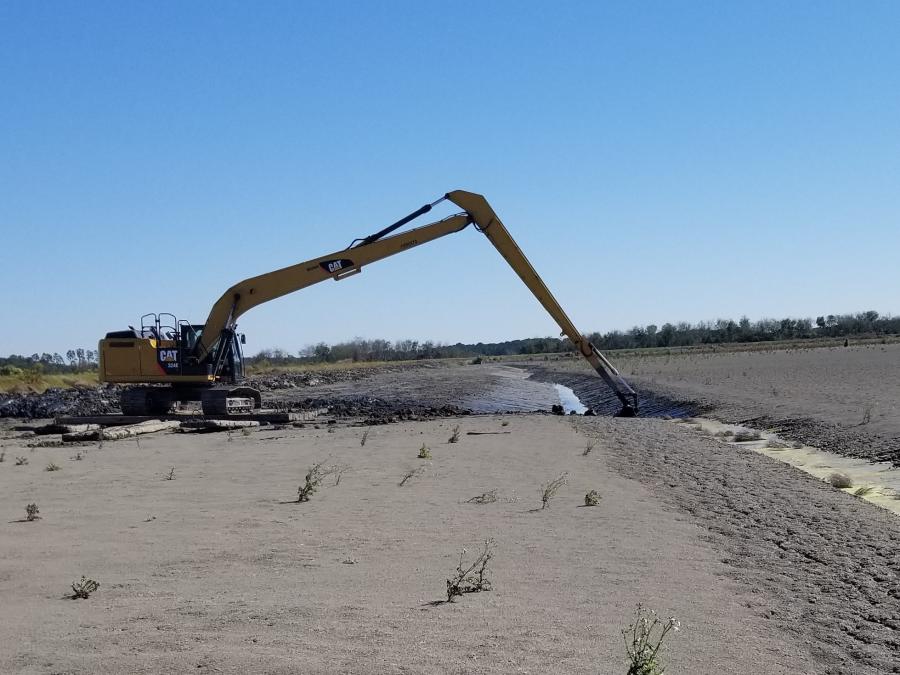 It's all part of the plan to deepen the harbor to 52 ft., making it the deepest harbor on the East Coast.

The Corps established its permanent office in Charleston in 1871. That was the year it began playing a critical role in the growth and prosperity of South Carolina, said Jeff Livasy, acting chief of civil works, Charleston District.

"It's exciting …" Livasy said. "We had the hopper dredges, cutterhead suction dredges — also known as hydraulic dredges — mechanical clamshell dredges … We had nine of various styles and sizes this winter, which we call a historic moment in the year of our anniversary."

The project kicked off in 2010 with authorization from Congress to study the idea, and was identified by the Obama Administration as an eligible project under the "We Can't Wait initiative."

"The story here is transportation efficiencies," said Livasy. "Charleston Harbor is a $63.4-billion-per-year economic engine for South Carolina and the nation. The South Carolina State Ports Authority [SCSPA] is the non-federal sponsor. Their primary focus is on container ships being enlarged to post-Panamax ships to have a deeper draft. In 2018, Charleston ranked 8th in container traffic in the USA. The Piedmont Atlantic MegaRegion is one of eight similar regions nationwide where half the nation's population growth and two thirds of the economic growth is expected in four decades. That's the impetus."

The port is designated as one of 17 strategic ports for national defense. It is a key location for trade routes to Europe, the Middle East, the Indian subcontinent and Asia. Limited by restrictive channel depths and widths, it currently receives a significant number of light loaded ships. Some ships currently wait to transit the harbor during high tides.

The 7-ft. deepening of the harbor, currently 47 ft., will enable post-Panamax vessels to call on the Port of Charleston any time, and during any tide, ensuring South Carolina ports can handle the growing number of large, cargo-laden vessels calling on Charleston, according to the South Carolina Port Authority. 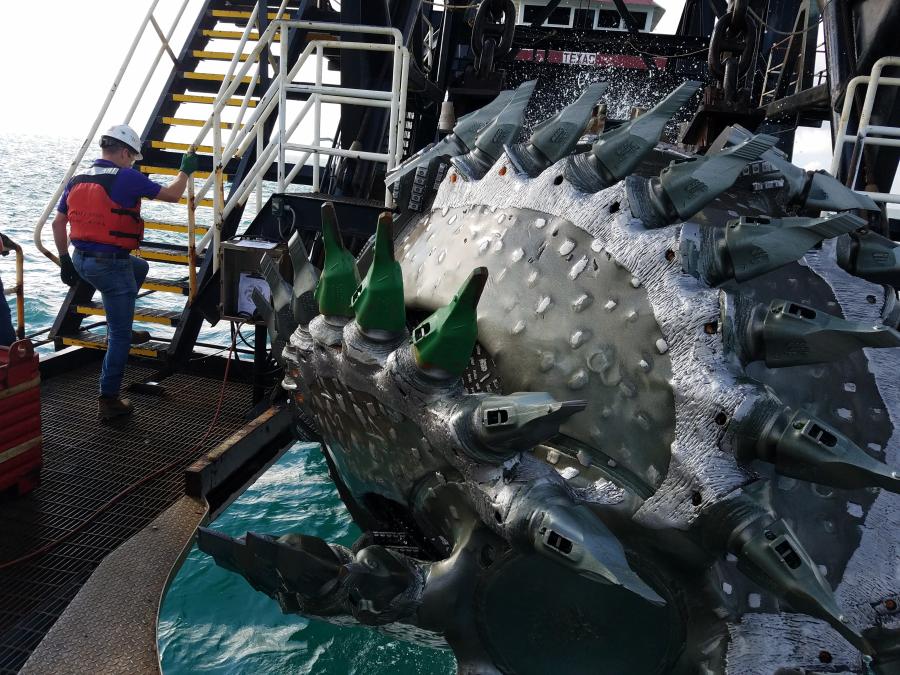 The first two contracts for $47 million and $214 million were awarded in 2017 to the Great Lakes Dredging Co. to deepen the Entrance Channel to 54 ft. Dredging work began in fall of 2018. The third dredging contact of $124 million was awarded to Norfolk Dredging Co. The work will create a 52-ft. depth from the Lower Harbor up Wando River to Wando Welch Terminal and involves widening the turning basin of the Wando River from 1,400 ft. to 1,650 ft. That will allow two 14,000-TEU-and-above ships to "easily pass one another and turn around near Wando Welch Terminal without restrictions," the Port Authority said.

The heavy equipment on site is largely operated in coordination with the dredges, tugs and barges, and includes equipment from Cat, Case, Hitachi, John Deere, Komatsu and Volvo, including excavators, long-reach excavators, bulldozers and articulated dump trucks.

But the equipment that largely draws the comments from passersby are the dredges.

"The cutterheads, like the Great Lakes dredge named the Texas, are the most impressive when they are working offshore," said Livasy. "They are massive. The Texas is 355 foot long, 66 feet wide and it has a draft of 11 feet. The big deal is the diameter — 34-inch suction diameter. It has a 30-inch discharge diameter with 4,000 horsepower cutter. What's most impressive is the size and the coordination or choreography. When you see this in operation, you will have ancillary equipment — tugs, piping connections, barges, also a barge behind where people sleep and live when they are not on ship. They work 12 on 12 off for two weeks and get sent home for a break and come back."

The workhorses are the mechanical clamshell dredges which feature a crane with a bucket to load material onto a barge scow. People often comment on the "archaic" appearance of the piece.

"It's probably the way they've been doing it for I would guess 100 years or so," said Livasy. "It is actually still cost efficient if the material is soft enough. Norfolk dredging has one under construction in a shipyard. That one's called the Baltimore. We're hoping to see it this year. I'm sure they've done more efficient things to get it up to more modern standards, such as the generators and engines on board. But that's the workhorse." 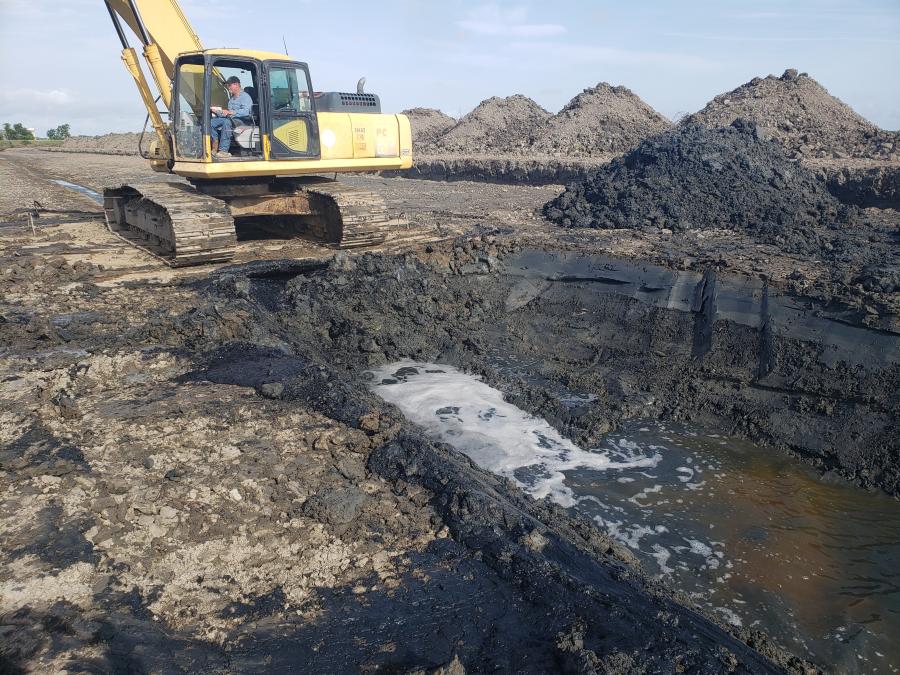 The Post 45 project is slated for completion in 2022, which Livasy noted is "really fast" for a project of its size. To date, workers have put in 1.6 million man hours and 600,000 equipment hours. On a daily basis, there are 250 workers and 51 pieces of equipment removing $600,000 worth of material daily, said Livasy.

"At the end of this job, we will be moving 40 million cubic yards of material, which is enough to fill 12,000 Olympic swimming pools. This is a $600 million infrastructure project being completed under water, which makes it difficult for us to tell the story and show it off," he said.

The deepening project is fully funded through state and federal dollars and has a benefit-to- cost ratio (BCR) of 6.4, returning $6.4 to the state and national economies for every $1 invested. CEG