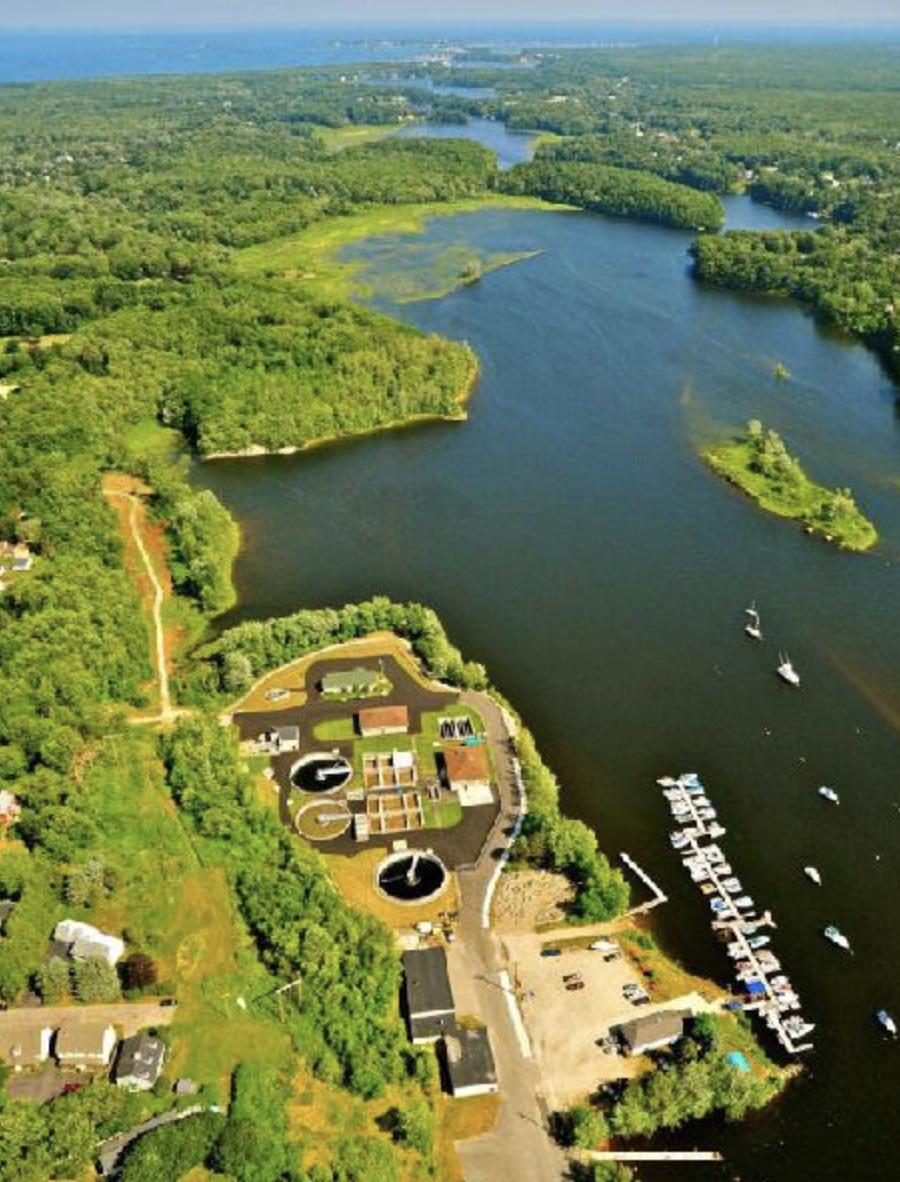 via Maine Water Company and City of Saco.

A $50 million project now under way in Biddeford has the potential to advance increased mutual aid between water utilities from Portland to Kittery, an effort that has been moving forward since 2005, when utility-sponsored legislation began the process of encouraging regional solutions for public water delivery in Maine.

In the wake of the region's recent drought, The Maine Water Company released the design and construction schedule for a new water treatment facility near the Saco River. The company will file applications for environmental permits in mid 2017, finish design in the fall of 2018, with construction to start once design and permitting is complete. The new facility is expected to be on line and serving customers in the fall of 2020. The current water treatment facility, which serves customers in Biddeford, Saco, Old Orchard Beach and Scarborough, is more than 130 years old and sits in the flood plain of the Saco River. The new facility will be well out of the flood plain, on the western side of South Street in Biddeford.

The Maine Legislature passed a law in 2005 that led to the creation of the Southern Maine Regional Water Council (SMRWC), and last fall, the SMRWC released a technical update to a report it originally released in 2008. That original report identified Sebago Lake and the Saco River as bodies of water “that might be expanded as regional supplies are integrated into a regional supply system in the future.” In particular, “A new regional water treatment facility could be constructed along the Saco River, sized to meet the projected needs of the entire region.”

Maine Water's new facility will have an initial capacity to treat 20 million gal. per day. With an eye on regional cooperation, the company is making sure its new facility is expandable. All the water systems in southern Maine currently produce about a combined 40 million gal. of “finished water” per day, but the SMRWC expects demand for public drinking water to grow.

“Drought relief is just one benefit of regional connections, there are many others,” said Rick Knowlton, vice president of operations at Maine Water. “During the worst days of the recent drought, we drew just over one per cent of the river's flow past our intake pipe in Biddeford. The ability of the Saco River to help others in times of drought is significant, and the incremental impact of additional water withdrawals would not be environmentally significant. The river is extremely clean, and it's plentiful. Its potential to help the region with all its water needs is impressive, and its expanded use would reduce the environmental impact of stressed resources currently being used by some of the southern water systems.”

“Our planning is here and now,” Knowlton said. “By building this new facility, we are offering to deliver a major component of the regional water plan. As our project proceeds, we will stay in close contact with all members of the SMRWC, and we will do all we can to facilitate our neighbors' interest in a regional policy of mutual aid.”