Drones, Robots Could Make Project Work Play Out Like a Video Game

The building site of the future is going to look very different to the one we are all used to today. 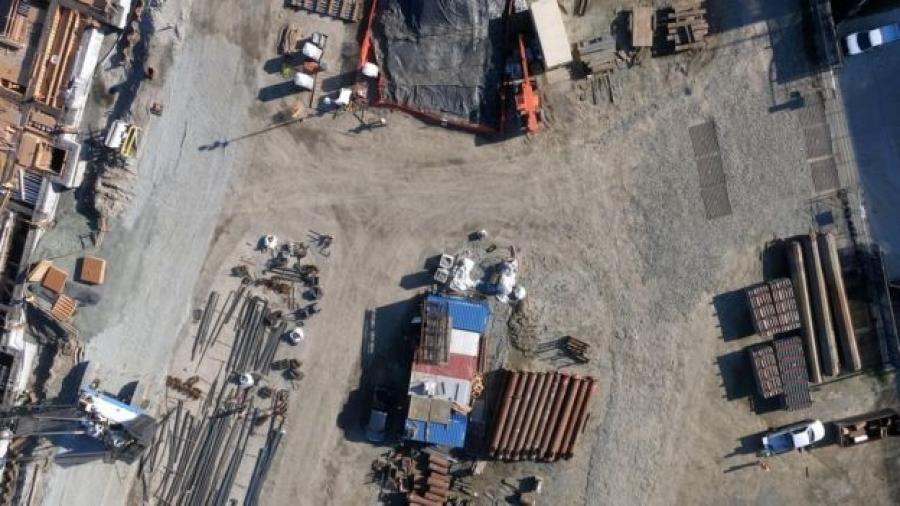 Image courtesy of Skycatch. Instead of men in high-visibility jackets and hard hats, there are going to be drones buzzing overhead, robotic bulldozers and 3D printers churning out new structures.

According to a recent BBC report, the building site of the future is going to look very different to the one we are all used to today.

Instead of men in high-visibility jackets and hard hats, there are going to be drones buzzing overhead, robotic bulldozers and 3D printers churning out new structures.

That at least is the hope of those making technological solutions.

But first they have to convince the traditionally risk-averse construction industry that such change is necessary.

US start-up Skycatch is using drones on some high-profile building projects - although it cannot name them because of commercial sensitivity.

The drones give a bird's-eye view of a site and provide progress reports, speed up the logistics of construction by monitoring deliveries and offer real-time updates on any changes that may need to be made to the plans.

Japanese construction machinery giant Komatsu has gone one step further - using the Skycatch drones to provide the eyes for automated bulldozers. The drones send 3D models of a building site to a computer which then feeds the information to unmanned machinery to plot their course.

"The more visible data that you have on a site, the more you'll see machines and robots moving things around rather than humans."

One of the potential solutions to the housing crisis could be 3D printing, which is already making an impact on the construction industry - cutting both the time and cost of building houses.

The UN estimates that by 2030 approximately three billion people will require housing and has mooted 3D printing as one possible solution.

A team in the School of Civil and Building Engineering at Loughborough University has been working on the technology since 2007, first developing a 3D concrete printer within a frame and more recently adapting it to work with a robotic arm.

Using a robotic arm means that the team can print up to 10 times faster and create a huge variety of forms, including curved, hollow and geometrically complex shapes.

The group's YouTube video of the system in action has garnered over half a million views, something lead researcher Prof Simon Austin finds astonishing.

"I am still trying to get my head around the fact that a video about concrete - a material normally seen as boring - has had so many views," he said.

It indicates, he hopes, a shift in thinking - not only from the public but also from the construction industry, which is traditionally "risk-averse".

"I think that companies who become early adopters of 3D printing will learn a huge amount about automation and robotics and how they can be exploited on a site," he said.

The team decided to work with concrete as their main material because as Prof Austin says: "There are very good reasons why the built world is made mainly out of steel and concrete - including durability, mechanical performance and aesthetic properties."

The prototype is being tested at the Manufacturing Technology Centre in Coventry, which to date has only worked with hi-tech industries - this represents its first collaboration with the construction industry.