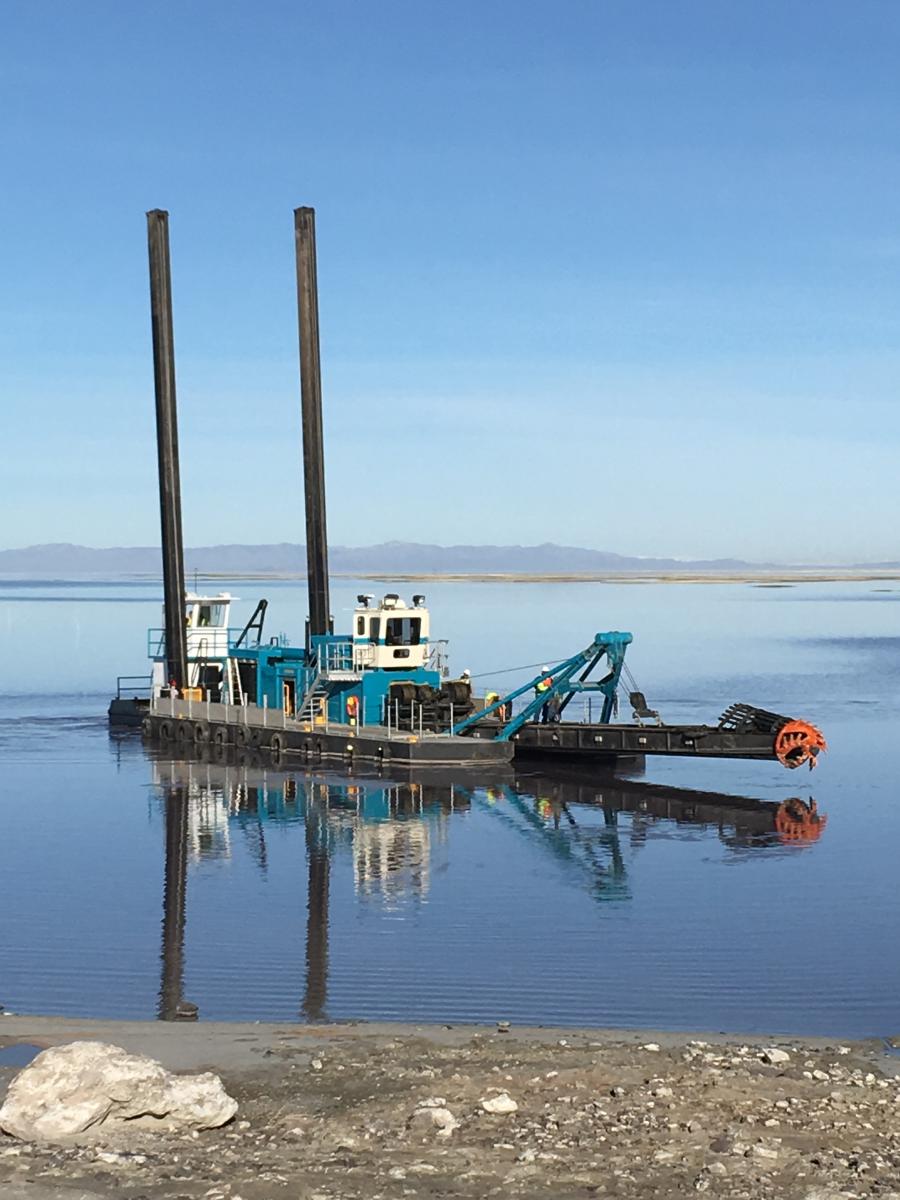 DSC Dredge, based in Reserve, La., delivered its first-ever dredge equipped with a Tier 4 Final C32 ACERT Caterpillar engine to a minerals company located in the U.S. This Shark Class Dredge features an 18-inch hull-mounted dredge pump and 300 hp cutter drive assembly, and has a dredging depth capability of 56 feet. DSC supplied stainless steel hydraulic fittings and used anti-corrosion building practices, as the dredge will be working in a corrosive environment. The minerals company also purchased an anchor barge fabricated by DSC, which included a Tier 4 Final engine for the hydraulic winch drive system.

The U.S. Environmental Protection Agency (EPA) Tier 4 Final emissions standards went into effect for dredges last year. Engines ranging from 2,682 to 4,962 hp (2,000 to 3,700 kW) were first affected by the standards. But by October 2017, all new engines with a maximum power of 804 hp (600 kW) and greater must meet U.S. EPA Tier 4 Final emission standards.

The Tier 4 rules were enacted to further reduce two main pollutants that diesel engines emit when they run – particulate matter (PM) and nitrogen oxides (NOx). NOx contributes to the formation of ground-level ozone, which is a primary factor in air pollution. Exposure to PM has been shown to adversely affect the respiratory system, according to the EPA.

DSC worked closely with Caterpillar for this “green” build. According to David Ezell, OEM Account Manager for Michigan CAT, “DSC and Michigan CAT utilized a strong engineering collaboration to install the first Tier 4 Final engine in a DSC Shark dredge – the C32 Tier 4 Final 1,125 hp. The C32 Tier 4 Final engine is a 32-liter 12-cylinder V-engine with horsepower ranges from 1,000 hp to 1,125 hp. The C32 has industry-leading torque of 4,056 foot-pounds at 1200 rpm. Ezell said Caterpillar was able to achieve the Tier 4 Final regulations in the C32 with the use of the Caterpillar NOx Reduction System and dual maintenance-free diesel oxidation catalysts (DOC). “The robust Caterpillar Tier 4 Final engines were tested and proved with over 4.6 million hours of in-field testing and validation to deliver highest horsepower and torque ratings with lowest cost of ownership in the industry,” Ezell said.

The DSC Shark Class dredge offers standard discharge sizes ranging from 10 in. (250 mm) to 24 in. (600 mm), which are customizable upon request. It has a conventional dredge-operating configuration with a modular design for easy transport. The Shark is unique in that it offers the features of a larger dredge in an exceptionally portable design. Available with diesel or electric power, the Shark includes a PLC operating system, electro-proportional hydraulic circuits, high-capacity service water system and an inline direct marine-style transmission for dredge pump reduction. The Shark is customizable to exact application and production requirements.