Dwire Earthmoving LLC, a third-generation family company, began in Minnesota and is now one of the largest earthmoving companies in Colorado Springs, Colo.

"My grandpa started the business with a single tractor in southern Minnesota in 1939," Jeff Dwire said. "In the '70s, my dad took over the company completely. I ended up moving to Colorado with my brothers and did my first contract here in 1989."

Dwire was eager to move, though the challenge of starting with nothing in a new state was daunting.

"I came here not knowing anybody," Dwire said. "My dad had retired and completely sold out, so when I moved to Colorado Springs, I remember one contractor telling me, ‘I don't know who you think you are, but this is my town.' And I said to myself, ‘I don't think so, buddy. This is going to be my town.'"

Today, it really is Dwire's town as many large infrastructure projects for the city start with his dirt moving. The company has 100 employees and moves 12- to 13-million cubic yards of dirt every year. Dwire attributes the growth to determination and strategy.

"I've learned a lot growing this business," Dwire said. "You figure out how to treat clients, how to treat employees and the right machines to buy."

And when it comes to excavators, he relies on Hitachi.

"I love the Hitachi brand," Dwire said. "For real production loading work, I like the Hitachis. They're super efficient, good on fuel and just remarkably reliable. I've owned probably 20 of them throughout my lifetime." 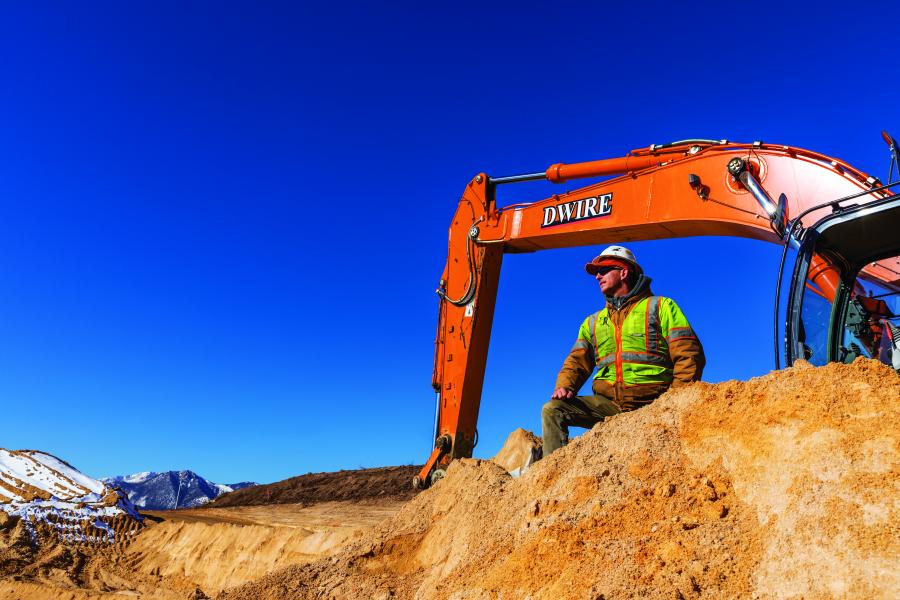 Every excavator in Dwire's fleet is bound to put in hard hours. With such a large-scale earthmoving company, the crew's excavators are at the center of any given operation. And production is king.

"Our guys need to be swinging every 15 seconds and throwing dirt," Dwire said. "Production is what it's all about. I cannot have my machines break down."

Dwire, an experienced operator himself, now focuses on optimizing efficiency and tackling some of the largest projects in Colorado Springs. Recently, the company worked on the I-25 interchange project, moving more than 2 million cu. yds. of material to prep the area for a multi-cloverleaf highway interchange.

Dwire's crew routinely gives every machine in their fleet a workout, including their latest additions, a new ZX130-6 and a ZX870LC-6.

"Right now, we have four Hitachi excavators," Dwire said. "From the really small mini excavators, all the way up to the ZX870LC-6."

The machine range within their fleet helps the company accomplish smaller jobs like digging residential trenches to large-scale jobs where the ZX870LC-6 is a production workhorse, outfitted with a 9-cu. yd. bucket.

No matter the work or size of the job, Dwire noted that reliability and support from his dealer, 4Rivers Equipment, are key to maximized uptime.

"We need machines that are going to produce day in and day out," Dwire said. "Reliability is everything in this business, along with dealer support. I've known 4Rivers Equipment for 25 years, and the machine with their dealer support really go hand-in-hand in making it a great experience."

Dwire has hopes that he will continue to grow his fleet and utilize the reliability that Hitachi delivers.

"I always say if all I had to do was run Hitachi equipment, that's what I would do," Dwire smiled. 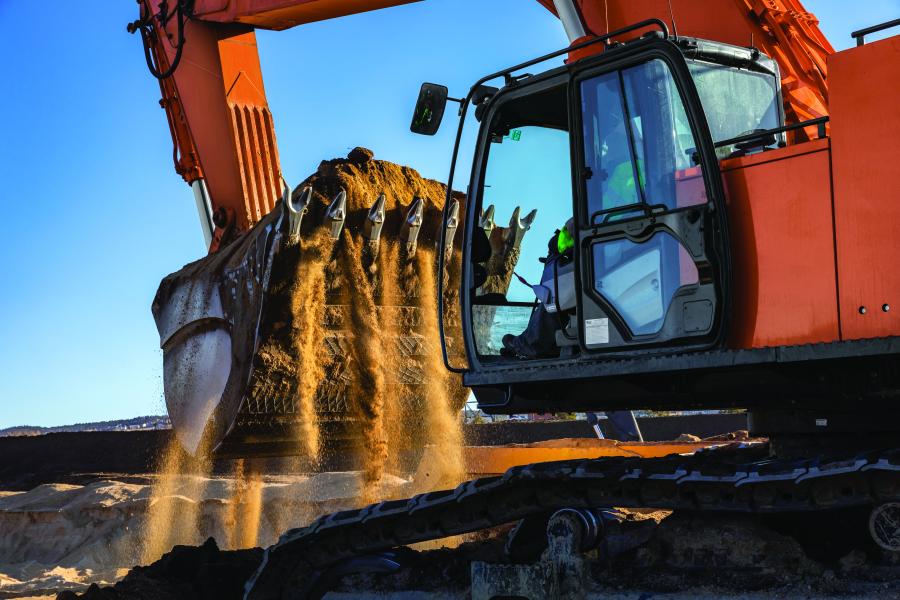 As Dwire looks out onto a job site, you can see his wheels turning. He's spotting any inefficiencies and making sure trucks are constantly being loaded.

"It's pretty simple – if we're moving, we're making money," Dwire said. "Here in Colorado, it's two to three dollars a cubic yard; it takes a lot of dirt to turn some dollars."

With productivity being measured down to the minute, or even second, uptime is paramount.

"We get a lot of uptime out of our Hitachis," Dwire said. "They are just so reliable. That combined with dealer support is why we stick with it."

Dwire also has noticed that cab comfort makes a difference for production.

"The comfort of sitting in a Hitachi excavator today is just unbelievable," he said. "It's like sitting in your chair at home watching TV."

With the CB radio and GPS systems in the machine, there is usually no one on the ground at Dwire's job sites.

"It's really a guy sitting in that seat 10 hours a day and communicating by radio and by looking at his GPS grade," Dwire said. "So, operator comfort is a big deal. Years ago, when these cabs got so comfortable, our uptime went from being a 50-minute hour to a 55, 58-minute hour in these machines. And at the end of the day, that makes a big difference." 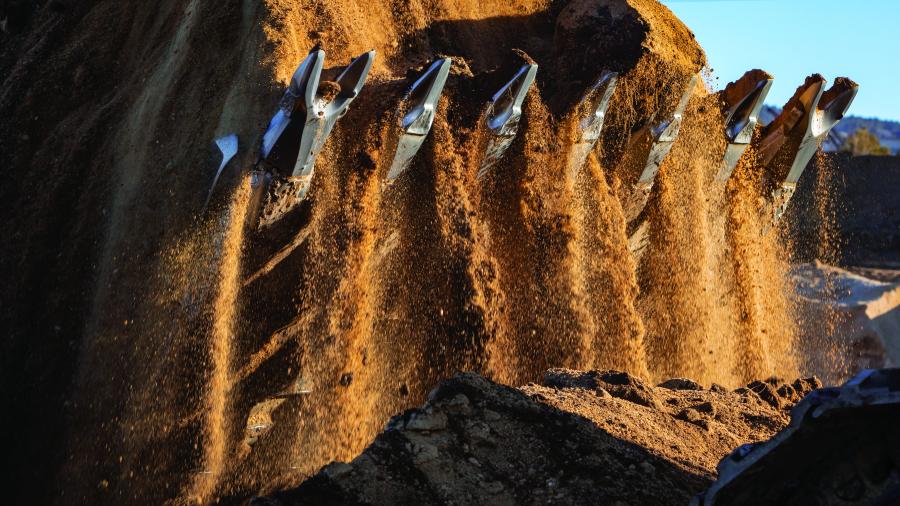 As a kid growing up in the family business, Dwire was exposed to earthmoving, and from then on, could never find anything that compared.

"When we get a new machine, I have to try it out," Dwire smiled. "Just gotta get out there, relax and move some dirt."

He has fond memories of sitting in a loader with his dad when he was a boy.

"That vibration of the diesel engine just gets into your blood," he said. "I can still feel it today, and I think anybody who's been cursed like me and was brought up that way has a hard time doing anything else." 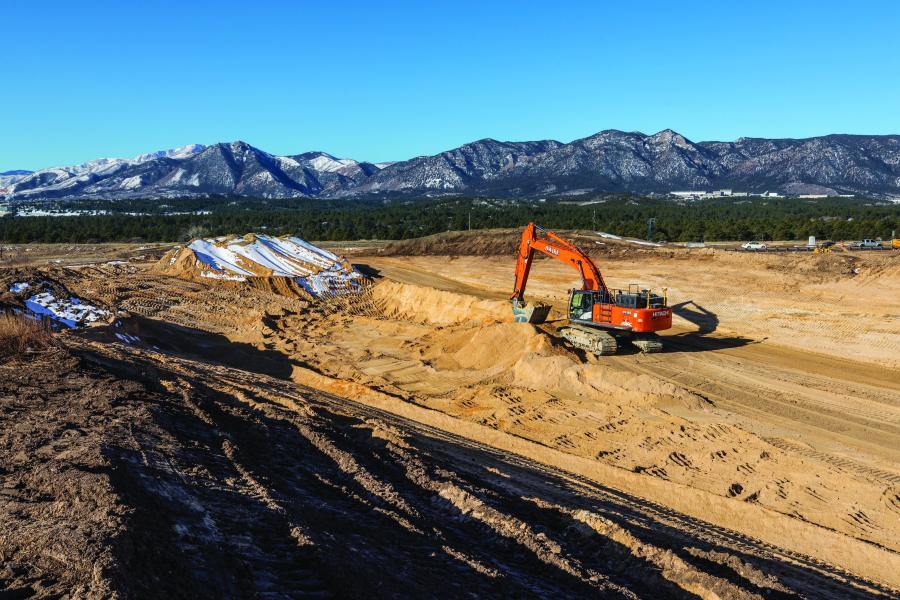