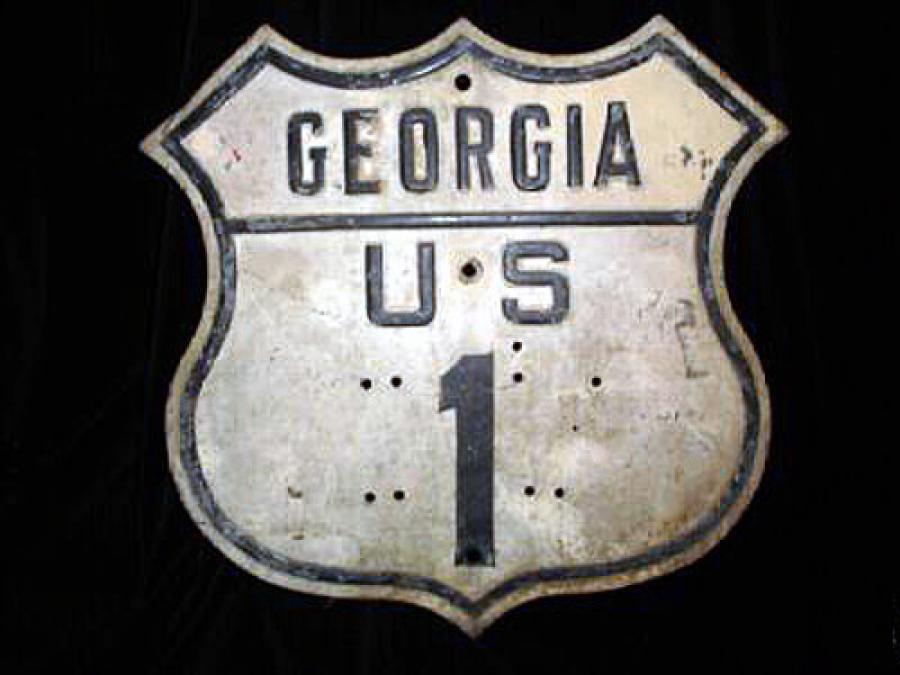 Georgia's primary north-south road corridor in the eastern part of the state is U.S. Highway 1, which will mark 100 years as a numbered roadway in 2022.

And, in many places along its 2,300-mi. route from South Florida to the Canadian border, U.S. 1 is showing its age.

Although it has been upgraded before in Georgia, the highway has reached operational capacity, and improvements are required to maintain ideal service for freight transport and everyday travelers, according to the Georgia Department of Transportation (GDOT).

In east-central Georgia's Jefferson County, for example, GDOT has recently taken measures to improve safety on a current two-lane roadway section of U.S. 1 that sees more than 8,000 daily drivers, 20 percent of which are piloting trucks.

In early September, the state agency awarded a $46.8 million contract to E.R. Snell Contractor, based in Snellville, to perform a U.S 1 widening project in the county

The job represents the fourth and final step toward a four-lane U.S. 1 roadway from the town of Wadley north to the community of Wrens. Each construction effort will be active in 2021 and encompass a 21-mi.-long corridor when finished.

Together, they will total an estimated $150 million total investment for the state.

E.R. Snell will make highway improvements for 5.91-mi., stretching from the Wadley Bypass to the Louisville Bypass. In addition, the contractor will build new bridges over the Ogeechee River and its overflow south of Louisville.

According to GDOT, the proposed work provides four, 12-ft. lanes with variable-width depressed grassed medians until the typical section just north of the Ogeechee Overflow bridge transitions to a flush median that continues to south of U.S. 1/ GA 4 Business. The northern project terminus is only 0.3-mi. north of Nimrod Road.

Concurrently, E.R. Snell is making another of the four U.S. 1 improvement projects at the northern end of the Jefferson County corridor near Wrens.

There, the construction firm will widen and reconstruct U.S. 1/GA 4 from Mennonite Church Road to GA 88 for 6.5 mi. In addition, crews will replace roadway's bridge over Big Creek bridge and build a new parallel structure over the waterway.

Another GDOT project on the U.S. 1 corridor in Jefferson County got under way in 2020 with the 2.85-mi.-long widening and reconstruction of the highway's bypass around Louisville from north of Nimrod Road to Clarks Mill Road.

C&H Paving Inc., in Thomson, was the approved bidder at $16.97 million for the project, which is due to be finished by the end of September 2022.

Beginning just north of Louisville, the highway upgrades will proceed along U.S. 1 as symmetrical widening consisting of a four-lane, 14-ft. flush median with an urban section until 1.2 mi. north of Clarks Mill Road. There, the new alignment will switch to a rural section featuring a 44-ft. grassed median.

Reeves Construction is expected to have its highway upgrades completed by Aug. 31, 2024.

Last spring, Georgia Gov. Brian Kemp announced the availability of $277 million in Coronavirus Response and Relief Supplemental Appropriations Act 2021 (CRRSAA) funds to GDOT to fill in projected revenue gaps caused by the impacts of COVID-19. The CRRSAA was passed by Congress in December 2020.