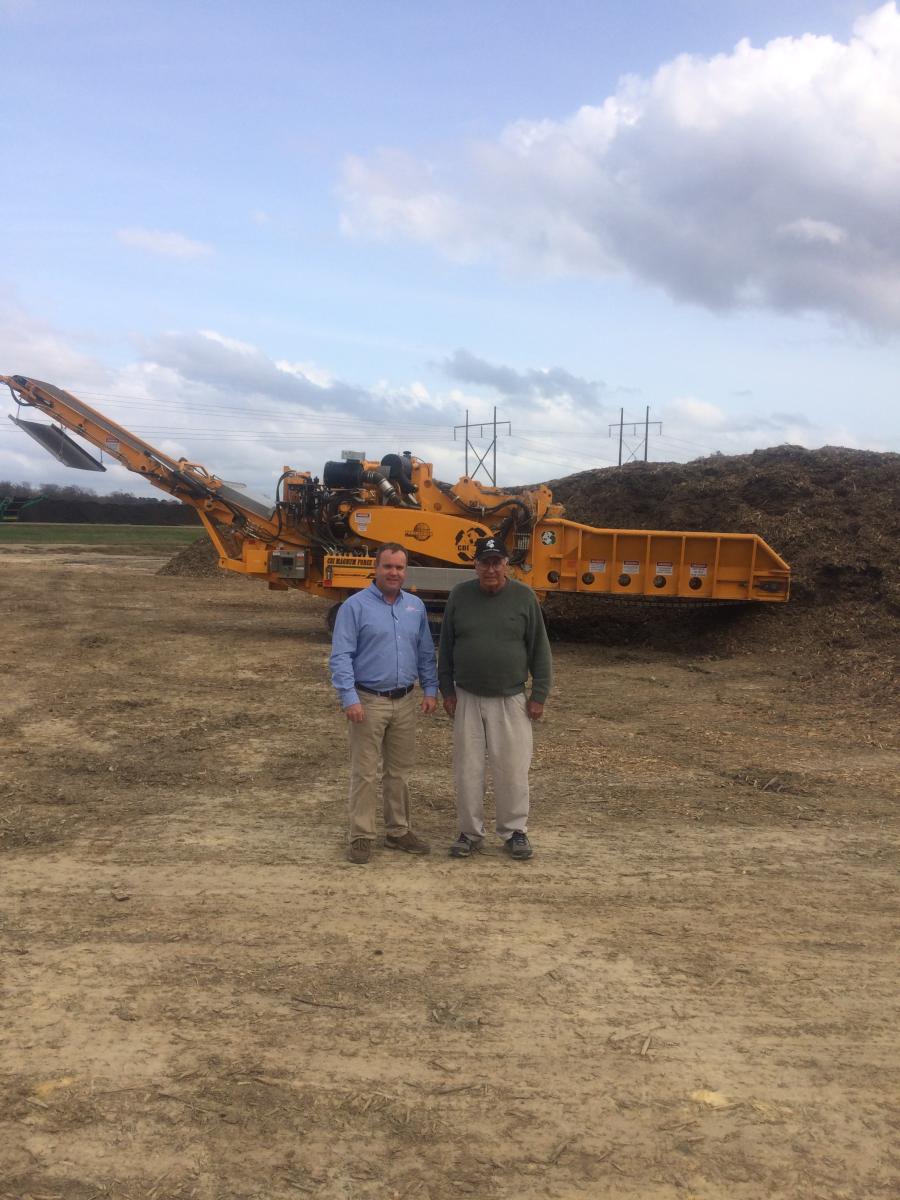 Employee John Fisher was most impressed with the features on the grinder.

“To me this is the real voice of the grinders,” he said. “There are so many as far as protecting the machine, and also the machine itself doesn't throw out the material. It's a much safer machine to walk around. There are just so many good things about it. It's designed in a way that it doesn't overfeed itself, and the motor stays at a constant speed.”

Fisher has been pleased with the relationship he has had with Powerscreen Mid-Atlantic Inc., and particularly with salesman Josh Anderson.

“I have bought equipment for over 50 years, but Josh has been the best salesman I have ever had to deal with,” Fisher said. “He stayed with us continuously, and he's checked with us. He's a good guy who doesn't mind working. I have nothing but praise for Josh as a salesman — not only as a salesman, but a good guy.”

Eastern Compost LLC was started by Joel Boseman about nine years ago when he saw a need in using some of the byproducts from his farms. The product produced is a compost that has a 2-2-2 nutrient value, which is 2 percent nitrogen, 2 percent phosphorus and 2 percent potassium.

“We start out with wood pallets, which we grind into wood chips,” Fisher said. “We add that to solids that we get from Wilson and Raleigh, and also use some sawdust with horse litter in it. Then we blend it in and let it heat up for 15 to 20 days. Then we stockpile it and reuse it on the farm or sell it. The compost is not like a fertilizer — it doesn't leach out as fast, and it'll really absorb water. There are so many good things about it that it's just hard to beat.”

The Magnum Force 5800 is a mid-sized upswing grinder with a decreased installation footprint.

The offset helix rotor, anvil, and screen designs and dimensions remain similar to the 6800 to retain its superior grinding performance, but the rotor width is decreased to produce a machine with a total width under 8.6 ft. (2.55 m). The grinder weighs 64,850 lbs. (29,415.4 kg).

The Magnum Force 5800 grinder is engineered for yard waste, demolition wood processors and mulch yards that demand high-volume throughput and maximum reliability. The 5800 features a high lift upper roll for ease of maintenance, a high torque hydrostatic feed system and a high strength drum rotor and screen system that are shear pin protected.

“Through the years after renting about seven different grinders, if someone is interested in buying a grinder, I think they would be well satisfied with this one, and also with the Powerscreen Mid-Atlantic Inc.,” Fisher said.