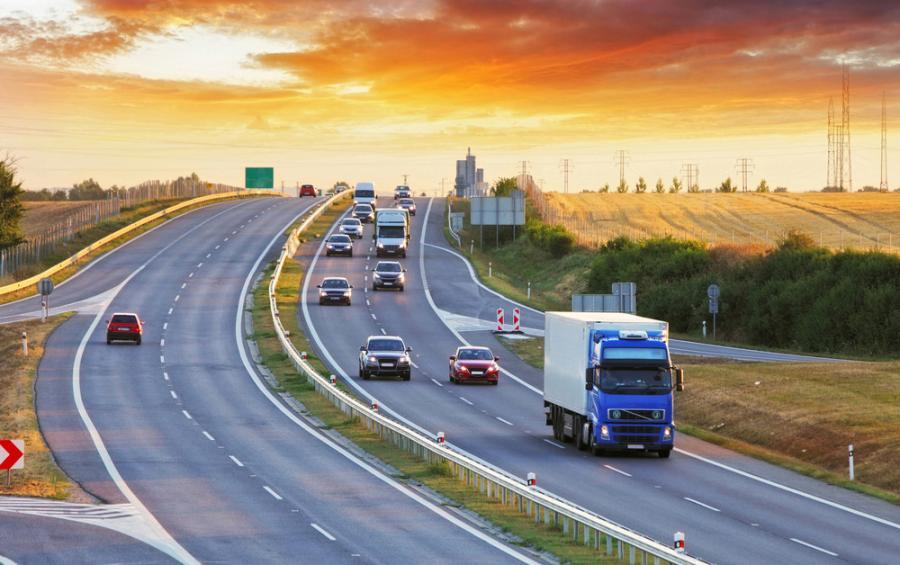 With more than a decade and a half of improvements on Oklahoma's highways and interstates under its belt, this year's updated Eight-year Construction Work Plan is paired with newly refined goals to further address the most critical issues affecting drivers every day. Two complete cycles of the Eight-year Plan have come and gone successfully since the program became the Oklahoma Department of Transportation's project road map, starting with the 2003 plan. However, there is still much work to be done to continue improving safety and making traveling our state more efficient.

This iteration of the Eight-year Plan continues to focus on replacing structurally deficient highway bridges as well as addressing older bridges before they develop deficiencies, along with improving two-lane highways with deficient shoulders and increasing the focus on improving good condition pavement miles. Gov. Kevin Stitt is looking for each agency to show taxpayers how their dollars are being spent and the Eight-year Plan has been praised as a way of achieving performance measures as well as being accountable and transparent to the public.

"The metrics were selected to directly move the needle in three key areas," Secretary of Transportation and ODOT Executive Director Tim Gatz said. "First, we must continue to replace and address bridges, not only to finish tackling structurally deficient bridges, but also to maintain good standing and stay ahead of the needs of our aging infrastructure. Second, we must improve two-lane highways with deficient shoulders to provide an added layer of safety when driver errors occur. And third, we must improve pavement conditions to increase safety as well as lower vehicle costs to the driving public. If we apply ourselves to these goals, we can make Oklahoma a ‘Top 10 State' in these categories."

The refined goal on two-lane highways includes decreasing the total mi. with deficient shoulders by 10 percent by 2023, which will give the driving public an added layer of safety in case of errant drivers on the roadway.

The increased goal to improve the amount of good condition pavement mi. by 10 percent by 2023 will be met by projects in the Eight-year Plan and the Asset Preservation Plan upgrading and extending pavement life to change its rating from fair or poor to good.

The commissioners also approved the $482 million Asset Preservation Plan for State Fiscal Years 2020 through 2023. This plan works in conjunction with the Eight-year Plan to extend the life of current highway infrastructure through an adequately funded program that includes improving surface condition of existing infrastructure, rehabilitating bridges and improving accessibility. In the updated plan, nearly 400 projects are set to improve 2,500 lane mi. of pavement and rehabilitate 85 bridges that are currently at risk of becoming deficient.

The nearly $1 billion County Improvements for Roads and Bridges Plan for State Fiscal Year 2020 through 2024 was also approved by commissioners Monday. Through the efforts of counties' Circuit Engineering Districts, county commissioners and ODOT engineers, the rebalanced CIRB plan is set to address 375 county bridges, of which 179 are structurally deficient, and more than 800 mi. of county roads. In a continued effort to make the most of state resources, 29 of the planned bridge projects will use recycled I-40 Crosstown bridge beams.

"Though not all equal in size or scope, each of these three infrastructure plans is a vitally important road map for the department and the counties working hand in hand to address separate parts," Gatz said. "By following these plans, our state's largest asset — the roads and bridges — is being preserved and replaced consistently, which makes our transportation network safer, more efficient and more effective from county roads all the way to the interstates."

Since the first Eight-year Plan in 2003, ODOT's field division engineers, transportation commissioners and stakeholders have identified the state's most critical highway and bridge projects, creating a balanced statewide plan with anticipated federal and state funding in an accountable and non-biased manner. Each year, the plan is updated to reflect project completions, adjustments in projected revenue and costs and another year of projects is added. Funding comes from a combination of state income tax and state motor fuel tax revenues, as well as the federal Highway Trust Fund.

All plans are available for viewing on the ODOT website, www.odot.org. Click on the "ODOT Publications" link under the "What's New" tab.