Elizabeth Velez, a Trailblazer in the Construction Industry

Elizabeth Velez grew up among beams and scaffoldings. 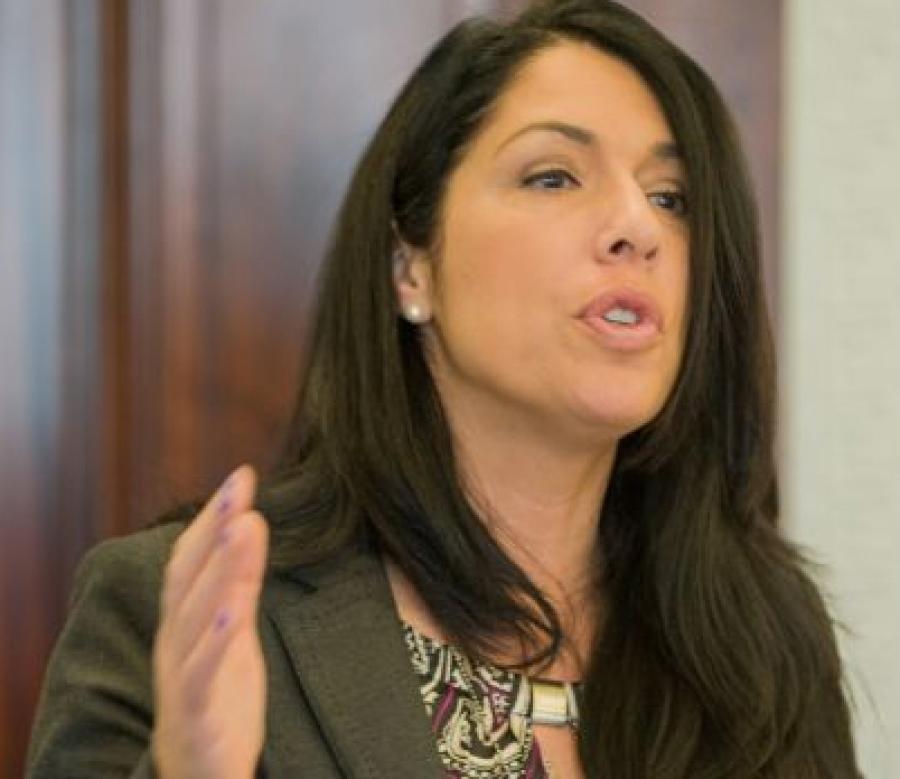 Image courtesy of Fox News. Elizabeth Velez grew up among beams and scaffolding.

March 6th thru March 12 is being celebrated as Women in Construction Week. Fox News takes a look at a true trailblazer in the industry, Elizabeth Velez:

Elizabeth Velez grew up among beams and scaffoldings. One of seven girls, as a little kid she would tag along with dad on all kinds of construction sites — the very first projects of the emporium that is now the Velez Organization, founded in 1972.

“If I stayed home, I'd have to clean up or take care of my younger sisters,” said Velez, 48. “But I really enjoyed going because it was always to different places such as schools and hospitals, community places that impact so many lives.”

Today, Velez is not only a leader in the New York City's construction industry, but is known to be a mentor to women and minorities.

Having completed close to a billion dollars' worth of construction, Velez says it was a proposal she wrote while she was still an undergrad at Hofstra University School of Business in the 80s, that launched her career.

The idea was to partner with Katherine S. Wylde, President & CEO of the Partnership for New York City, a nonprofit organization for the city's business leaders, established by David Rockefeller in 1979.

“It was a new concept program to turn neighborhood builders/contractors into big developers,” she told Fox News Latino. “My proposal was picked, my father's company was chosen for the pilot,” she recalled. “I never looked back.”

She said this experience as a young, inexperienced entrepreneur made her value mentorship above all else and led her to become a dedicated mentor to others.

“I saw at a tender age the need for people to look out for one another. My dad instilled in me the mindset to always bring others along,” Velez said.

She also encourages women to see construction as a pathway for a career.

“I'm such a proponent of the field. It's actually perfect for women. It's project-driven. It's flexible, so if a woman has children, she can leave her position and return without fear of losing ground; this is an inherent issue for women,” Velez said.

Velez Organization has many buildings to boast of, most of which are contracted by public agencies and authorities throughout New York State. Also, Velez has its hand heavily in the health market, having worked on several projects including Queens Hospital Center, Harlem Hospital, Elmhurst Hospital and Columbia University's Center for Disease Prevention.

Despite much of the progress made with women and people of color in the industry, Velez said not much has changed in senior positions.

“Minorities and women are more apt to hire women and minorities,” she told FNL. “You can't see advancement without opportunity in this area.”

As a trustee on several boards, Velez remains an active promoter of diversity – with a special place in her heart for young girls.

She's a trustee on the board of Boricua College, for example, a post-secondary institution tailored for Puerto Ricans where 80 percent of the student body is single mothers.

“I enjoy talking with young girls,” said Velez, herself a Puerto Rican. “They don't see building on the spectrum. If they hear about it from someone who talks like them and looks like them, they're more likely to hear the lesson,” she said.