The reconstruction of the seawall provides a replacement of that structure so it can last 75 plus years and be up to seismic code. 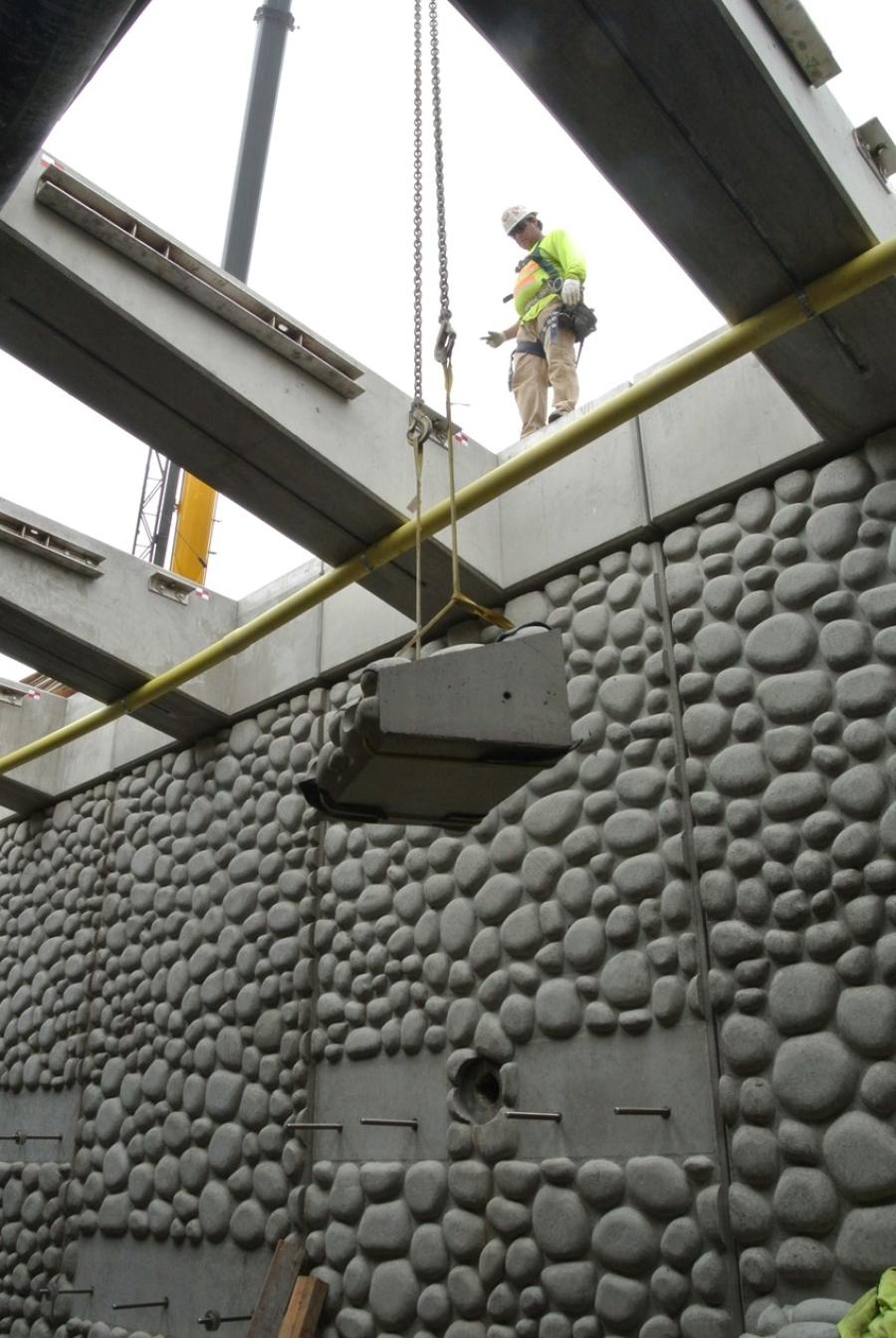 After nearly three years of traffic and pedestrian detours throughout the city of Seattle's historic waterfront, the Elliot Bay Seawall Project is nearing its anticipated completion in spring 2017. The project is a complete replacement from Yesler Way to Pine Street of the seawall's early 20th-century design of old-growth timber beams that had protected the shoreline from the Puget Sound for nearly 70 years.

“The seawall replacement was necessary for many reasons — the seismic stability of that area and general maintenance of the seawall itself,” explained Lorelei Williams, executive of the Seawall Project and director of the Seattle Department of Transportation's Capital Projects and Roadways Structures Division. “The reconstruction of the seawall provides a replacement of that structure so it can last 75 plus years and be up to seismic code.”

In November 2012, Seattle residents voted to replace the .75 mi. (1.2 km) section of the seawall from Yesler Way to Virginia Street at a price tag of $410 million dollars.

“We are close to on schedule,” Williams said. “The original plan was to be done in late fall 2016 for the Yesler Way to Pine Street work, and we're looking at finishing now in late spring 2017. We are looking at some options to finish the majority of the Pine to Virginia streets portion as soon as fall 2017 [which] we're hoping to improve upon.”

The Mortenson-Manson Joint Venture was awarded the contract. Sam Owen, one of the construction executives for the project, said that the reason for the joint venture is because Manson is the premier contractor for in-water work and Mortenson has the expertise in landside work, such as jet grouting and excavation.

Following the environmental review process, construction started in fall 2013. Owen described its beginning as a “soft start,” which consisted of preparatory projects before formally starting. To manage the workflow, the seawall was sectioned into boxes: “a set of stations that the team felt made sense for starting and stopping [the work],” he explained.

The seawall replacement work was generally the same across all the boxes, although the depth of the jet grout and the width of the foundation slab that went on top of the jet grout were deeper and thicker for some boxes. Using large stick cranes and augers, crews created a 30 to 40 ft. (9.1 to 12.2 m) boundary for the excavation by building soldier pile walls on the landside and a sheet pile wall on the seaside.

“We installed a sheet pile wall in front of the entire worksite [of a box] and that basically was to keep any contaminants from getting into the bay and for us to limit the need to dewater the construction site,” Owen said.

During the excavation, the existing seawall and its relieving platform were demolished so they wouldn't interfere with the jet grout. Owen described jet grouting as a soil improvement process that was needed to stabilize the soil and support the new seawall structure. The jet grout columns, which descended 80 ft. (24.4 m), were installed in a honeycomb pattern around the existing timber piles, effectively sealing the old structure and reducing the seismic risk of liquefaction. Nearly 6,000 5-ft. (1.5 m) columns were placed, making the jet grout portion “one of the big pieces of this project” Williams said, adding that the seawall project is either close to the biggest or the biggest jet grout project in the country.

On top of the jet grout, crews then placed 4 to 5 ft. (1.22 to 1.5 m) thick and 20- to 30-ft.-long (6.1 to 9.1 m) concrete foundation slabs that hold the jet grout in place and provide a base for the precast elements. These precast elements include textured face panels that are exposed to the bay, marine mattresses, habitat benches, and 23,000 lbs. (10,432.62 kg) zee panels that provide a cantilever for the light-penetrating surface sidewalk panels.

Once the precast elements were in place, the next steps were installing the utilities, backfilling, and paving to restore the area for public use, Owen said. The project has completed boxes 4 to 10, and crews are currently working on boxes 2 and 3, which are scheduled for completion by March 2017. With these boxes located away from popular pedestrian zones, he added that “it's a little bit easier to execute the work.”

Throughout the construction, the number of crew on site varied, with as many as 250 to 300 personnel at peak construction times. All trades were on site — operators, carpenters, plumbers, electricians.

One of the reasons for construction schedule being stretched to 2017 was the decision to install a soil freeze wall, which Williams described as being helpful when it came to managing the water entering the work site.

For the soil freeze wall, “[We] created a wall of ice that prevents the groundwater coming down from the city into the work space, which is really pretty cool,” Owen explained, adding that it proved to be a great solution for handling the groundwater. The soil freeze wall was created by installing 30 — 40 ft. of pipe into the ground and circulating a brine solution through chillers, effectively freezing the existing groundwater and creating a 5-ft. thick wall of ice.

Another complication with the project was cutting off pedestrian access to waterfront businesses for an extended period of time.

“There was a period of time for nine months [Oct. 2014 to June 2015] when businesses were closed because we were unable to maintain access to their buildings,” Williams said. “Once we were able to ensure business access, the businesses reopened, and we used bridges connecting to businesses to allow for pedestrian access. July 1, 2015 was a major day to open the area in front of historic piers.”

In his dealings with the waterfront businesses, Owen recalled that he was always impressed with the businesses owners' understanding and flexibility when “dealing with what most businesses would never dream of having to deal with. Everyone's been really great to work with. If they hadn't been as cooperative as they were, things could have been twice as hard.”

Although the primary purpose of the seawall is to protect the city, providing habitat value also became a project priority. The light-penetrating surface sidewalk enables light to reach the marine mattresses located below, which include habitat benches that provide a surface for sea life. The mattresses raise the sea floor and provide a shallow passage route for fish, and “we have three different face panels that are intended to promote growth and sea life in that area,” Williams explained.

Of the seawall project, it's gone well but it is definitely a significant endeavor, she said. “We aren't just building the seawall; we built significant utility infrastructure — sewer, water, electrical.”

Following the completion of this nearly mile-long stretch, there is another section of seawall from Pine to Virginia that isn't under contract yet but does have funding through the levy. The section north of Virginia to the Olympic Sculpture Park isn't scheduled or funded for replacement, but Williams said that is a “future endeavor for the city.”—CEG