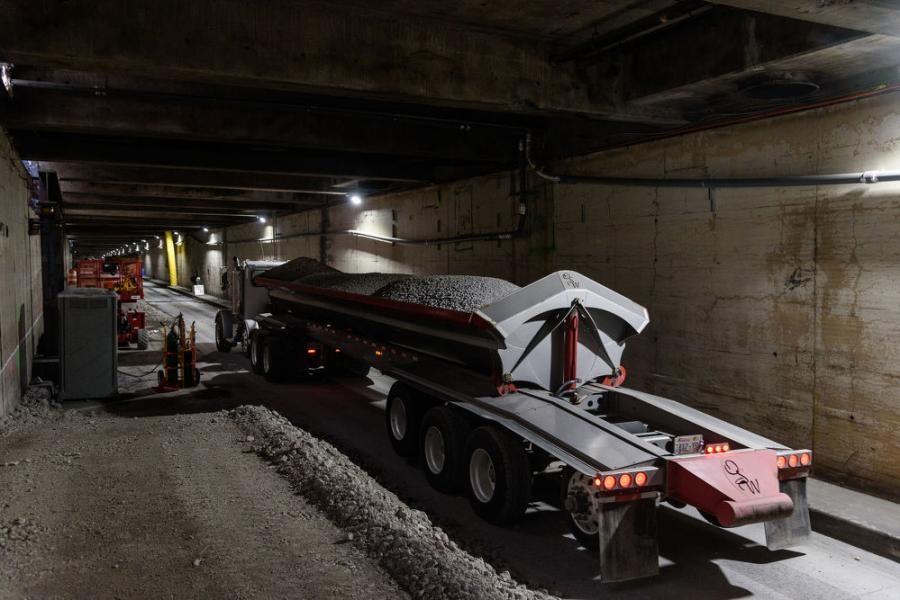 A dump truck brings fill material recycled from the demolition of the Alaskan Way into the Battery Street Tunnel. Contractor Kiewit Infrastructure West is using the concrete rubble as fill for the 65-year-old tunnel. (WSDOT photo)

One year ago, the iconic Alaskan Way Viaduct was permanently closed, but soon the area will be converted into a 20-acre park featuring an overlook wall and public space.

Last May, the Alaskan Way Viaduct Replacement Program got under way. Crews began filling in the Battery Street Tunnel with rubble from the demolished Alaskan Way Viaduct. The tunnel was then decommissioned after it was found to be seismically vulnerable.

Crews cleaned about 250,000 sq. ft. inside the tunnel to remove decades of automobile exhaust. They also removed the tunnels mechanical and electrical systems. They continued to install sewer lines and conducted other utility work.

For the fill project, trucks hauled rubble from the Viaduct to Terminal 25 on the Duwamish River for processing. Rebar was removed from the concrete, then the concrete was put through a crusher.

Once the tunnel is filled, the vents will be removed and sealed up as part of other surface street restoration work on Battery Street scheduled for summer 2020. The road to the north that formerly descended into the tunnel is being raised to grade level and streets on either side reconnected, creating new cross streets.

The Alaskan Way Viaduct Replacement Program has been in the works since 2009 when the Washington State Legislature voted to replace the waterfront section of the viaduct with the SR 99 double-decker tunnel. It is set to be completed by 2021. 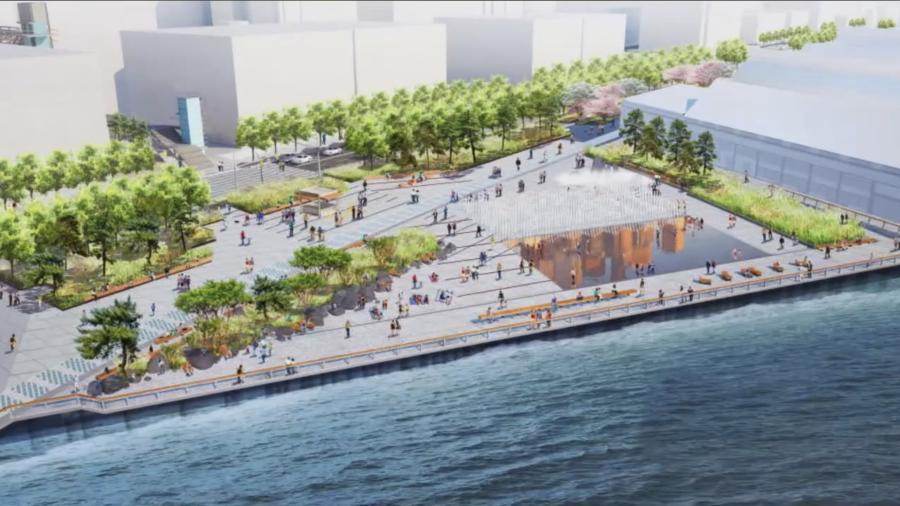 A rendering of what the 20-acre waterfront park will look like upon completion in 2024. (KOMO News photo)