Thirty-eight months into a nearly $100 million Portsmouth, N.H., wastewater project and the end is finally in sight.

Thirty-eight months into a nearly $100 million Portsmouth, N.H., wastewater project and the end is finally in sight.

Construction on the Peirce Island Wastewater Treatment Facility (WWTF), the largest public works project in the city's history, got under way in 2016 after the city was ordered to upgrade the existing wastewater facility due to inadequate treatment. The project posed a number of challenges. The site of the facility is 3.8 acres on the tip of an island with a single bridge for access. The new facility had to stay within the existing WWTF fence line and is located on the same island as the remnants of Fort Washington, a historical site that saw battles in both the Revolutionary War and the War of 1812. 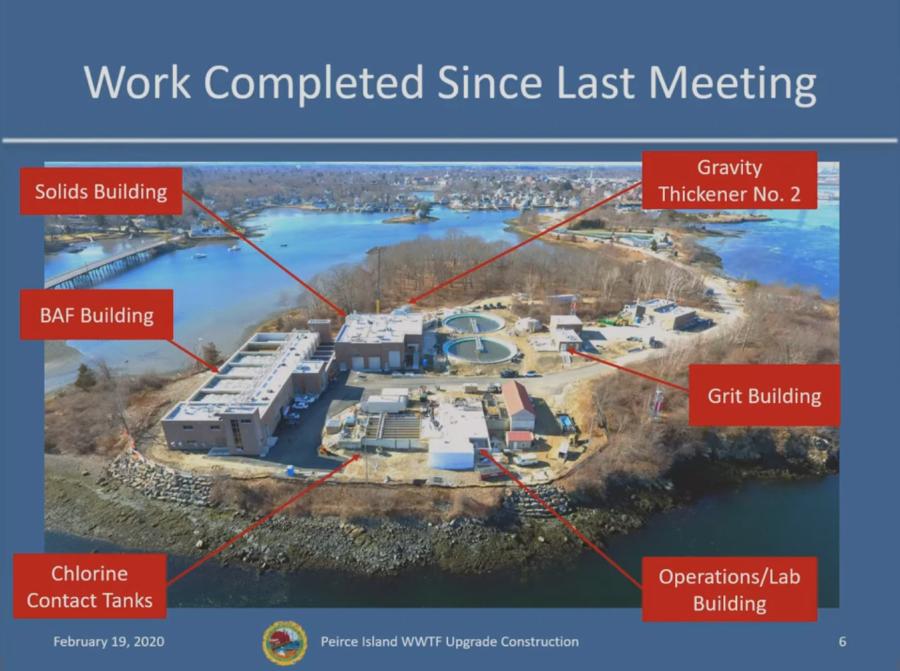 "This is a really neat job, said Terry Desmarais, city engineer of the city of Portsmouth. "We even had to hire a historian."

The project involved the demolition of three buildings, the construction of four new buildings and now, a fifth, the Operations/Lab Building, currently under way.

One of the first issues was traffic and its potential impact on the historic downtown.

"We looked at barging the materials and equipment to the site because we were on a river, but at the end of the day, we elected to do standard delivery with a stipulated haul route," Desmarais said. "We monitored it very closely. The contractor and the city made sure everyone was following directions, safely maneuvering vehicles on site and around downtown. We got a few complaints about people not using the stipulated route. We followed up with a hot line of sorts as well as electronic communications. It turned out to be another contractor most of the time. Over four years, we had a fine program, we had less than half a dozen fines for people going the wrong direction. That was a big deal. Ultimately, traffic impacts were not as great as people were thinking they might be."

The project also required a great deal of attention to the staging area, including a temporary trailer complex, which resulted in the temporary loss of the public pool parking lot, a permitted snow dump area and an off-leash dog walking area, among others.

"We ended up temporarily shutting off public access to one end of the island," Desmarais said. "People temporarily lost access to some walking trails and areas where a number of people sometimes fish and dive." 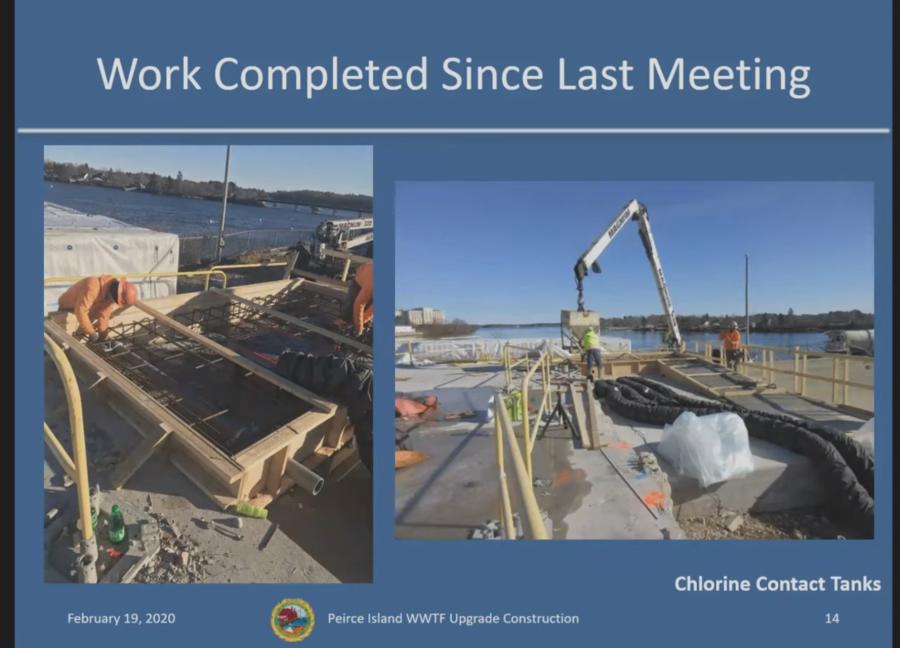 Drone videos shot since the beginning of construction depict numerous cranes on site for nearly a year for construction of the two largest buildings. Equipment on the ground included multiple excavators and hauling equipment, which removed an estimated 10,000 cu. yds. of rock, as well as extended length excavators to allow operators to dig deeper. The project, because of the way the site is laid out, also required significant concrete work.

And then there was the bridge.

"From the standpoint of moving equipment, there is only one bridge to get on and off the island, Desmarais said. "Anytime we had really heavy equipment, we had to analyze the ability of the bridge to hold it. Just before the job started, we replaced the deck on the bridge. We completed structural evaluations of the bridge condition every six to twelve months."

Another consideration was the fatigue factor.

"People just get tired of construction and sometimes each other," Desmarais said. "We spent a lot of time managing protocols for communication. We dedicate a lot of effort to making sure communications go well and when they didn't, we try to get together and work it out. Up on the site, the difficulties have been daily activities and construction activities ongoing at the same time. The existing plant was running during the work so our staff and contractor worked very closely together to make sure all deliveries were coordinated so no one was impacting the other's operations."

The building currently under construction is one story below ground and one at grade and sits on the foundation of the original structure, built in the 1960s. It features a masonry first floor facade with structural steel framing and a number of metal panels at the top, chosen for their light weight.

It is expected to be completed in early 2021. CEG