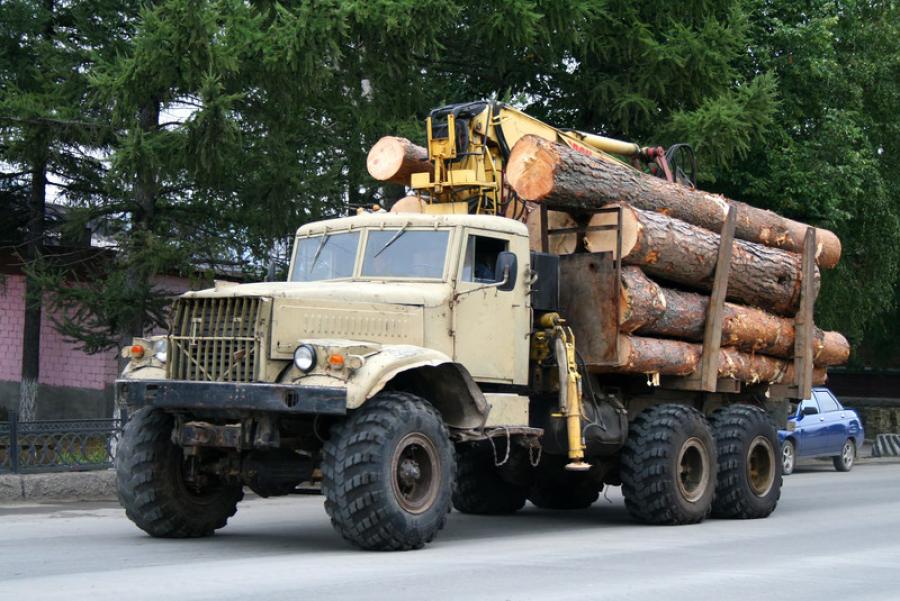 Advocates of the engineered wood say it has the potential to become a major product in commercial construction.

The engineered wood product is made by gluing together layers of boards, such as 2-by-4s, 2-by-6s and 2-by-8s. The resulting panels can be used in place of steel or concrete in the construction of buildings.

Advocates of the engineered wood say it has the potential to become a major product in commercial construction. But advocates acknowledge that a couple of things would have to happen first. Building codes in the United States will have to be revised to allow the use of panels in large buildings, and architects, developers and builders will have to demand the material for their projects.

Cross-laminated timber has been made for years in Europe, and it's catching on in Canada. However, D.R. Johnson lumber company in Riddle, south of Roseburg, is the only Oregon firm making the wood panels. And it's the only company certified in the United States to manufacture the panels for use in building construction.

Valerie Johnson, D.R. Johnson president, said cross-laminated timber could expand the market for wood products in the Northwest. An under construction building for the College of Education at Western Oregon University in Monmouth is the first structure to use the company's panels.

“We have interest coming from virtually every state in the West and Southwest,” Johnson said. “The breakthrough is building larger and taller structures with wood by using very strong, very durable, large mass timber components.”

Most homes in the nation are built out of wood. Lumber and plywood are used for frames, roofs, floors and sidings.

Johnson and others involved in the wood products industry hope the large wooden panels made of cross-laminated timber replace some of the concrete or steel in the construction of commercial buildings.

Wood products-related companies would benefit, they say. And more Oregonians could work in the industry cutting timber, milling lumber and making the panels.

Timm Locke, of the Oregon Forest Resources Institute, called cross-laminated timber a “game changer” when describing what it could do for the wood products industry.

“It could be as big a market as the residential market is right now,” he said.

But for that to happen people who design and construct buildings would have to demand the engineered wood. And state building officials would need to approve codes allowing the construction of large, multi-story wooden buildings.

The state Building Codes Division last year released rules for cross-laminated timber in construction, but final detailed codes may be a couple of years off.

The product is the buzz of the state's wood products industry. It was a hot topic at the Oregon Logging Conference in February in Eugene and the Mass Timber Conference in March in Portland.

Oregon State University researchers and architects at the University of Oregon are calling for the use of wood in commercial building construction.

The panels are made by gluing boards together. The pieces used to make the panels vary in thickness, depending if they are made of three, five or seven boards. The thickest pieces measure about 10 and 1/2 in. (26.67 cm).

“They go in very quickly and quietly,” and result in little waste, said Judith Sheine, a UO architecture professor.

The engineered wood product has Northwest advocates, such as Michael Green, a Vancouver, B.C., architect, whose firm recently opened a Portland office.

Green spoke at the Oregon Logging Conference. He's pushing for skyscrapers made with cross-laminated timber.

“Eventually I see a world built with these beautiful buildings,” Green said.

Cross-laminated timber structures already exist or are going up elsewhere in the state. The Oregon Zoo Elephant Lands visitor center was partly built with the panels. The Albina Yard office building in northeast Portland is being built with the engineered wood. OSU in Corvallis plans to use the wood product in new buildings for the College of Forestry.

More projects will come from architects calling for the material, Sheine said.

The look and versatility of the wood product could draw design interest, she said.

UO building design instructors have joined OSU forest product researchers to test wood products, including cross-laminated timber, to see how they perform in buildings. The panels are tested to see how they hold up in fires and earthquakes, as well as how they absorb sound.

The tests could help the state approve new building codes permitting the use of wood panels in commercial structures.

A cross-laminated timber building could one day be built in Glenwood, the area long identified for redevelopment between Eugene and Springfield.

Springfield Mayor Christine Lundberg has said she wants a Glenwood parking garage to be built with the engineered wood.

“It would be a signature piece,” she said. “It should spark the imagination of what we could potentially do.”

But the area first would have to be redeveloped, perhaps with a hotel or conference center, which would create demand for a parking garage. And money must be found to pay for it.

The cost for a similar garage made from steel and concrete would be in the same range, said Courtney Griesel, a senior management analyst of economic development for Springfield.

Last month, the city of Springfield submitted details for a potential parking garage to a cross-laminated timber contest sponsored by Oregon BEST, a state agency that encourages environmentally friendly innovations.

Each team created their vision for the garage. Springfield planners used elements from the students' designs in the contest submittal to Oregon BEST.

Winning or sharing top contest honors could bring in up to $200,000 for design and testing, according to Oregon BEST.

The two other teams in the contest have designs for an engineered wood products home in Scappoose, and an eight-story, mixed-use building in north Portland. Oregon BEST is expected to announce the winner this month.

Griesel said a parking garage made of wood would show the possibilities of cross-laminated timber, and inspire more building with it.

“Oftentimes with new ideas for product application we are little wary if we haven't seen it in action, or see how it all fits together,” she said.