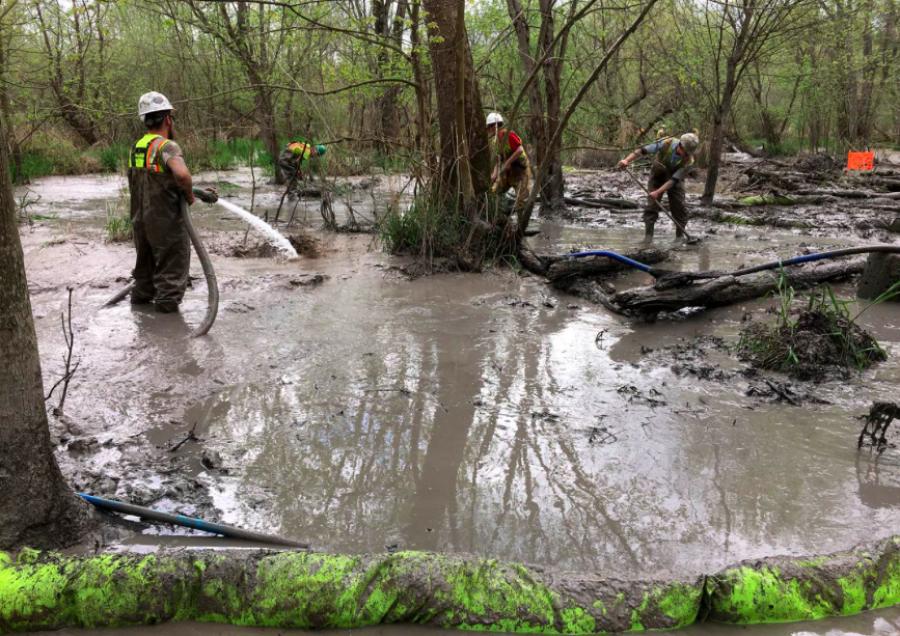 After another controversial leak, the EPA has stepped in and halted drilling on the Rover Pipeline after drilling lubricant spilled into wetlands of Ohio.

From processing plants in W. Virginia, Ohio and Pennsylvania, the Rover pipeline transports the Energy Transfer Partner's midwest hub in Defiance Ohio for delivery to the rest of their markets throughout the U.S.

According to a recent NBC news report, the state agency has recorded 18 pipeline-related incidents that affected 11 counties over the past two months, ranging from open burning violations, bentonite mud spills and water pollution. At least eight broke state laws and more are under review, according to the Ohio EPA.

500,000 square feet of wetlands were affected by the spill that filters the Tuscarawas River. "It could suffocate local fish and other wildlife and plants as well as affect the wetlands' water chemistry", the Ohio EPA said.

The company states that they do not see an environmental issues from the leak because the naturally occurring bentonite mud is a non-toxic product. They also state on their Rover pipeline website that they are working with the Ohio EPA to resolve the issue.

The Federal Energy Regulatory Commission (FERC) ordered that Rover not start new drilling until independent third party expert investigates the company's drilling plans and practices and makes some recommendations, and until it is satisfied the company has addressed environmental problems and taken appropriate precautions.