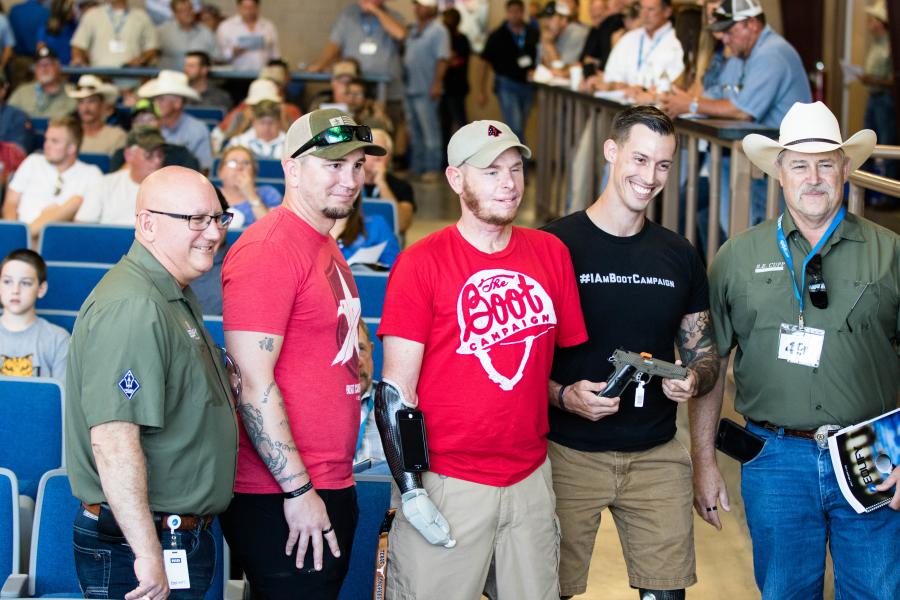 It's likely you, or someone close to you, has a direct connection with someone in the armed forces. What you may never know is their whole story.

Equify, a Fort Worth, Texas, based equipment finance company, has several ties with the armed forces. As a company, it continuously dedicates time and effort to supporting the military. However, 2016 showed the heart of the company and its customers in a profound way.

Equify had hopes of raising money, but managed to surpass all expectations, ultimately raising more than $18,000 through the generous support and donations of its auction customers.

The Boot Campaign has assembled a dedicated team of experts, focused on the science of the brain of veterans. The difference with this approach is, they want to get to the root cause of what these veterans are experiencing in order to treat them, not just cover them up. The ability to treat each veteran as an individual gives them a better chance at surviving. Through the combined efforts of The Boot Campaign, Equify and its customer base, a veteran has now been sponsored and will soon receive diagnostics and brain treatment to combat TBI, PTSD, insomnia, pain and addiction. No story of a veteran is the same, therefore no treatment plan is the same.

Equify continues to raise money and awareness through involvement in programs like ReBoot and the Boot Campaign. The goal for 2017 is to sponsor a second veteran. If you have items you wish to donate to have them auctioned off through Equify, contact katydabbert@equifyllc.com.