More than 900 equipment items and trucks were sold in the auction, including excavators, dozers, compactors, skid steers, loaders and more. 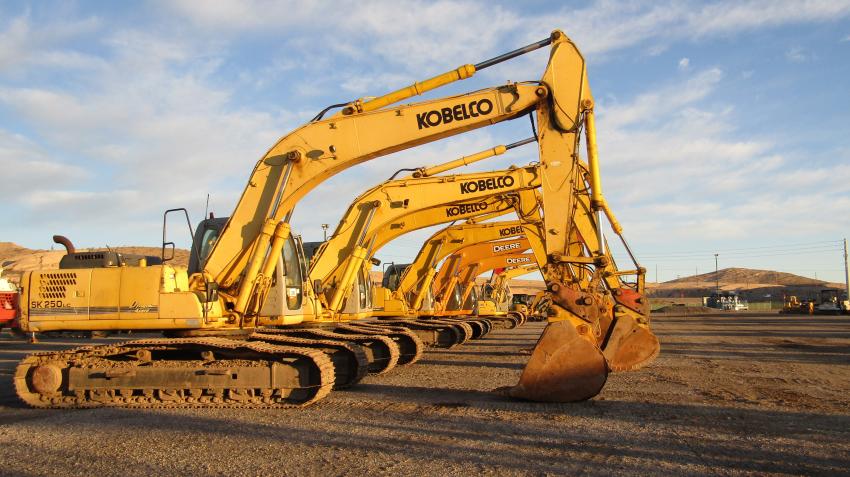 A variety of excavators are lined up ready to go to block. 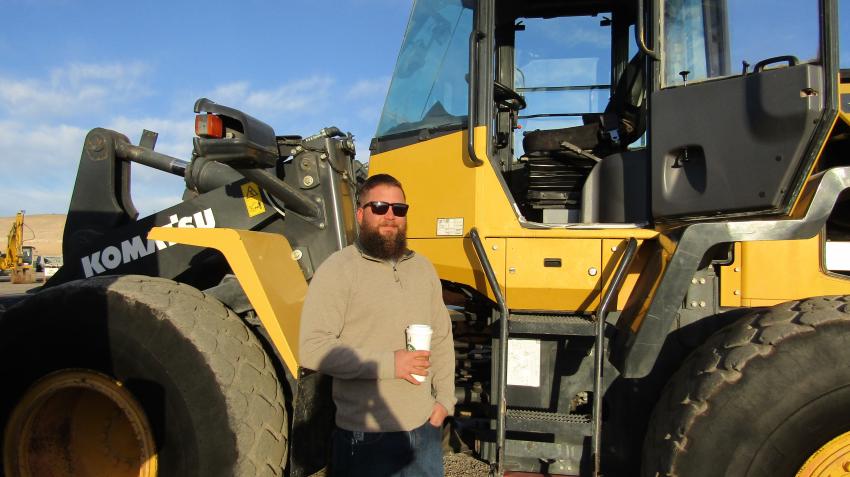 Chad Hardy, co-owner of Williamson Development in Phoenix, came to the auction to add some more pieces to his equipment fleet. This 2012 Komatsu wheel loader is one of several he is considering. 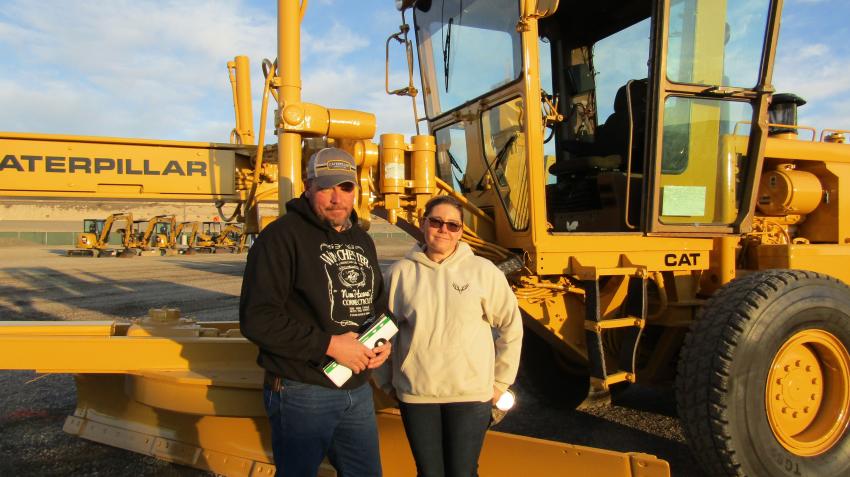 Brandon (L) and Darcy Winget drove all the way from Fillmore, Utah, in hopes of finding some bargains for Brandon’s employer, Millard County Road Dept. This 1985 Cat 140G motorgrader is one of several he plans to bid on. 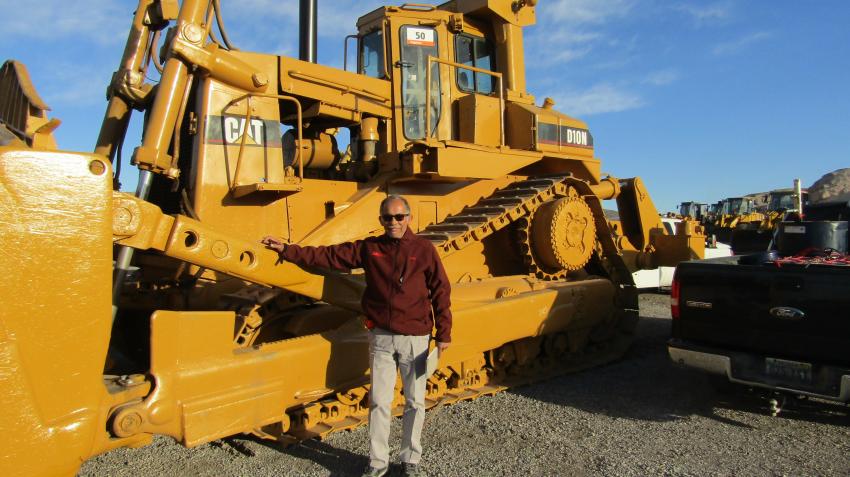 With a clipboard in hand, Eddie Morales of Heavy Equipment Transportation in Tolleson, Ariz., measures dimensions of this 1988 Cat D10N for transport. 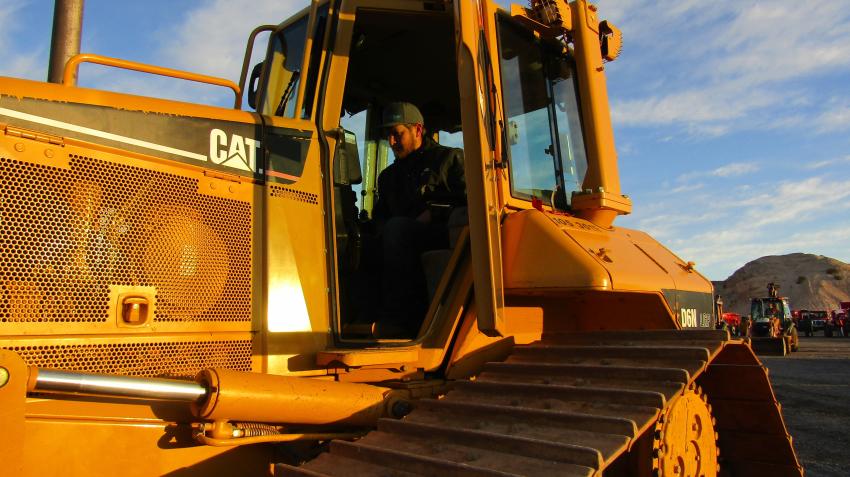 Prime Excavating’s Reed Dodenber of Mesquite, Nev., came specifically to purchase a couple of dump trucks and rollers, but this 2005 Cat D6N caught his eye and warranted a test drive. 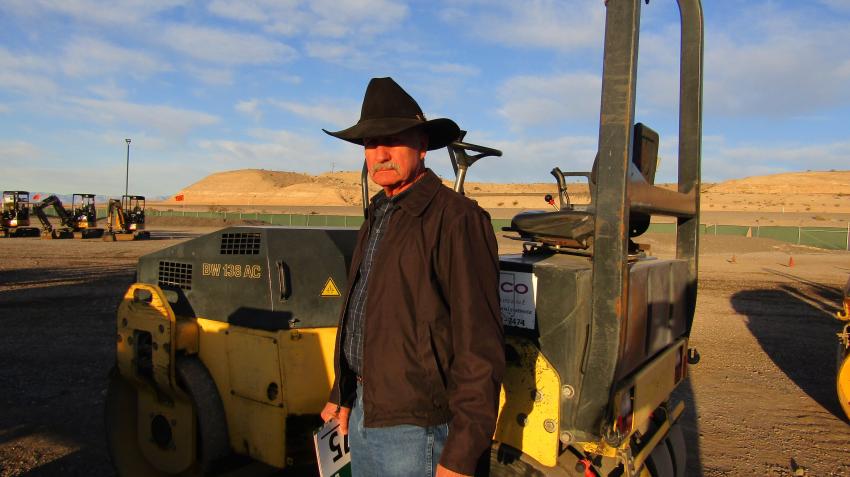 Jeb Fowler drove overnight from Silver City, Mexico, with one thing on his mind: rollers. He found exactly what he was looking for with this 2007 Bomag combination roller. 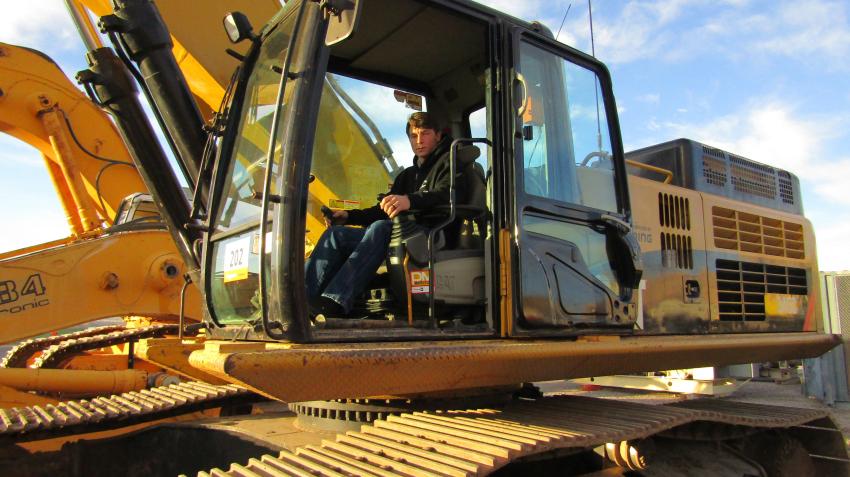 Nikolas Azmora arrived early to test some equipment out for KMI Zeolite Mining, based in Amargosa Valley, Nev. Looking to replace some old equipment, Azmora evaluates this 2008 Cat 345CL hydraulic excavator for the company’s fleet. 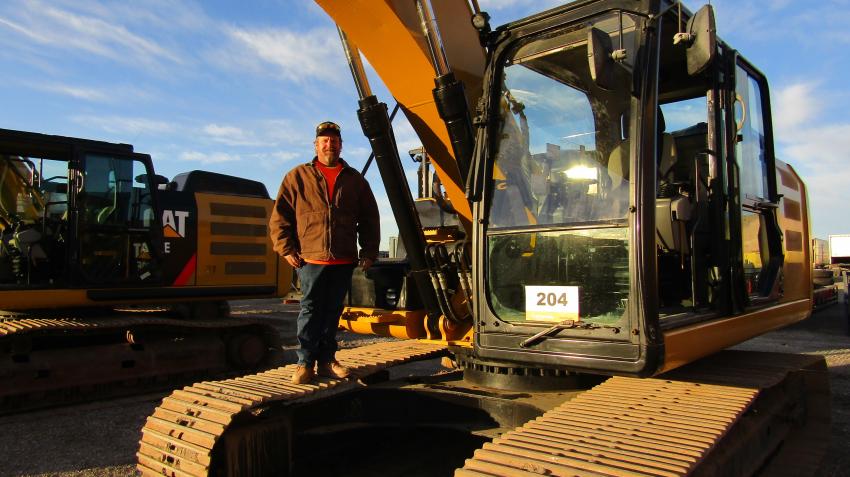