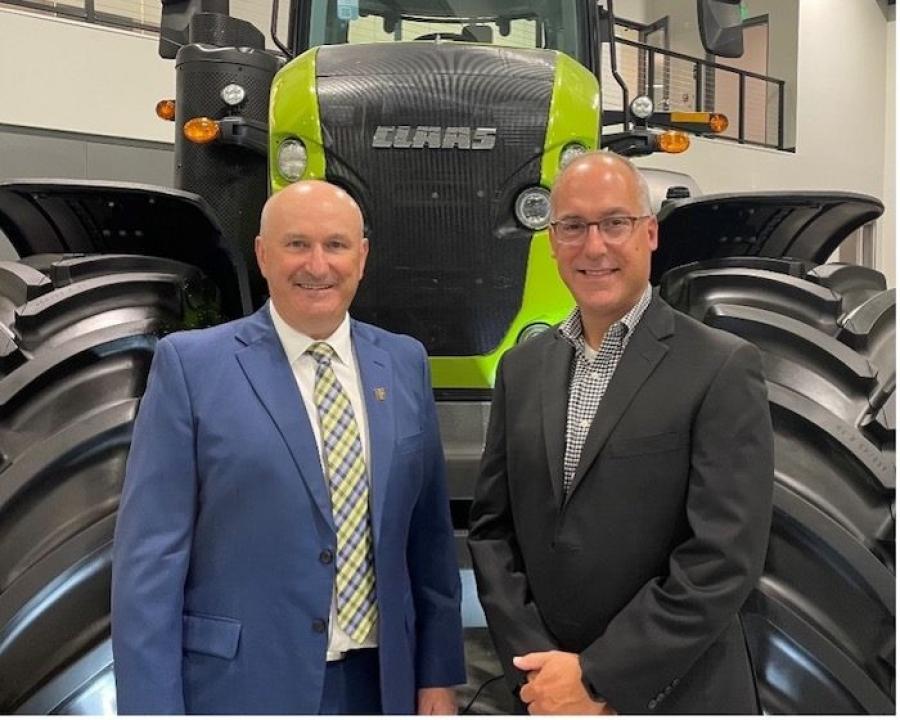 Magnusson joined CLAAS in 2008 and has led the Americas Region during a time of significant growth and development. He will continue with the CLAAS Group in an advisory capacity.

"We would like to thank Leif for his many years of dedication, positive business results and personal commitment. The Americas Region has definitely contributed to the growth of CLAAS," said Christian Radons, member of the group executive board of CLAAS KgaA.

"Succession planning has been a priority of mine for quite some time. We have made significant progress in people and structure at our operations in the Americas. I think we have come up with a winning combination of talent to continue the growth for CLAAS in the region. This is the right time to pass on the leadership to Eric Raby," explained Magnusson.

Raby joined CLAAS of America in 2015 and has been the president and GM — sales for CLAAS of America during that time. In addition to his responsibilities at CLAAS of America, Eric will assume leadership of CLAAS sales companies in Brazil and Argentina as well as importer markets throughout Latin America.

"There are certainly big shoes to fill in this new role, but Leif has equipped me and the entire team with the confidence and drive to continue the positive trajectory that has been established for CLAAS in North and South America under his watch," said Eric Raby.