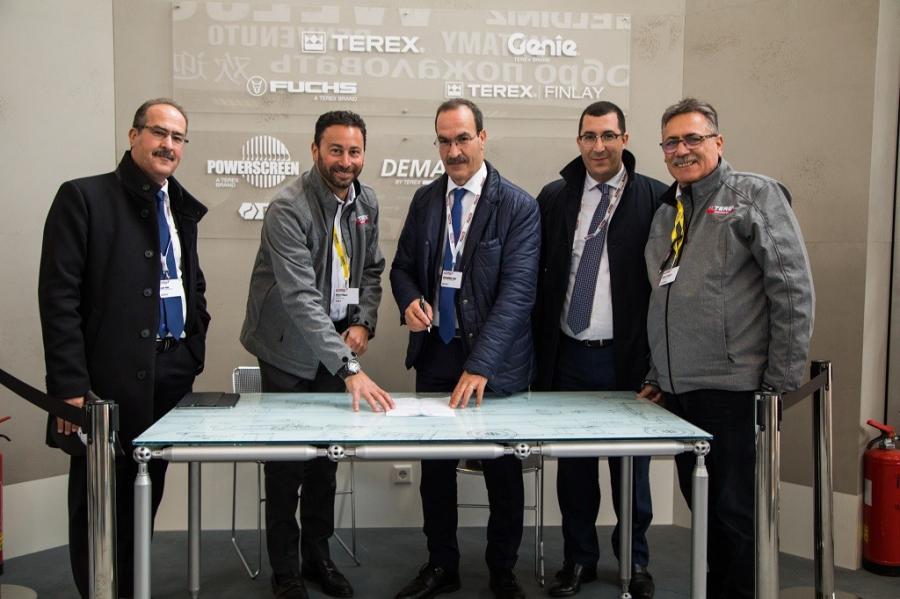 On the same day, Mobile Cranes Asia, Terex Cranes distributor in Singapore, combined its visit to the Terex stand in Munich with an order for a new Demag AC 350-6 all terrain crane.

The contract was signed by Managing Director Rodney Chang, who cited the strong performance of Demag cranes in general, and the long main boom of the Demag AC 350-6, 210 ft. (64 m) in length, in particular, as decisive reasons for purchasing the crane. Together with its rated lifting capacity of up to 385.8 ton (350 t), this makes the Demag AC 350-6 one of the most versatile cranes on the market, according to the manufacturer. 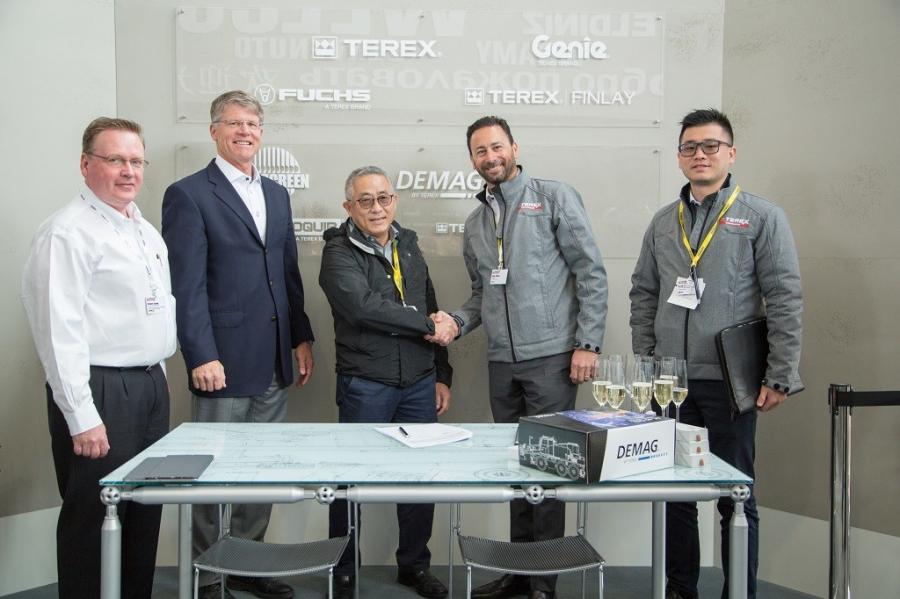