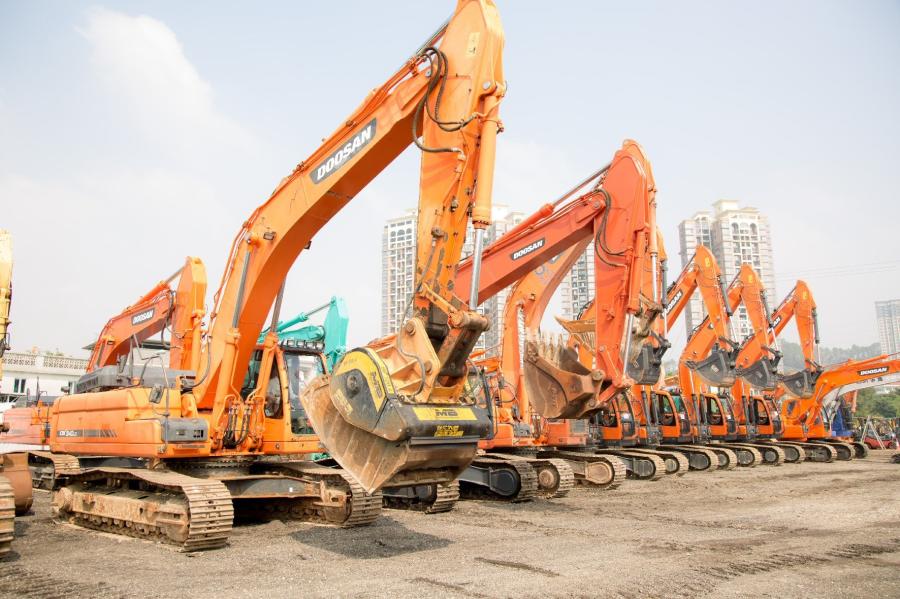 Euro Auctions, worldwide auctioneers of industrial plant, construction equipment and agricultural machinery, has just announced its first ever 'Timed Auction' to be coordinated via its new Hong Kong operation, with the hammer day, to conclude all transactions, set for Thursday, Dec. 7.

By early November over 200 consignments had already been assigned to this auction by construction, rental and financial institutions in the region, including consignments from Mitsubishi Bank and Wealth Mind, plus a number of smaller consignors. Significant early interest in this first Euro Auctions milestone timed auction has also been shown by bidders, not just in Asia, the Far East and Australasia, but from as far away as Central Europe, Russia, Scandinavia and North & South America.

“Our first physical Hong Kong sale in September was a resounding success, with approaching 500 bidders from over 40 countries registering for the event and over 70 percent of all winning bids placed via the internet,” said Jonnie Keys, Euro Auctions' commercial manager. “Organizing our first-ever timed auction in the Asia and Pacific Rim region was therefore the logical next step in our development as it means equipment doesn't have to be transported to a central location and busy buyers also have more flexibility in pre‑placing bids, plus they don't have to attend on the day.”

Timed auctions differ from the established Euro Auctions sales concept as there is no live, physical auction to attend; instead bidders submit their maximum bid, invisible to all other bidders, in advance. Bidding then starts at a reserve price at an allotted time with the automated auction system increasing bids in pre-agreed increments on behalf of all registered interested bidders, up to their set maximum per lot. If someone's maximum bid is outbid, the under-bidder is automatically sent an email inviting them to increase their maximum offer should they wish. Then when the 'end time' is reached, each lot goes to the highest bidder at the time, for their current bid, which may still be below the maximum they set.

This next step for Euro Auctions was driven by client feedback along with the general forecast for massive growth in the used construction equipment sector over the next few years in the Asia Pacific Rim. Establishing new auction facilities in Hong Kong and Dubai earlier this year were a key part of Euro Auctions' global expansion plans and its robust, flexible and secure online sales platform, along with its ongoing global marketing campaign, means it both reaches prospective equipment buyers around the world and enables consignors to provide detailed specifications for each individual lot in this sale.

Used construction equipment and machinery from major brands including Liebherr, Kato, Komatsu, CAT, Doosan, Hitachi and Volvo have already been consigned to this first Hong Kong Timed Auction. The inventory grows by the day and includes quality used and almost new pieces of equipment. Key lots consist of: a growing selection of excavators ranging from 45 tonnes down to 10 tonnes; articulated dump trucks; 30 mobile cranes ranging from 220‑25 tonnes; plus, other associated equipment and smaller items such as generators and compressors.

“Traditional live auctions are still hugely popular with our loyal customers around the globe and will remain a key part of the Euro Auctions schedule; but we continually communicate with our customers and listen to their views and our first Hong Kong Timed

Auction will further extend both our reach and appeal," said Keys.

Euro Auctions is providing full logistical support for this sale, including detailed machine specifications and making available upon request independent equipment reports.  Advice on transportation and shipping costs for each piece of equipment to all the major shipping destinations around the World can also be provided.

Euro Auctions now hosts over 60 auctions a year including off-site sales providing access to used equipment around the globe each week so buyers and sellers can sell or acquire what they need with relative ease. In addition to the Hong Kong timed auction on Dec. 7, other upcoming Euro Auctions sales include: Brisbane, Australia on Nov. 16; Leeds, U.K. on Nov. 22-24; in Zaragoza, Spain on Nov. 28; and in Dubai, UAE on Dec. 11.

Further details and catalogues for all future auctions are available on the Euro Auctions website at www.euroauctions.com and separate Bidder Numbers are required to bid on any Lot at each event. In order to obtain a Bidder Number you must first register for whichever auction and bidders can then take part in one of three ways: