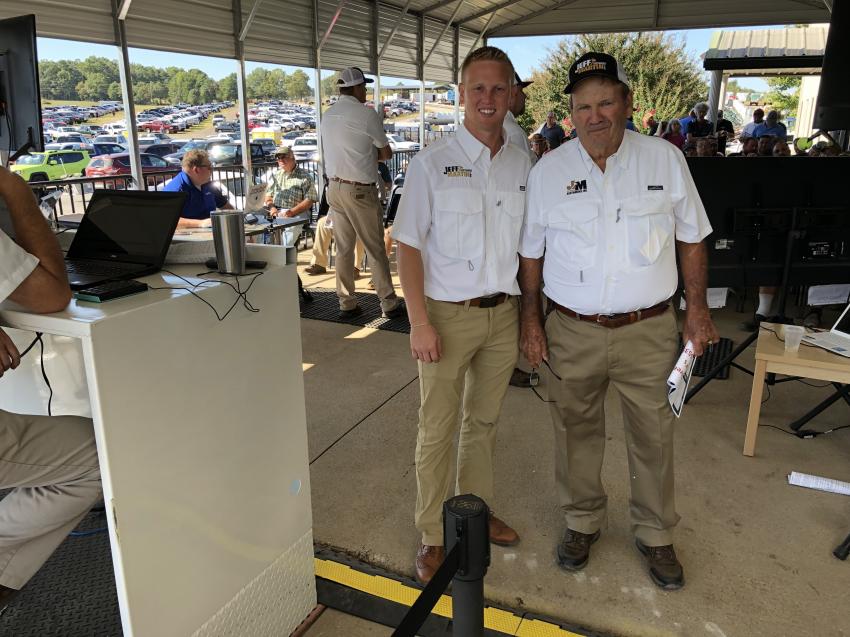 Jeff Garber and Paul Martin, both of Jeff Martin Auctioneers. 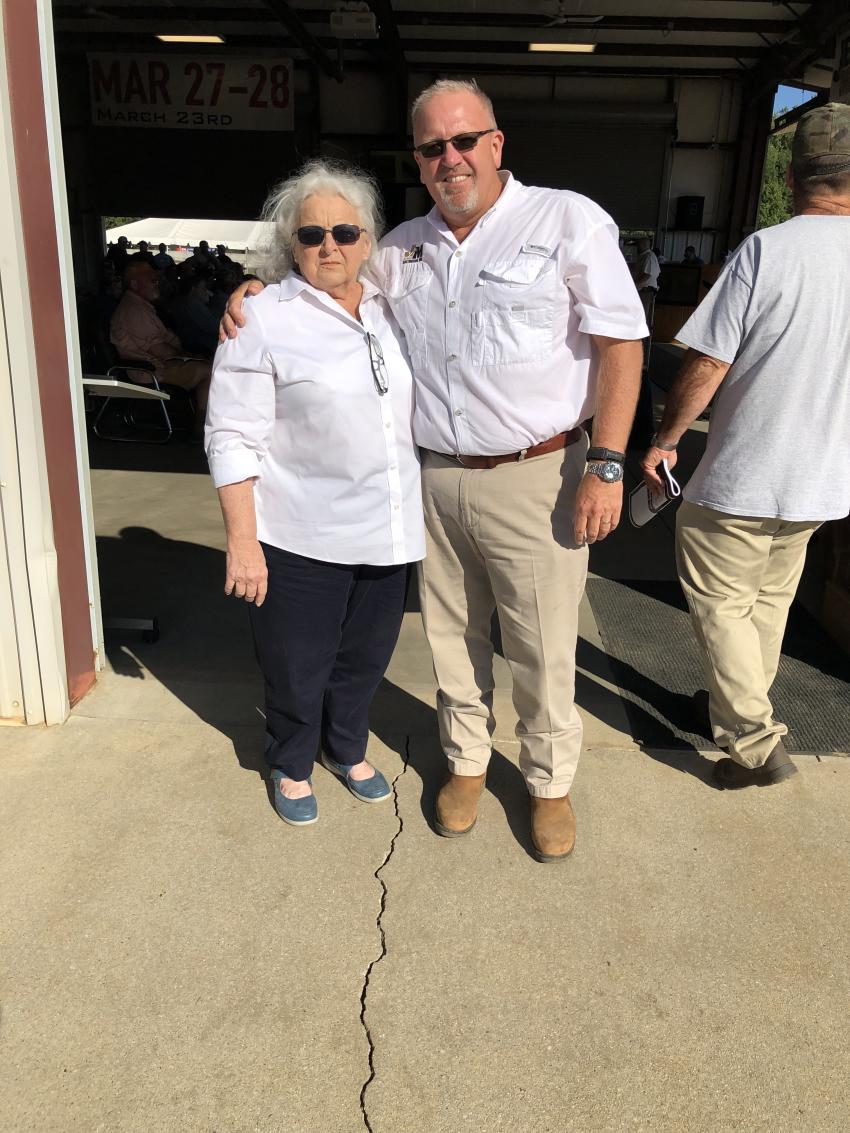 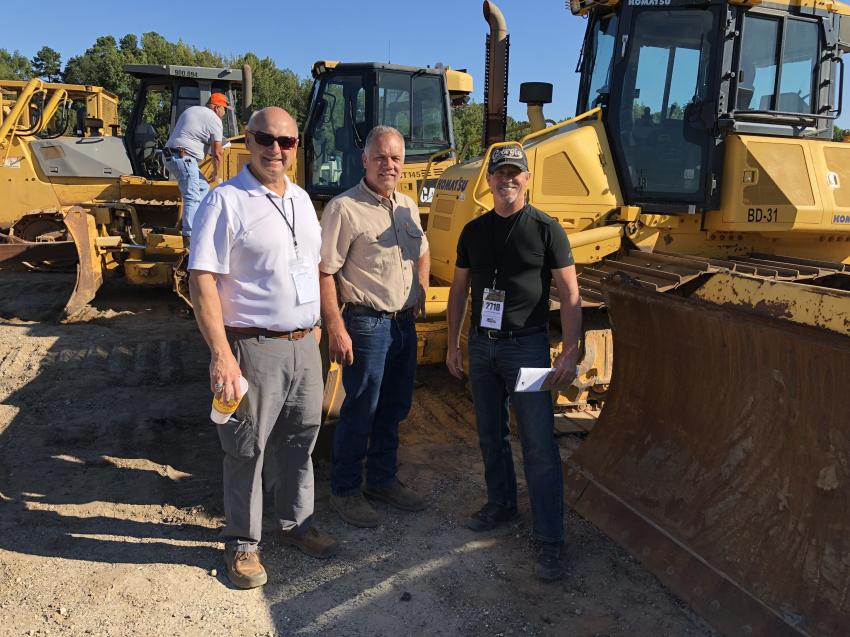 (L-R): Andy Chapman of Linder Industrial Machinery; Barry Reece of Reece Construction in Royston, Ga.; and Gary Fortner of Fortner Grading in Logansville, Ga., were all talking about the Komatsu dozer. 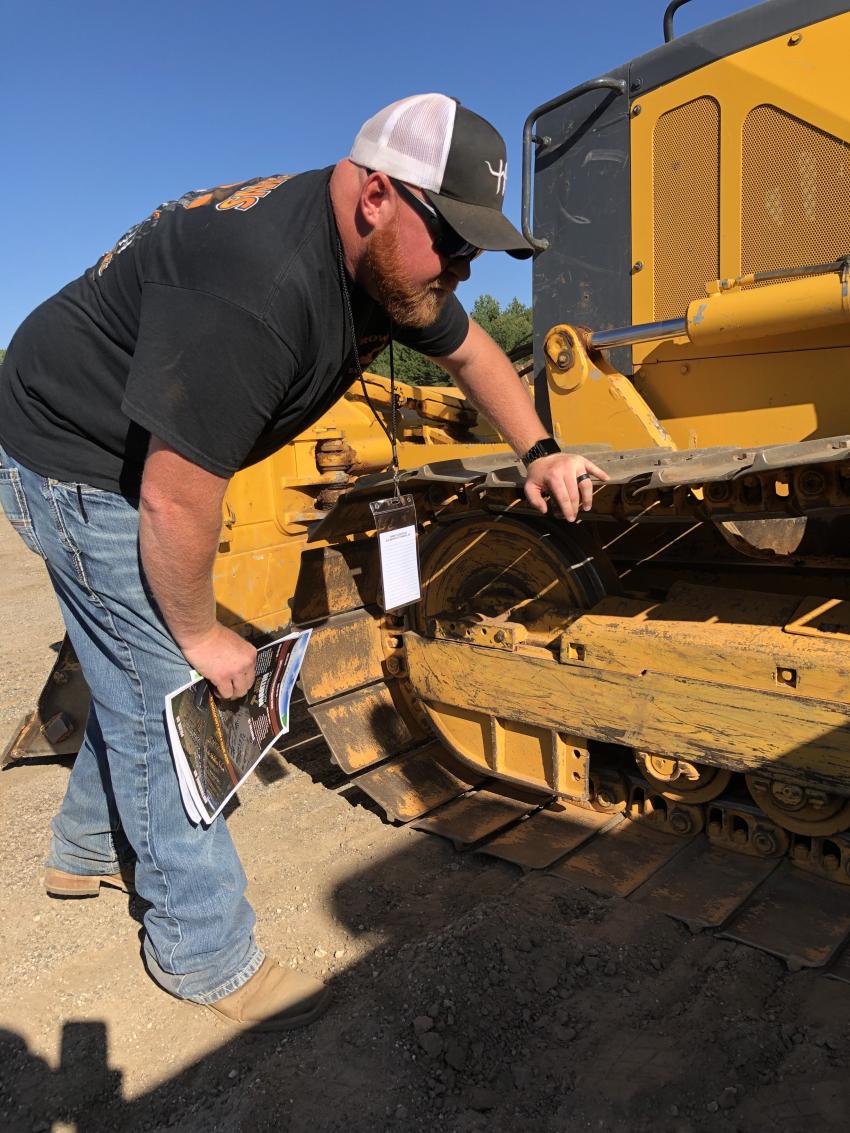 Dustin Brown of Brown’s Excavating in Asheville, N.C., looks over the undercarriage on this John Deere 700J dozer. 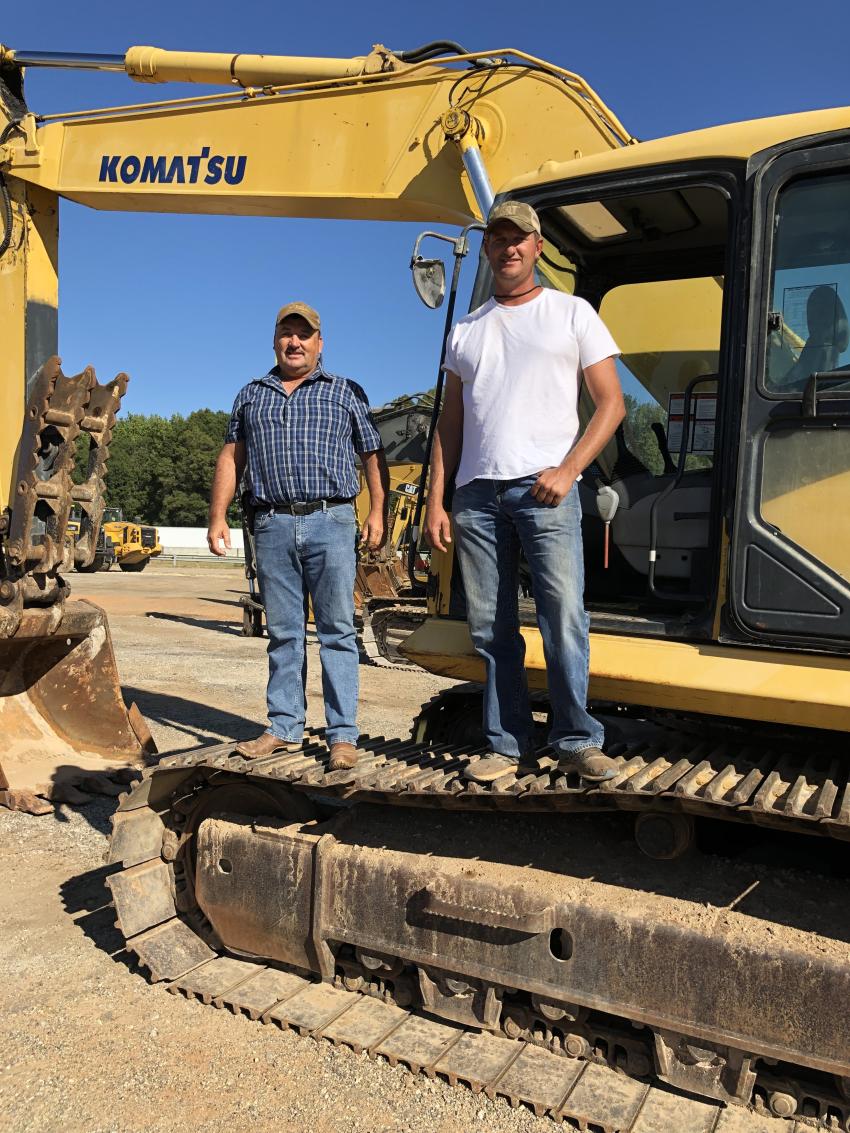 Miguel Espinoza (L) and Quentin Deal, both of Deal Company in Lake Wylie, S.C., came to the auction to buy an excavator and maybe a dozer. 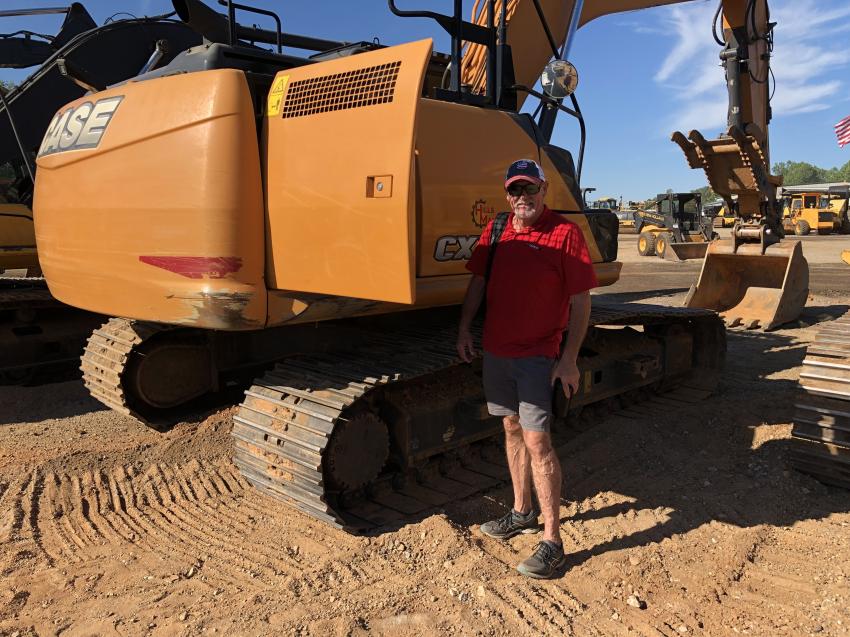 Chris Hawkins of Carbon Tek USA in Greer, S.C., checks out the engine on this Case excavator. He liked what he saw and planned to bid on it. 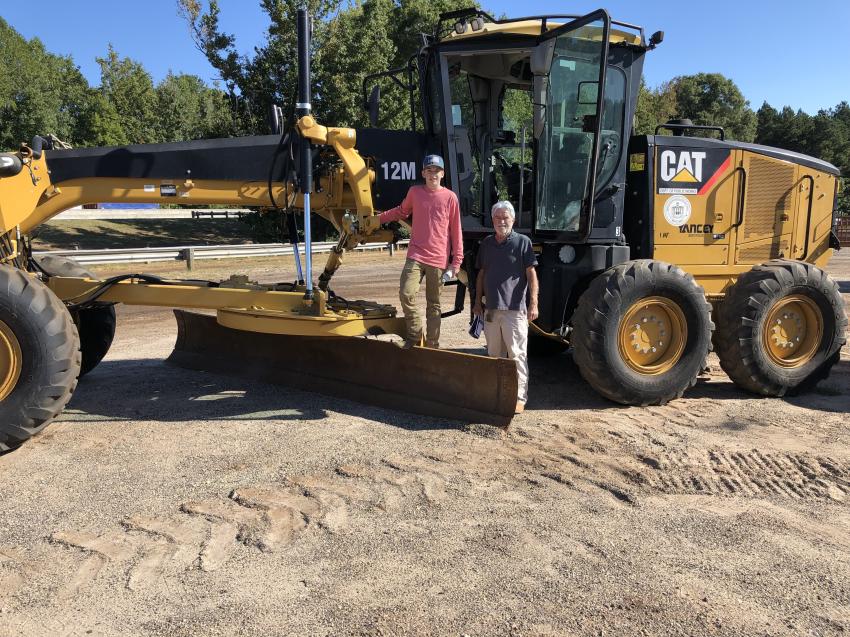 Lex Pryer (L) and Roy Raines, both of R&R Equipment in Belton, S.C., came to the auction to bid on and hopefully buy this Cat 12M motorgrader. 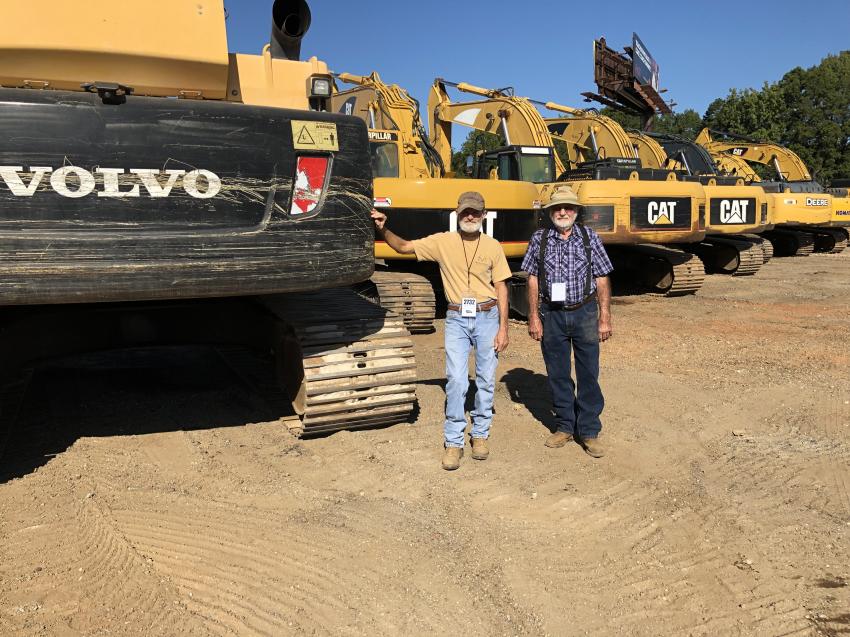 Mike Longshore (L) and Joe Golden, both of Longshore Land Clearing in Kinards, S.C., looked over the wide selection of excavators and planned to bid on this Volvo machine. 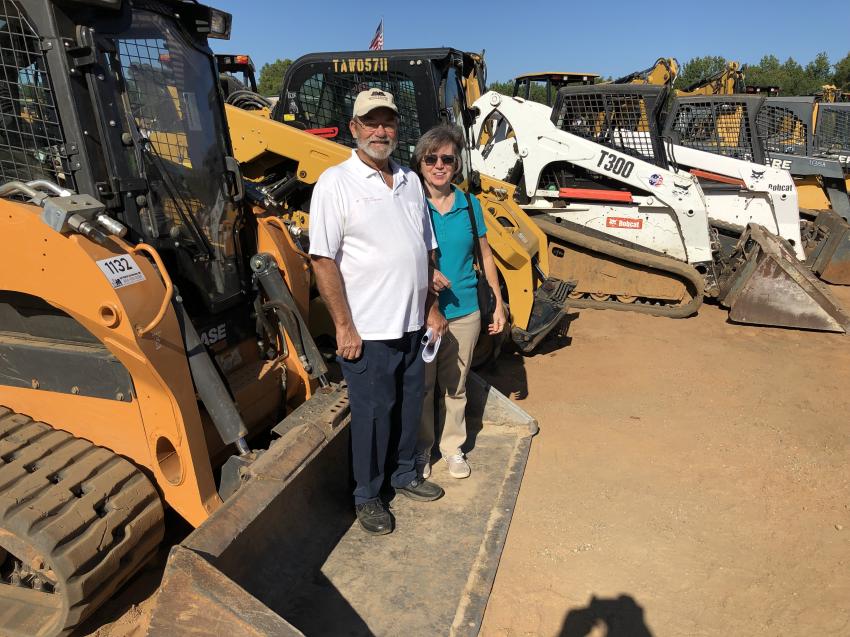 Frank and Mary Macialek of Macialek’s Construction in Greenville, S.C., needed a few compact track loaders for an upcoming project and planned to bid. 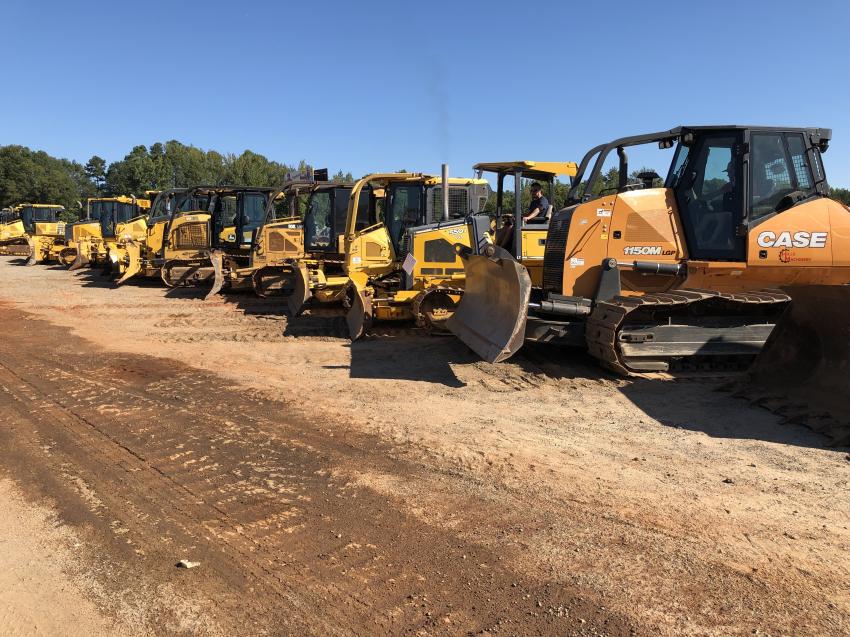 The auction included a wide selection of Case, Cat, Deere and Komatsu dozers.