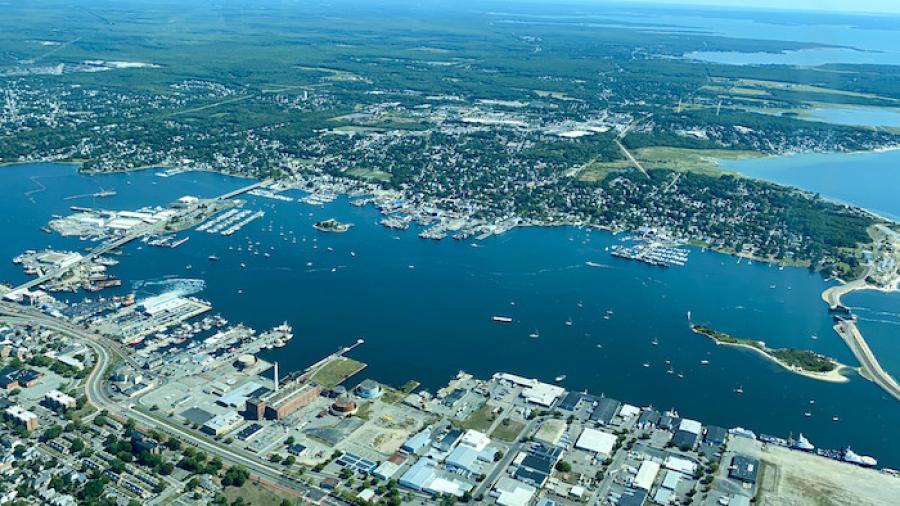 On March 22, the New Bedford Port Authority (NBPA) awarded a $27.9 million contract to D.W. White Construction of Acushnet, Mass., for the North Terminal Expansion building project in the port located along the south coast of Massachusetts.

In a news release from the city, New Bedford officials view the expansion as "a transformative port infrastructure project" that will spur long-term economic development by meeting the infrastructure needs of commercial fishermen, the offshore wind industry, and other port users, to ensure economic growth and increased efficiency.

New Bedford's efforts are a culmination of federal, state and private investment that will build a north/south bulkhead at the North Terminal in the city's upper harbor. The project also should spur significant investment in the Port of New Bedford in the years to come.

Led by the NBPA, the expansion is designed to create a safer and more efficient connection between the New Bedford Harbor and ground transportation systems in town.

More specifically, the building project will:

The North Terminal Expansion project also will result in significant long-term economic development, including the creation of 898 new and permanent jobs, an added $65.1 million in wages, and increased state and local tax revenue totaling $11.5 million.

"This project represents a major step in our effort to modernize the Port of New Bedford," said New Bedford Mayor Jon Mitchell in the city's news release. "It will enhance the long-term competitiveness of our maritime industries and help create quality jobs for our residents."

Mitchell acknowledged his gratitude to the NBPA for its "skill and determination … in overcoming legal, financial and engineering obstacles" in moving the expansion project forward.

In addition, he thanked Massachusetts Sen. Ed Markey, and the administration of Gov. Charlie Baker for their support.

"We look forward to working with D.W. White, a leading contractor in Greater New Bedford with a long history of responsible corporate citizenship," Mitchell noted.

According to the press release on the city's official website, the New Bedford expansion project is one of the most significant harbor development projects in the history of the facility.

"The Port of New Bedford is poised to address, on an on-going basis, the issue of modernizing the port's docking facilities, as well as updating its infrastructure ensuring that New Bedford remains the number one commercial fishing port in the country," read the online statement.

Located southwest of Cape Cod, New Bedford's port is just north of Buzzard's Bay, through which fishing boats and cargo ships can reach either Rhode Island Sound, Nantucket Sound or the Atlantic Ocean.