A team of investigators combed through the debris of the Sigiri Bridge, searching for clues on what could have led to its mysterious collapse. 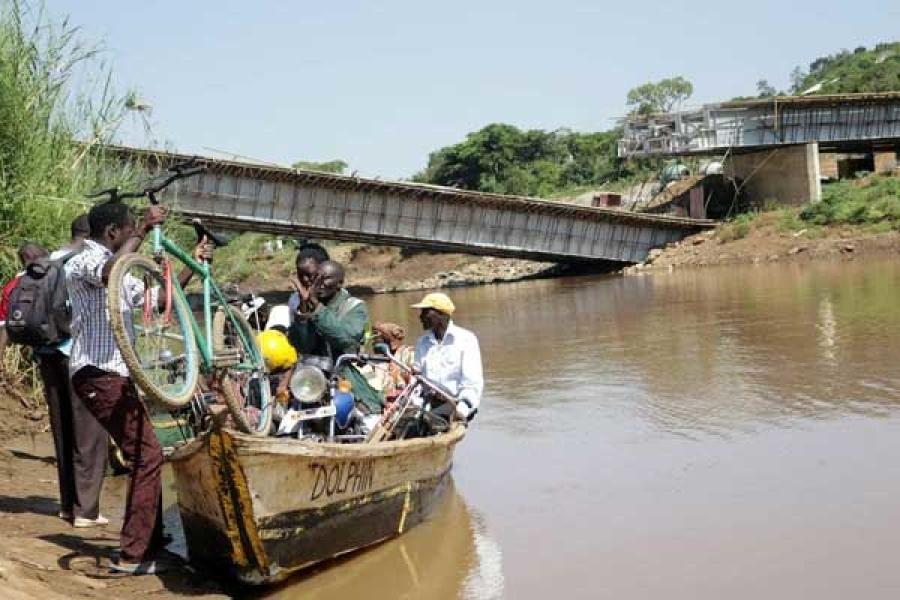 A team of investigators combed through the debris of the Sigiri Bridge in Busia County, searching for clues on what could have led to its mysterious collapse barely two weeks after it was inspected by President Uhuru Kenyatta.

The engineers from the Kenya Rural Roads Authority and the National Construction Authority, however, remained tight-lipped on the nature of their investigations, referring journalists to Infrastructure Principal Secretary John Mosonik.

The PS, on Monday, ordered thorough geotechnical and structural investigations to establish why the bridge easily came tumbling down, injuring at least 27 people.

The bridge, which, was still under construction, comprises three spans — 25 metres at both ends and 50 metres in the middle.

According to Mr Mosonik, construction of the end spans was complete. The casting of the deck slab for the 50-metre middle span had just been completed at the weekend.

“It is the inequitable distribution of the load across the bridge that caused the collapse. That is why it disembarked at the point where it should be joining one of the 25-metre spans which appeared lighter to hold the weight,” said a source.

The contractors, the source said, were yet to apply concrete on that particular slab.

On Tuesday, Chinese Overseas Construction and Engineering Company project manager Jerome Xhu He said the 25-metre slab will be redone.

“As we wait for a complete report on investigations, going forward, we will have to work on the slab again, even as we try to link the middle one with it,” he said.

Some residents raised concern over the few pillars holding the bridge.

The manager, however, said: “The design of the pillars was to allow passage of boats crossing the river.”

He dismissed reports that the number of people injured stands at 27. He put the figure at 20.

The official also defended the company against claims that it did not meet standards when constructing the bridge.

“We adhered to all the set standards before and during the construction of the bridge. We have experienced engineers and we are equally baffled by what happened.

We hope to find the root cause of the problem and rectify the matter,” said Mr Jerome.

At the same time, survivors, most whom were casual labourers on the bridge, yesterday narrated what happened.

Mr Stephen Samo, a 29-year-old from the nearby Rukula village, said he and his colleagues were going about their work and “out of the blue, we felt some vigorous shaking”.

“We did not at the time understand what was happening,” he added.

He said the bridge, which is being constructed in the flood-prone Budalang'i region, began shaking before the middle segment collapsed.

Another survivor, Mr Happy Onyango, said: “I went down the bridge to look for drinking water, when suddenly the bridge started tumbling down. I escaped with minor injuries.”

Twenty-eight-year-old Duncan Mbula, who was later referred to Nangina Mission Hospital in Funyula Constituency, about 30 kilometres away, said he could not remember much about what happened.

“The only thing I remember was being on top of the bridge. I was hurt on the head, chest and right leg.”

“I want to express my sympathy to all those who were injured and wish them a quick recovery.

We cannot rule out sabotage, especially after the standard gauge railway was once targeted,” he added.