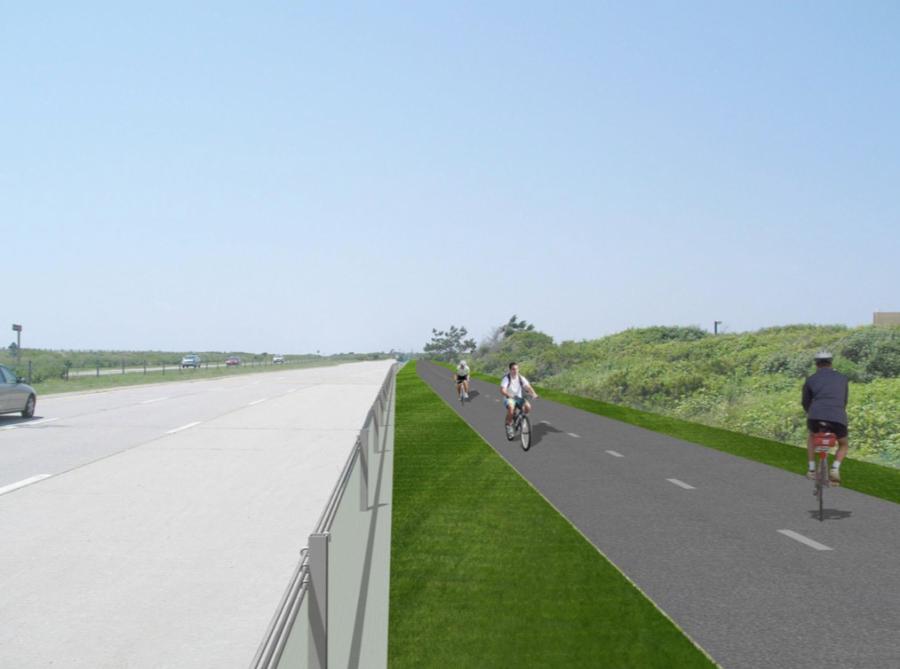 Gov. Andrew M. Cuomo announced the start of construction on a $16.2 million project to build the last section of the Ocean Parkway Coastal Greenway Shared Use Path in the town of Oyster Bay, Nassau County, and the towns of Babylon and Islip in Suffolk County.

The new path will enhance safety for cyclists, walkers, runners and skaters; promote green transportation; and attract people to the natural beauty of beaches and State parks on Long Island.

"The Ocean Parkway Coastal Greenway will provide cyclists, runners and walkers new opportunities to get outside while at the same time providing a new route for people to get to the many outdoor recreational activities the area has to offer," Cuomo said. "This extension will give more residents and visitors a safe, healthy and environmentally sound way to get around Long Island."

"This project will extend the popular shared use path along Long Island's coastal route to increase access and boost tourism," said Lt. Gov. Kathy Hochul. "The 10-mile extension will complete the last section of the path in Nassau and Suffolk counties, which will enhance public safety and further promote biking, running, walking, and other recreational activities in the area. This effort builds on our commitment to promote active, green transportation, attract more visitors, and strengthen the economy."

This final leg of the Ocean Parkway Coastal Greenway will lengthen the existing path on the northern side of the parkway from its current end at Tobay Beach an additional 10 mi. to Captree State Park.

Hundreds of new plantings natural to Long Island's shoreline — such as beach grass, evergreen trees, bayberry plants, and beach plums — will be planted as part of the project. Shaded rest stops will be placed approximately every 3 mi. along the path. Informational panels will be installed detailing the history of Long Island's beachfront and highlighting the new vegetation and local wildlife. Signs will direct users and show distances to nearby public facilities.

The path, compliant with the Americans with Disabilities Act, will extend the smooth asphalt riding surface used on previous sections, and will feature standard lane markings and signs. Bridges over existing pedestrian walkways will be pre-fabricated off site, allowing for faster, more efficient construction at a lower cost than building on site. Cable guiderail will separate the Ocean Parkway from the Greenway, providing a safe barrier between motorists and path users.

Traffic calming measures, such as curves in the path, will slow bicyclists at driveways, and signs will alert motorists and path users of crossing traffic. New bicycle parking areas will be installed at Gilgo Beach, Cedar Beach Marina, and Captree State Park.

The path will be built entirely within the existing parkway right-of-way and will be buffered from the residential communities, with no direct access.

During design, care was taken to protect the habitat of the endangered piping plover, minimize impacts to existing vegetation and guard against erosion from rising water levels. Nesting boxes will be installed off the path as a safe space for growing wildlife.

To accommodate summer beach visitors, major construction began after Labor Day weekend. Project completion is scheduled for the summer of 2021.

Extending the Ocean Parkway Coastal Greenway will add to the growing network of more than 20 mi. of shared use paths built over the past decade on Long Island.

In the spring, Hochul cut the ribbon on another shared use path in Jones Beach, a 4.5-mi. extension on the barrier island's West End connecting to the existing Greenway via the iconic Jones Beach Boardwalk. By the end of 2019, a new path will be completed along the Nassau Expressway (State Route 878) in the town of Hempstead, Nassau County as part of a $130 million resiliency and safety enhancement project.

Department of Transportation Commissioner Marie Therese Dominguez said, "The Ocean Parkway Coastal Greenway extension will encourage more cyclists, walkers and runners to get outdoors, and enjoy Long Island's beaches and parks. It will provide an important link, connecting two of the state's largest State Parks, in the growing network of shared use paths that offer a green alternative to driving."