Fading 85-Year-Old Bridge Near Pruitt to Be Replaced

Rust is slowly replacing the faded green paint on an 85-year-old bridge over the Buffalo National River. 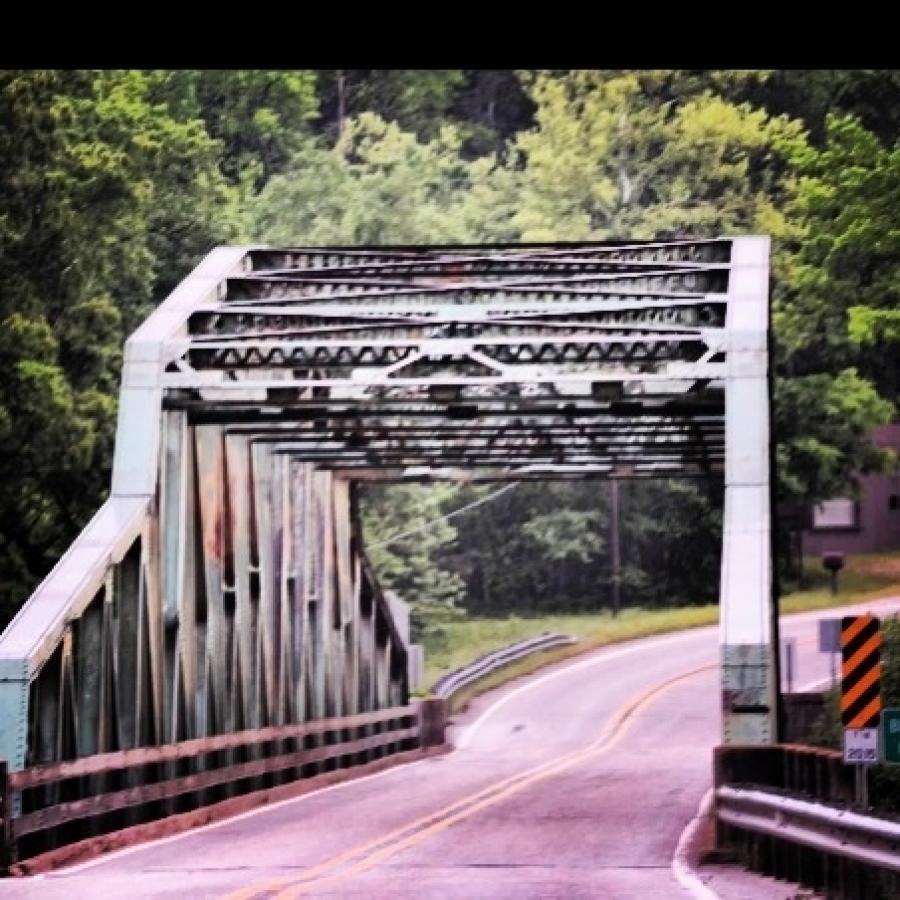 Rust is slowly replacing the faded green paint on an 85-year-old bridge over the Buffalo National River. (Pinterest)

PRUITT, Ark. (AP) Rust is slowly replacing the faded green paint on an 85-year-old bridge over the Buffalo National River.

Motorists still pull off of Scenic Arkansas 7 to take pictures of the bridge near Pruitt in Newton County, but they'll only be able to do that for another three years or so, the Arkansas Democrat-Gazette reported.

The two-lane bridge is to be torn down.

The bridge is only 20 ft. (6 m) wide, leaving little room for error when two large trucks meet on it, said Steve Lawrence, district engineer for the Arkansas Highway and Transportation Department's office near Harrison.

The Highway Department plans to build a new bridge that will be 45 ft. (13.7 m) wide and include a 5-ft. (1.5 m) wide sidewalk on one side, protected from the traffic lane by a barrier wall.

“The old bridge is deteriorating, but it's safe,' Lawrence said. “But not nearly as safe as the new bridge will be when it comes to 18-wheelers.'

The new bridge will be either 240 ft. (73 m) west of the existing one or 200 ft. (61 m) east of it, said Lawrence. The work is expected to cost between $7.9 million and $9.8 million, depending on the route and the number of existing buildings that will be removed. That work could affect a small, day-use park that the National Park Service has on the south side of the bridge.

The Pruitt bridge is 72 mi. north of Russellville on Scenic Arkansas 7.

The bridge is a steel-truss design built in 1931 by Fred Luttjohann of Topeka, Kan., who constructed several bridges in Arkansas. Construction of the Pruitt bridge cost $55,226, which translates to $861,492 today, based on inflation.

The metal for the bridge was made by the Virginia Bridge and Iron Co. of Roanoke.

The 375-ft. (114 m) long bridge includes a Pennsylvania main span, two end spans and a girder approach on the south end, according to the Historic American Engineering Record.

The fate of the old bridge has been discussed for about 15 years, with one idea being that it could be used as part of a pedestrian and bicycle trail either at its current location or somewhere else.

All of those plans fell through, with potential owners mainly citing the cost of maintenance.

Caven Clark, a spokesman of the Buffalo National River, said the National Park Service considered taking ownership of the bridge years ago.

“We did ultimately consider this among many alternatives but rejected it for several reasons, the primary one being the cost of maintenance,' Clark said by email. “That plus the aesthetics of the old bridge right next to the new one.'

Lawrence said some of the locals are attached to the old bridge.

“There's been generations of people who have driven across that bridge,' he said.

Former state Sen. Randy Laverty of Jasper said the bridge is significant because it's one of the last man-made structures that people remember from before 1972, when the National Park Service acquired property along the river and demolished many houses.

“It's one of those last remnants of the river as we knew it before the Parks Service took over,' Laverty said.

Laverty said he likes the idea of saving the bridge to use as a trail.

“It would have been an attraction and a wonderful place for photography or what have you,' he said.

Arkansas 7 is the main artery through Newton County, said Laverty. About 2,500 vehicles per day travel over the existing bridge at Pruitt.

Optional plans include building a bridge or a box culvert to replace a low-water bridge on nearby Mill Creek on Newton County Road 213. That work would cost about $1.8 million. The Highway Department will design and build the Mill Creek structure, but Newton County will maintain it because it's not on a state highway, Lawrence said.

Until the new bridge is built, the old bridge on Arkansas 7 will remain in place.

And it will continue to rust.