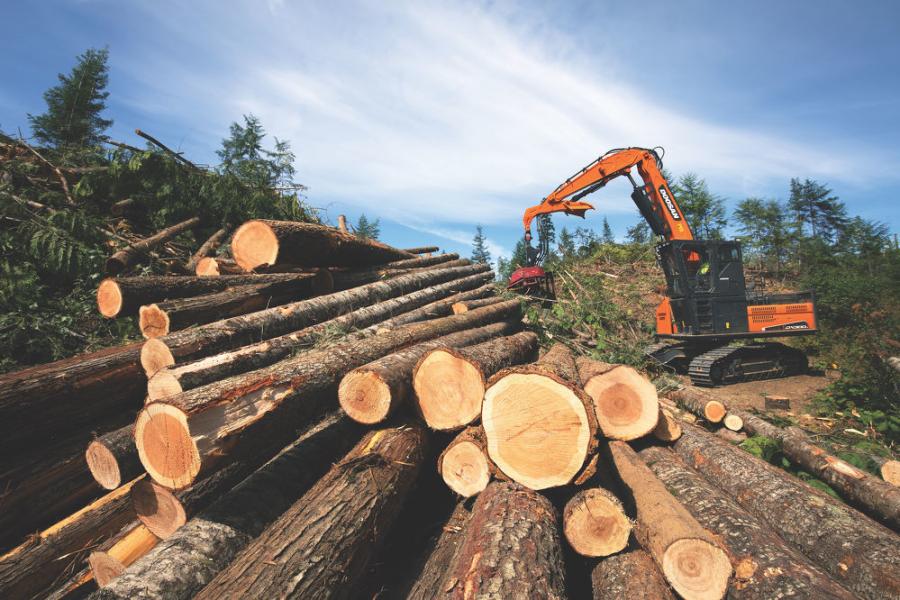 To fell the trees, move timber and maintain logging roads, McLaughlin Logging’s team operates a variety of heavy equipment. Among them are two Doosan DX300LL log loaders with processing heads.

In Idaho, you can find forest for miles. These trees are a resource and a way of life for many who live there. Being surrounded by endless forest can transport you back to a simpler time. But there's another thought that it can bring to mind — finding a way to survive.

Located in the woods of Clearwater County, McLaughlin Logging found the sweet spot between maintaining their family-founded identity and embracing innovation as a way to thrive.

McLaughlin Logging got its start when a young Bruce McLaughlin headed west from Michigan to Clearwater County in Idaho. In 1958, he started his own logging venture: McLaughlin Logging. The operation began as a family business, and to this day it continues that legacy.

Although Bruce and his wife, Marguerite, are no longer living, his son, Mick McLaughlin, now serves as president of the company. Working alongside Mick are his wife, Mary Anne, son and daughter-in-law, Bruce and Andrea, and daughter and son-in-law Molly and Austin. They all do their part to keep the family business going strong. They also credit their success to their dedicated employees: Ed, Gary, Zane, Tom, Wade, Tristen, Tres, Gerald, Jay, Ward, Bennie, Joe and Larry.

Mick's journey in the company started when he was a teenager. "I worked with my dad on weekends and school breaks since I was about 13 years old, just kind of riding around with him and doing odds and ends," Mick said. "I worked every summer with him since I was about 16 years old. Then I went to college and graduated from Boise State in 1975. I came back here and pretty much was full-time with the company."

Mick graduated with a degree in education. But between the lure of family and the promise of decent income, he was drawn back to the family business and has been with it since.

Much has changed since Bruce started his original logging company in Michigan. At that time the work was done with a McColloch chainsaw and his favorite draft horse, Baldy Bill. 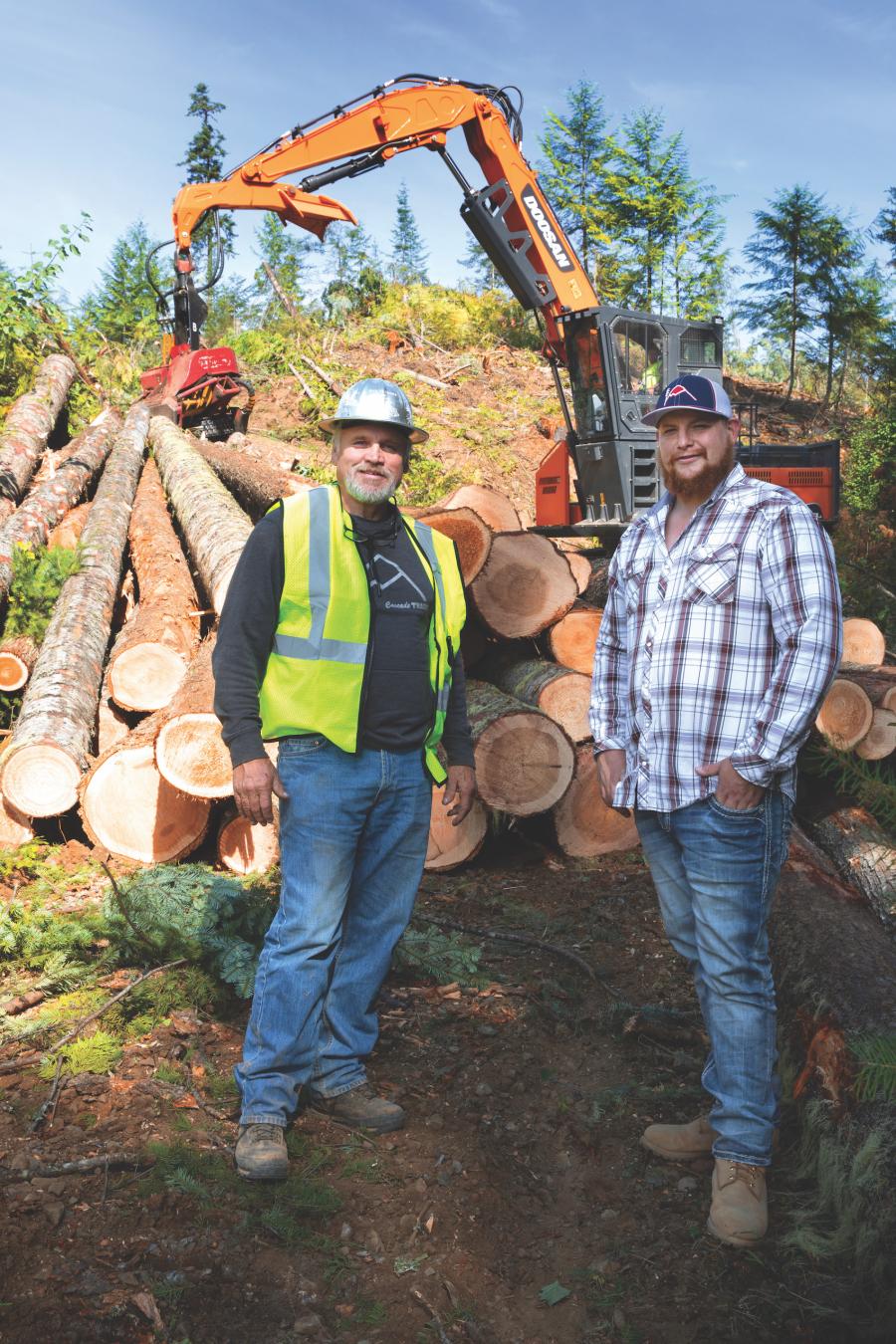 From the start, their main business has been logging. They harvest timber for landowners who sell the timber to mills for all sorts of purposes. To harvest the trees, their company previously had three-man crews that operated with tools such as hand fellers, hand buckers and cat skinners. Today, things are much different.

Mick leads a team of approximately 17 employees and seven to 12 contractors. Their equipment and operations move approximately 20 loads of timber a day. The team harvests the timber and then works with contracted trucks to deliver the logs to the various destinations that PotlatchDeltic has contracted with.

To fell the trees, move the timber and maintain logging roads, Mick and his team operate a variety of heavy equipment. Among them are two Doosan DX300LL log loaders with processing heads, one DX300LL shovel logger, DX380LL shovel logger, DX225LL-5 road builder, and a Doosan DX225LL log loader. The company purchased the machines from Cascade Trader, the local Doosan dealer.

"Cascade Trader is excellent to work with," Mick said. "They provide good service and we get our parts in a timely manner. They furnished us with a used KETO 870 until our new one was in. The equipment is reliable, too.

"We hardly have anybody on the ground anymore," Mick said. "Our company runs a handsaw probably 15 days out of the year when we need to avoid SPZ zones and rocky areas."

The DX225LL-5 road builder piles brush and helps clean up the landing. It has an excavator boom and arm and a brush grapple to stack the material.

The reason why the work looks a little different and the reason for the success of McLaughlin Logging is the same: evolution. Mick and his team have found the key to maintaining a trustworthy and consistent business model that is also able to adapt and change with the times.

Though the basic job hasn't changed too much during the 60-plus years they have been in business, the way they go about doing it has. McLaughlin Logging has always been an early adopter of equipment and technology that help get the job done quicker and better.

In the late ‘80s they moved to mechanized logging with stroke delimbers, feller bunchers and grapple rubber-tired skidders. In 1994 they adopted the cut-to-length system for sizing and cutting trees for commercial thinnings. They also started working with some of the dangle heads. Now, they have equipment to access even more timber.

Innovation and adaptation have been key to McLaughlin Logging's continued success. Most recently they adopted a Traction Lined Tethering machine for harvesting on steep slopes.

In 2018, they invested in this equipment to allow them to work on steeply sloped land. This has been an area that is tough for traditional logging equipment. The additional equipment has enabled them to add approximately 6 million feet to what they typically move annually, around 20 million feet.

Not only has their ability to work on vertical slopes helped them increase their volume, but it has also set them apart from their competition.

McLaughlin Logging also contracts with PotlatchDeltic and the Idaho Department of Lands to perform road maintenance, slide repair, road building and bridge installations, which is overseen by their son, Bruce.

This is in addition to their regular timber harvesting work.

This is promising to Mick. With their main business of traditional land logging going well, they are looking forward to seeing where they can expand with this application.