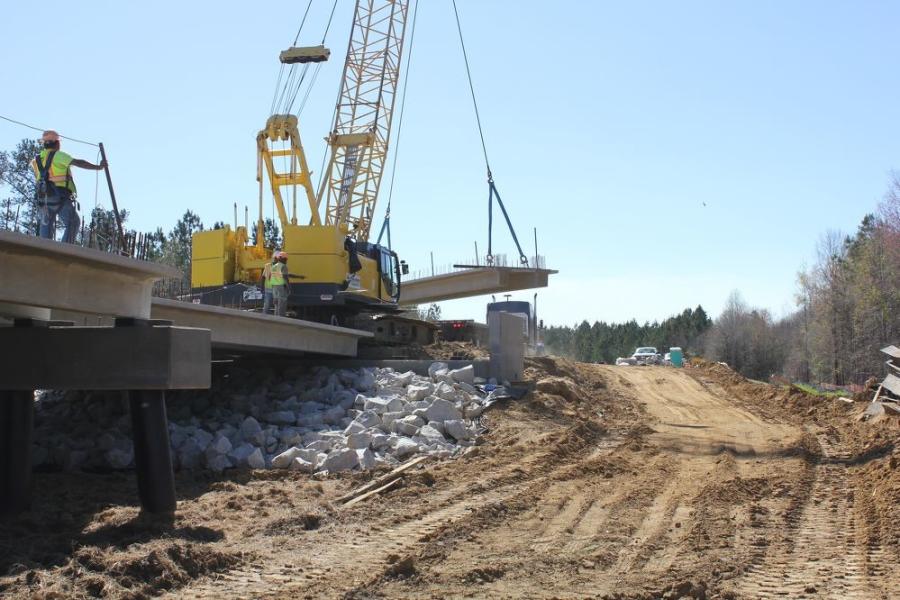 While the majority of the company's operations occur within a 100-mi. radius of Atlanta, it also does work in south Florida, Alabama and South Carolina, and has an office in Columbus (near the Alabama State line) and an equipment yard in Savannah, which gives it access to the Florida market. 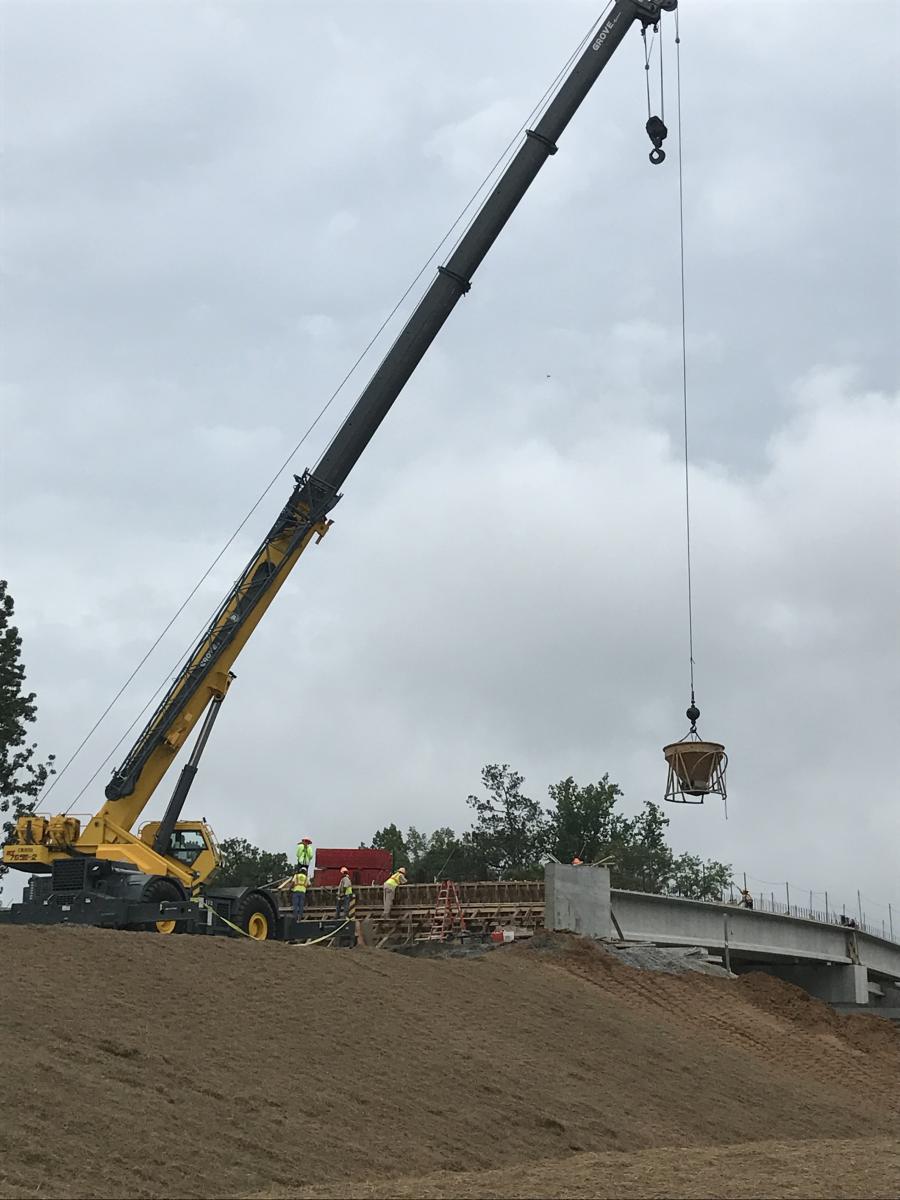 With average annual growth of 10-to-12 percent over the past few years and millions of dollars worth of contracts, the company has more than 200 employees and more than 200 pieces of equipment (tractors, excavators, dozers, cranes, loaders and other iron pieces) compared to 80 employees and 100 pieces of iron in 2011. The current fleet is approximately 70 percent Komatsu and 28 percent Cat, with the remainder made up of Kobelco cranes and Link-Belt cranes and LBX excavators. The fleet contains a substantial number of articulated trucks and excavators in the 400,000, 88,000, and 60,000 lb. ranges.

Prior to the founding, which was done after careful research and planning, Stokes spent four years as project estimator/vice president with APAC, a grading company based in Georgia

"2006 was a very robust year for the construction business, as it had been for the previous three years, and I saw a market that folks weren't really pursuing — so I took advantage of it," said Stokes. "This lasted for about 18 months and then we had the great depression of 2008, but we were able to do what we could to continue securing road building and heavy civil projects between $500,000 and $1 million and kept 45 guys busy up to 2011.

"When I started, I just had some small dozers, a couple of articulated trucks and some mid-sized backhoes and 14 people," he added. ‘It's always tough to get contracts and we had some great folks help us early on. John Bledsoe, who is a vice president, was instrumental in helping us procure work. Most of our early contracts were for the Georgia Department of Transportation [GDOT] and municipalities."

Surviving the downturn taught Stokes many lessons on how to run a smart and efficient company. When the economy began to rebound in 2011, SESD was ready. In 2014 it built the first solar farm in Georgia, which required moving approximately one million yards of dirt.

"We've been growing from there," said Stokes. "We added the structures aspect about six years ago and I hired my brother Dustin five years ago to manage that division — that took us up to six bridge crews. About three years ago we acquired the assets of Ed Smith Construction, and started doing culvert work in Georgia and south Florida. There wasn't anything like a big break. We worked hard and bid projects for large excavations and structures." 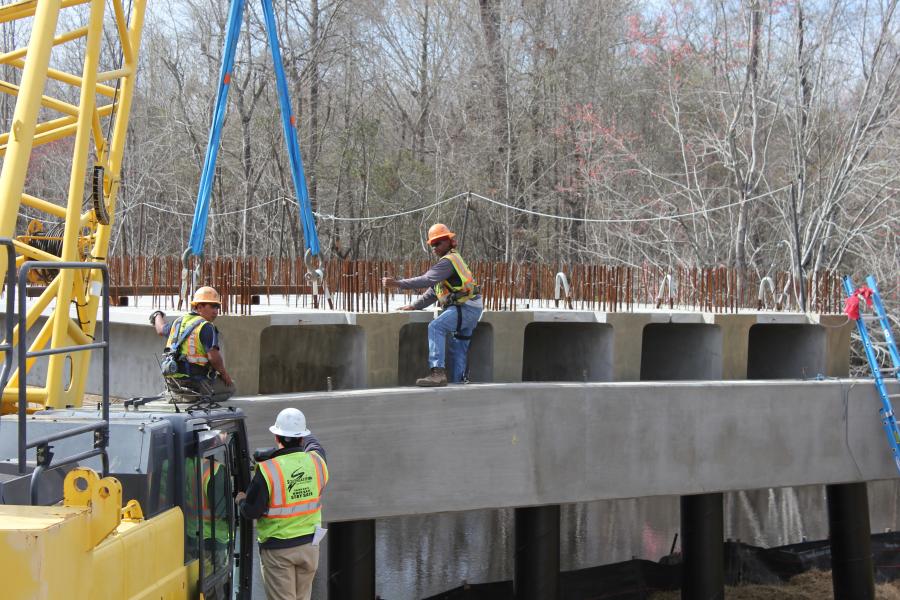 Between 2008 to 2011, SESD had secured some $3 million to $4 million contracts, but most importantly, its reputation for finishing jobs on-time and on-budget was being recognized and larger contracts became the norm. Today, SESD now takes on much larger projects as a prime contractor. Currently about 60 percent of its business is with GDOT and municipalities and 40 percent with private clients.

"We are guided by a relentless focus to be the best in the eyes of our customers, employees and the communities in which we operate," said Stokes. "We constantly strive to implement the critical initiatives required to achieve our vision, which includes being a leading provider of safe, responsive, value-added services, and distinguish ourselves through top-quality workmanship and cost-effective solutions to the complex logistics that are an everyday part of the job."

Early major projects were GDOT's Custer Road project in Muscogee County in 2017 that included a couple of bridges over a four-lane highway, a $14 million job for the city of Atlanta, and several earth work projects that had crews move over one million yards of excavation.

"We completed a $16 million green infrastructure design-build project for Atlanta in 2016," said Stokes. "Delivering these projects gave me a sense of pride, not just for myself, but for the guys out there making it happen, seeing us grow."

"Moving dirt, pouring concrete, and building structures like bridges is our bread and butter," said Stokes, who noted that SESD uses Topcon machine controls on all of its dozers and excavators. "We've invested a lot of money in making sure we have state-of-the-art machine control equipment to help us meet specifications. This lets us move dirt and fine grade areas much faster. That's a big deal because we can complete jobs much more quickly and transfer crews and equipment to other projects. It makes us more efficient, reduces our costs and increases our profits. 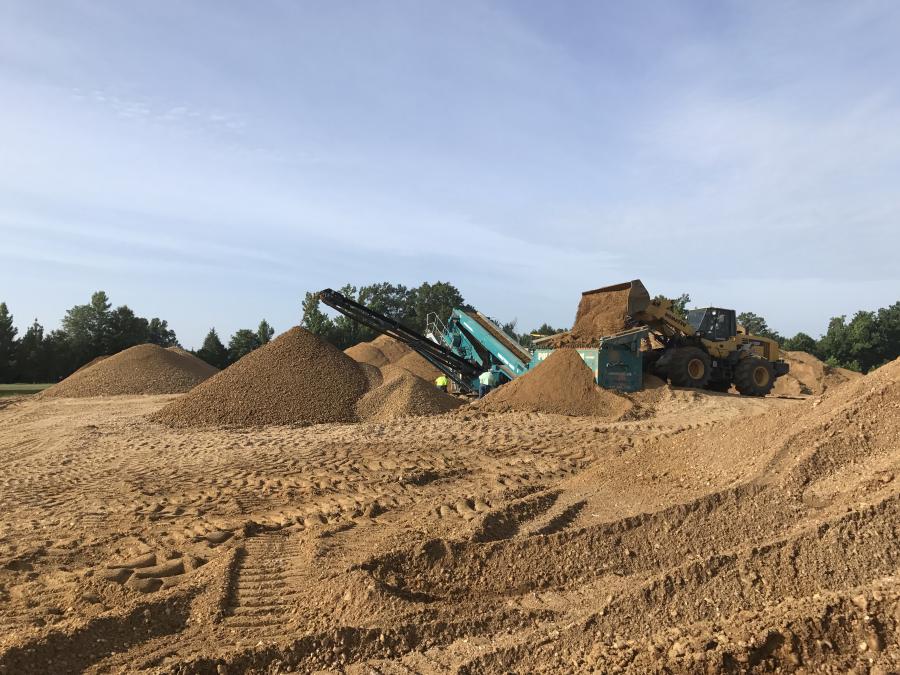 "If our clients are satisfied, we're satisfied," he added. "We try to get ahead and focus on problems that experience can bring to the table, and when we get on a job, we aggressively pursue the schedule and lend our expertise. We like to manage a whole site — do the clearing and everything horizontal and then give it to our vertical guys where all they have to do is pour the slab and come out of the ground with it. This is same concept of operation whether serving a prime contractor for the DOT or mass excavating a site for one of our larger general contractors. We solve problems early on and try to minimize or avoid change orders for our customers to help them manage their budgets and get it done earlier than the schedule shows."

In Florida, SESD partners with much large companies.

"We act more as a specialty structures company and in southern Georgia we do a lot of underground infrastructure, pouring in-place culverts," said Stokes.

For the next five years, Stokes is looking to maintain current growth levels, having experienced some years when growth was at 40 percent and the concerns that it brought about.

"When an economy turns around and you start to grow, that's your biggest risk — of blowing up and not being able to control your cash flow and hiring people that are not qualified," he said. "You want sustainable growth with reserves and maintaining the quality of your work."

In addition to the equipment yard in Savannah, SESD has a shop at its Newnan headquarters, which it built two years ago. With such a large fleet and equipment distributed to many construction sites, preventive maintenance is essential to maximize production.

"We service every tractor at a minimum of 500 hours," said Stokes. "We do all preventative maintenance services either in-house or we use the manufacturer to do 2,000 hour services to change all filters and fluids. Every 1,000 hours we'll throw manufacturers in there to look after the tractors." 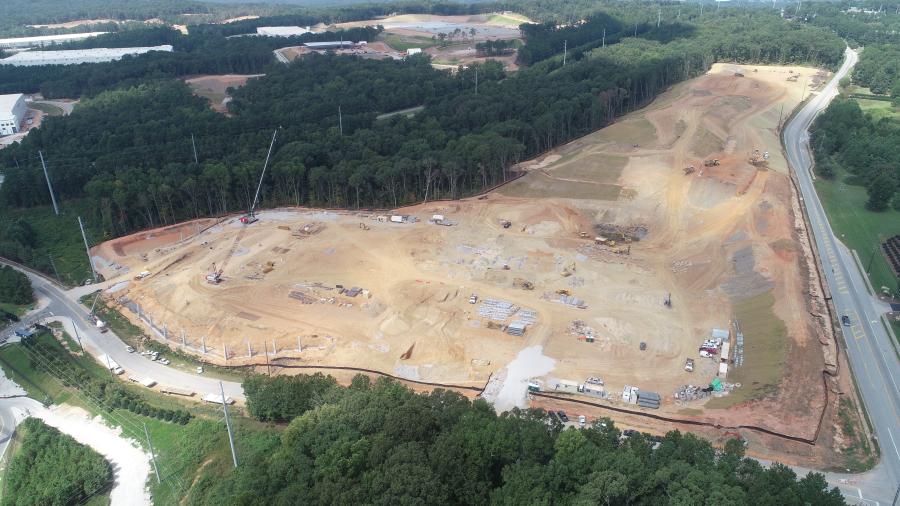 Rusty Shirley, SESD's equipment manager, who has been with the company since 2014, has three mechanics whose training and skills are constantly upgraded by attending classes put on by Komatsu, Cat and other manufacturers.

Stokes pointed out that SESD replaces equipment every three to five years, depending on the hours logged by each machine, which translates in large annual equipment purchases

The firm purchases and rents equipment from Tractor Equipment Company (TEC, for Komatsu), Yancey Bros. Co. for Cat machinery, Cowin Equipment for Kobelco cranes and Link-Belt pieces, and Flood Equipment for pieces from other manufacturers.

"These companies are top-notch and top quality vendors with good organizations, good work ethics and good folks," said Stokes. ‘When we purchase new pieces, we try to give everybody a fair shot and go with whoever has the best price."

"It gives us a competitive advantage where we don't pay retail for it," said Stokes. "This creates value in the company by having assets that are being utilized and bought for a good price. By me and Rusty pursuing the auction market, our equipment value is probably more than most companies."

SESD's fleet contains examples of all the essentials and the more specialized pieces. It also owns two lowboys to transport heavy equipment to various sites. 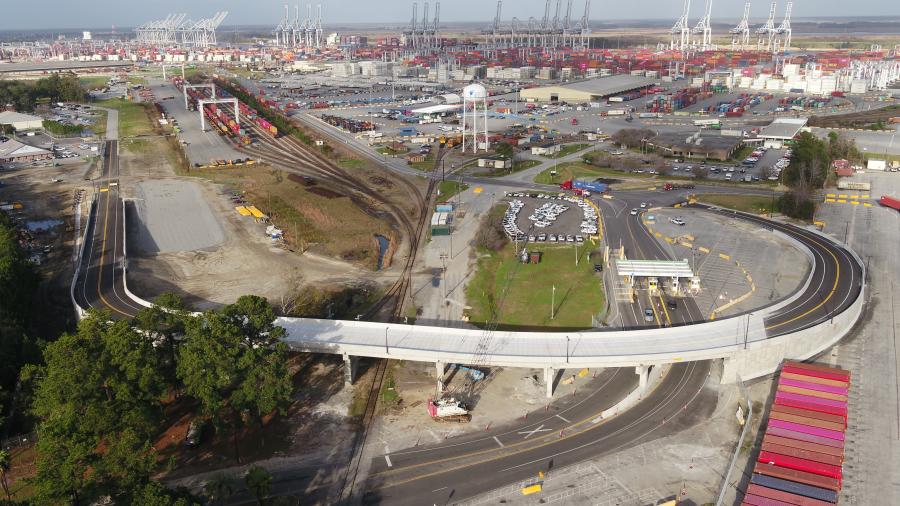 Family is important to Scott Stokes, and in addition to Dustin, a P.E., running the Structures division, his son Garrett is now working at as a project manager.

"It's wonderful working with family," said Stokes. "It's always good seeing your kid every day — most people don't get this opportunity. Dustin worked for Rogers Bridge, a big bridge company out of Atlanta, and he brought a wealth of experience to Southeastern."

Stokes also is pleased with his employees.

"We have a good mix old experience and young guys that we're training," he said. "We're in a good position to move forward with good management and people that learn daily on the job and benefit from the experience of their peers. We care about our folks and treat them better than fair. We try to have rigorous training programs, especially for younger folks who get offered a lot of opportunities to be foremen, superintendents and project managers. We trust them and they trust us." CEG