Family Values: Couples Who Dig Together, Stay Together 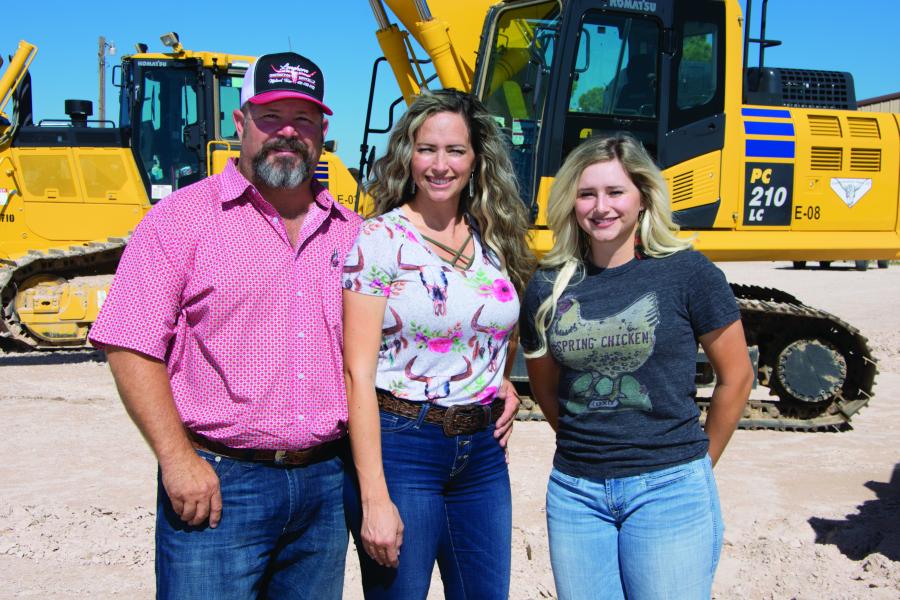 (L-R): Jason and Tassa Fenn own and operate Longhorn Construction Services, which specializes in earthwork, and their daughter, Kylee, is now a full-time member of the Midland firm.

The story of Longhorn Construction Services is built on an opportunity and a willingness to take a chance on it, according to Owners Jason and Tassa Fenn. The husband-and-wife team founded the Midland-based company nearly a decade ago after a visit to west Texas.

"When the economy took a big downturn in 2008, a lot of businesses were negatively affected, including the one we had in southern Arizona," recalled Tassa. "We made a trip to Texas to see some friends, and they told us things were booming here. Jason and I thought about it a lot and decided to make the move."

They didn't pack up everything and fully leave Arizona right away. During the course of several months, the couple and their six children at the time – the seventh was born in Texas – made numerous trips to Midland. 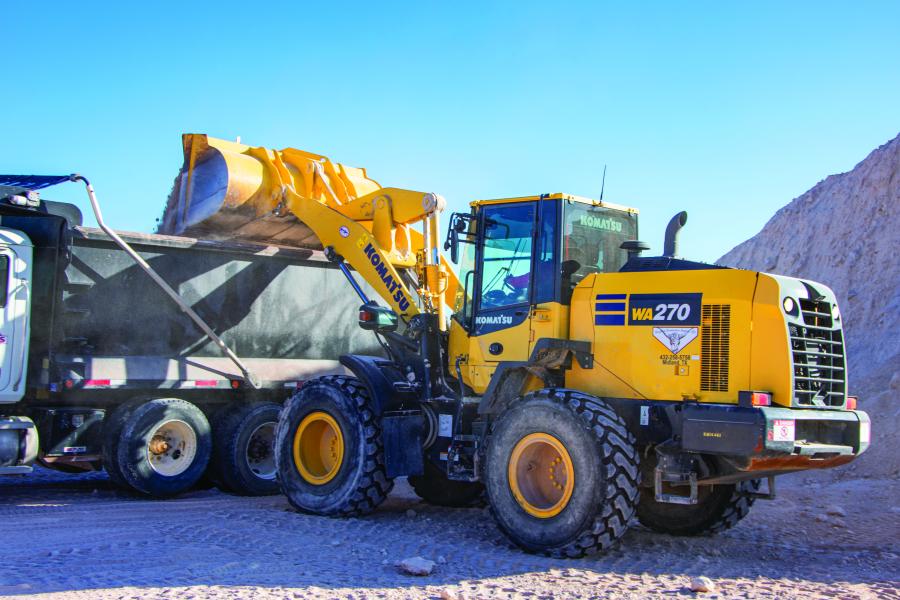 "We often drove through the night so the kids could sleep," said Tassa. "In the end, it was well worth it. They saw our commitment and work ethic, and we believe those are positive ideals for them to strive for."

One of their children, Kylee, is a full-time staff member at Longhorn Construction Services, as she's currently learning all aspects of the business. That includes office management and bookkeeping, which Tassa has overseen during the past decade. Their son, Brady, helps in the field and runs equipment on occasion.

"The example they have set is unreal," said Kylee of her parents. "I loved watching them build the business together. I'm very proud to be a part of it now."

Jason continues to run field operations. Key members of the approximately 15-member staff include Superintendent Duane Walls and his son, Devon, who serves as maintenance manager.

"Our focus has changed from when we started, transitioning from concrete services for residential foundations to full earthwork packages in the commercial, industrial and oilfield markets throughout the Permian Basin," explained Jason. "Longhorn Construction Services does everything from clearing and grubbing to finish grading. A lot of our work now involves pad, pond and road construction for oil and gas sites."

Getting Back to Where It Started

Earthwork is familiar ground for the Fenns, especially Jason. He grew up working in his father's construction company, learning to move dirt and install underground sewer lines, as well as work with concrete and asphalt.

"I learned a little bit of everything," Jason recalled. "My dad modeled how to work hard, take care of customers and run a business. I developed a sense of entrepreneurship as well. I knew when I was in high school that I wanted to be in business for myself." 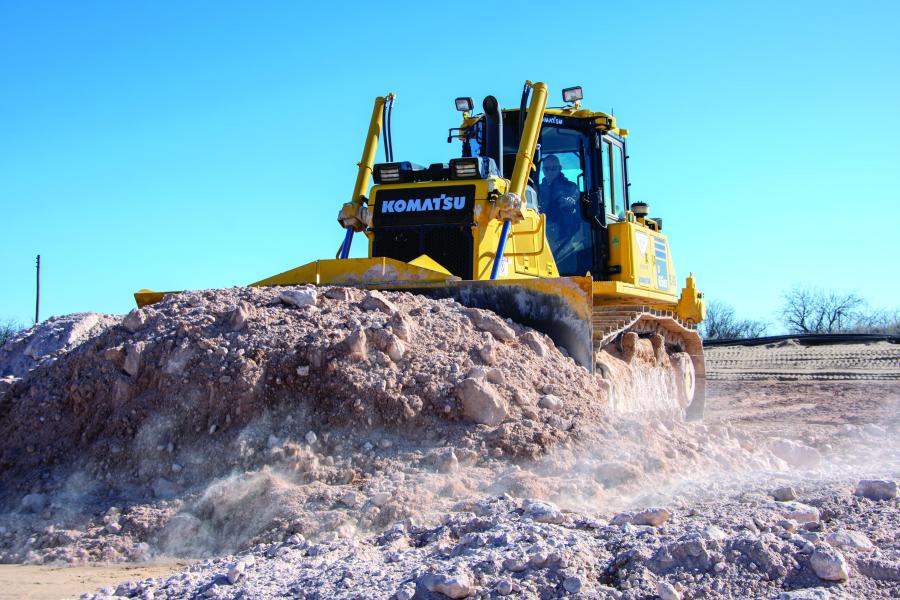 Two years after graduation, he started Picacho-Fenn Construction in Picacho, Ariz., where he specialized in earthwork. That eventually became Fenn Concrete with a shift away from dirt after a few years.

"Longhorn's transition to more of a dirt-focused business means we have kind of come full circle," Tassa pointed out. "It's really Jason's passion. He loves it. As more and more customers saw his expertise in it, our relationships grew. They gave him more opportunities and referrals, and things really took off."

One of Longhorn Construction Services' first big earthwork projects involved pad construction for 164 lots at an RV park in Pecos that included installation of sewer and water lines. That assignment helped launch the company into even larger undertakings, such as site work for some of the biggest sand plants in west Texas. One project consisted of moving about 140,000 yards of earth for the construction of a new rail spur. Another saw Longhorn move approximately 300,000 yards to balance the site. 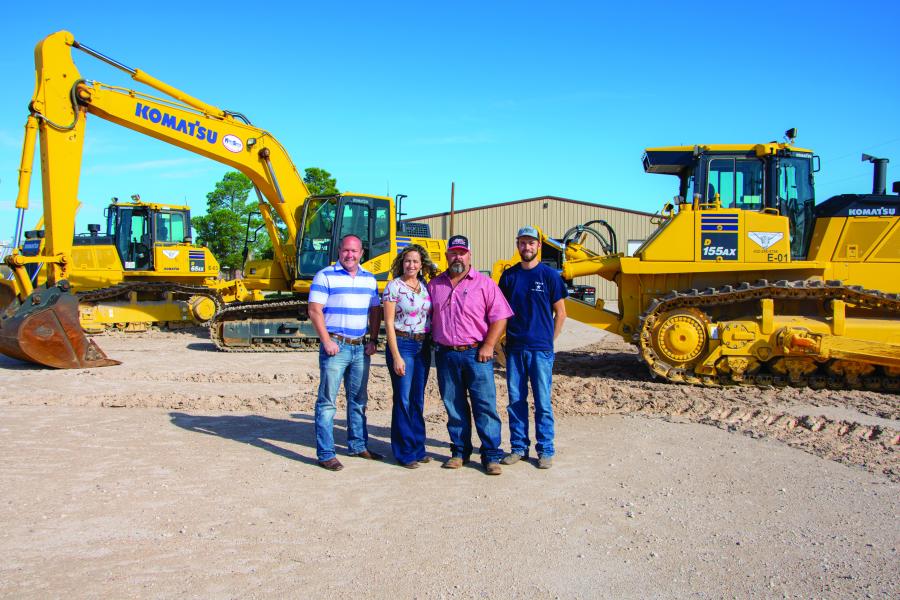 "What stood out first and foremost was the customer service and how JP, Michele and Kirby helped us get the right machines to fit our needs," stated Jason. "They stand above the crowd. Kirby had the rental units, and if there was any issue, they were right on it, either that day or the next, in most cases. Other dealers would take a week or more to just get to us. It's hard to justify renting something and not being able to use it."

Longhorn Construction Services uses Komatsu dozers, including D65EX and D155AX models, for pad and pond construction and to place caliche. Operators perform mass excavation and dig for utilities with a variety of excavators, use wheel loaders to move materials and HAMM rollers for compaction.

"All the Komatsu equipment performs very well, even in the tough conditions we encounter out here in west Texas," said Devon Walls. "The production is outstanding, and they don't cost us significant downtime. Nearly everything we do to them involves basic maintenance or repair of normal wear and tear items.

"I track the machines with the KOMTRAX telematics system through either a tablet or phone," Devon continued. "It's a great fleet management tool that allows me to see hours and stay on top of services. I really like the location feature. It pinpoints where a machine is, so if I need to pick it up, I can go right to it. That saves time and travel-related costs."

Keeping It in the Family

The Fenns have established firm roots in Texas and plan to keep growing Longhorn Construction Services. For now, they also are determined to stay on the same path when it comes to the markets the company serves.

"We would rather stay with the large commercial and industrial types of jobs," said Jason. "That's not to say we wouldn't look at doing some residential work, but it's really not our main objective. Economic factors will play into the future, too."

That future may hold more of the Fenn children joining Longhorn Construction Services. "Our hope is we are building something that they want to become a part of and keep it running for many years to come," said Tassa. "We feel blessed to be here and continue to grow. The sky is the limit as far as we are concerned."