“Common sense should prevail as far as protecting the mass majority of people,’’ said Tony Grindberg, city commissioner in Fargo. 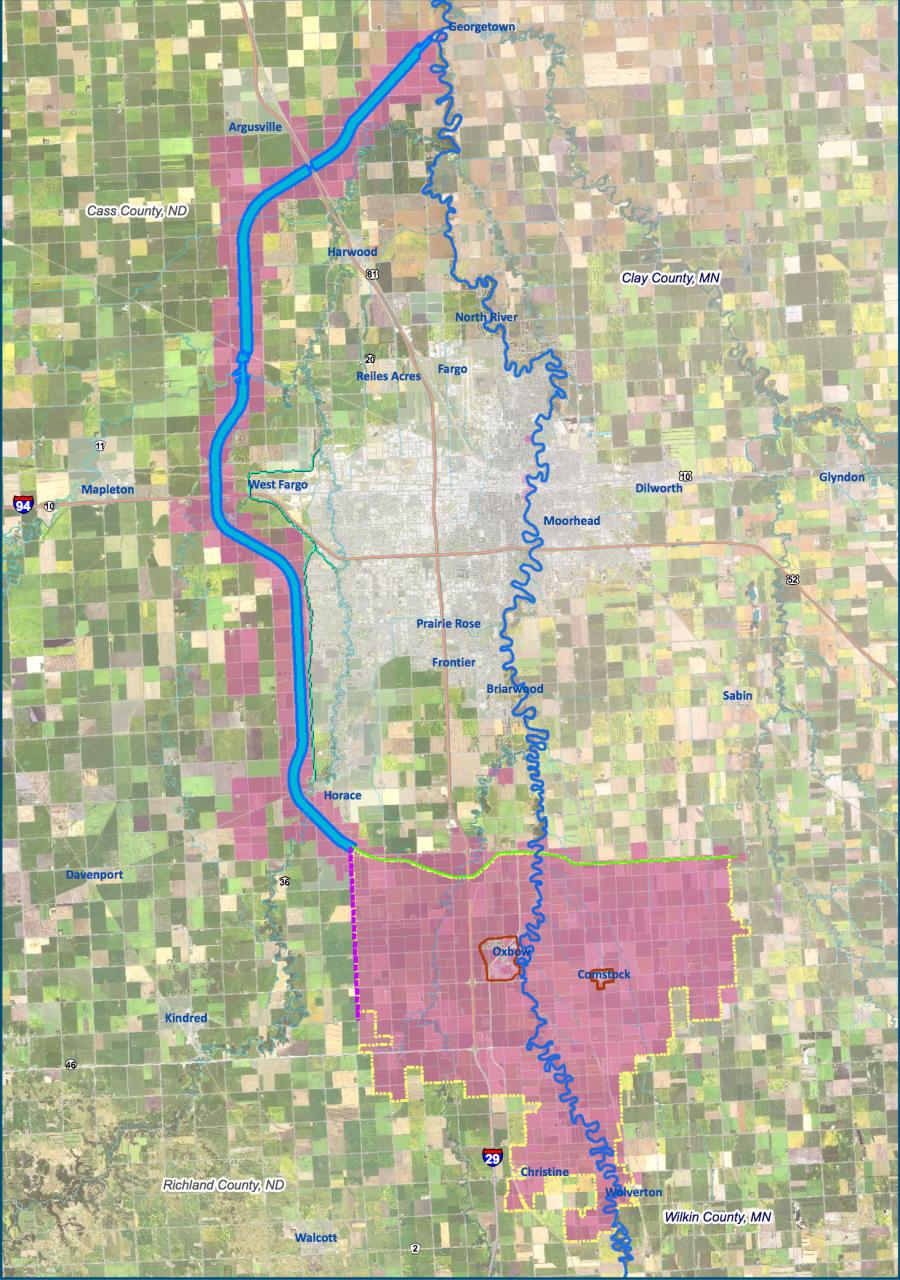 HICKSON, N.D. (AP) For more than a century, floods were a rite of spring for cities up and down the nation's midsection as snowmelt from the long winter poured into tributaries of the Mississippi River. The problem gradually faded, due to flood-control projects and the removal of some towns to higher ground.

But Fargo and the neighboring city of Moorhead, Minn., still endure annual anxiety that starts as early as the first big snowstorm, when residents begin to worry about the rising water that is sure to follow.

Now a possible solution is finally at hand, but it depends on the delicate proposition of shifting the cities' problem somewhere else. The place chosen is less populated, though precious to those who own land there.

“Common sense should prevail as far as protecting the mass majority of people,' said Tony Grindberg, city commissioner in Fargo, in a metropolitan area that has swelled to nearly a quarter of a million people over the last decade. “Personally, it would be nice to say in my lifetime that we have crossed the Rubicon without having to fight floods anymore.'

To prevent floods, Fargo leaders want to build a huge channel to divert excess water and a dam that would hold back that overflow in rural areas upstream. But a small yet determined group of farmers began fighting the project because it could swallow up their property. And they found an ally in the state of Minnesota, which convinced a judge to halt construction.

“In my humble opinion, the majority of the angst by the upstream group has been [due to] Fargo's arrogance,' said Grindberg, who grew up fighting floods in the Red River Valley.

The idea for a diversion channel gained momentum after a record-setting 2009 flood, which destroyed about 100 structures and caused millions of dollars in damage. Fargo was saved only by a massive sandbagging effort, which required 100,000 volunteers and more than 7 million bags. The bagging crews included students who abandoned their classes to protect neighborhoods. The city was a foot of water away from catastrophe.

The cities went through similar sandbagging during floods in 2010 and 2011. The threat has been mostly quiet since then, but Mayor Tim Mahoney said residents are jittery this year because a wet fall has already filled the ground with moisture, with months of snow yet to fall before spring. The flood threat is highest during the spring melt.

Fargo is unique because it sits in a flat lakebed with no topography to help control the river, which flows north into Canada, according to the Army Corps of Engineers, which earlier this year began moving dirt for the first phase of the project until a federal judge halted construction.

Half a dozen flood-control experts contacted by The Associated Press said it's difficult to find another city in the same predicament, with the possible exception of Davenport, Iowa. Residents there have opted for a series of smaller measures rather than erect an expensive permanent floodwall.

The yearly cycle in Fargo once began like Groundhog Day. Officials traveled up the river every spring and predicted how high the water might rise. These days, the nervous phone calls to city officials start almost as soon as the snow does.

“There's going to be anxiety every year until we get something done,' Mahoney said.

But to Jerome Nipstad, the 30-mi. channel threatens to upend a family that has farmed in North Dakota for more than a century. The Nipstads would be forced to rebuild or relocate a farmstead that includes a 3,000-sq.-ft. home, a large shop, an assortment of sheds and 18 grain bins. It would make planting more difficult for them and other farmers.

“My mother was born and raised here. She would be 102 years old now,' said Nipstad. “You can find another place for a house, to either rebuild or relocate. What do you do with a farm?'

The $2.2 billion channel would be 1,600 ft. wide. Engineers estimate that if the channel had been in place over the last century, it would have helped spare the city from a serious flood threat at least 11 times.

In September a federal judge ruled that the project did not have necessary permits from the Minnesota Department of Natural Resources. The farmers filed a lawsuit that seeks to axe the current plan for other proposals that would not uproot farmsteads they say are being sacrificed for Fargo's future development.

Meanwhile, a task force organized by the governors of North Dakota and Minnesota has been asked to find a solution by the middle of December . Cash Aaland, an attorney and diversion opponent who lives on the wrong side of the proposed dam, said the only thing that will stop the legal fight is a major revision of the project.

The Nipstads and other upstream residents say they want Fargo to have flood protection but not at the expense of others.

“It's so peaceful out there. You don't have the hustle and bustle of the city,' said MaryJane Nipstad, whose husband, Scott, is a fourth-generation farmer. “It's just a nice environment.'