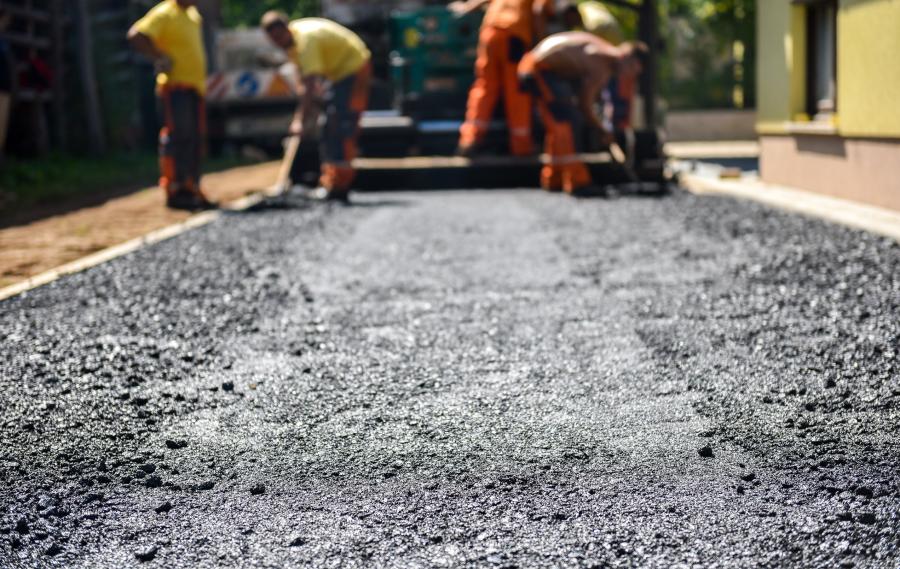 Many construction firms received PPP loan funds quickly after applying, enabling them to hire or retain employees, reports the AGC, adding that the job-saving measure appears to be successful.

The Small Business Administration's Paycheck Protection Program has been a shot in the arm for construction businesses, and a lifeline for a few. The forgivable loans, made available in two rounds during the month of April, guarantee companies can make payroll, keep their staff working and meet project deadlines.

During the first round of the COVID-19 related stimulus loan program released April 3, approximately $450 billion in funds were issued on a first-come, first-served basis and were depleted within 13 days. Congress rejuvenated the program in a second round, released on April 27, when another $300 billion has been set aside for medium-sized community banks and credit unions to dole out loans.

Quick receipt of Paycheck Protection Program loans may be helping contractors retain or add staff, despite mounting project cancellations, reports the AGC. A survey the association conducted online just prior to the second funding release drew 741 responses to a question about PPP loans. Of the 74 percent who reported applying for a loan, 44 percent had received funds, 15 percent had been approved but had not received funds, 8 percent were awaiting an answer, and 7 percent had applied but had been told no more funds were available.

Those who reported they had added workers rose to 13 percent from 4 percent in AGC's April 6-9 survey. Members who'd furloughed or terminated workers declined to 35 percent from 40 percent.

A large number of construction firms promptly received loan funds under the new PPP, enabling many of them to hire or retain employees despite a surge in project cancellations, said Simonson. With a caution that longer-term recovery measures are needed, AGC officials said the job-saving measure appears to be successful.

"Most contractors report they have applied for the new federal loans, which are intended to enable small businesses to keep employees on their payrolls," said Simonson. "This program has already delivered funds to nearly half of the survey respondents, and many of them have already brought back furloughed workers or added employees, even though more clients are halting and canceling projects."

Partly the result of the loans, 13 percent of respondents said they had added workers.

With loan money in their bank accounts, construction contractors across the country can move forward with projects. Jack Nix, vice president of operations of Shelby Erectors, Davie, Fla., said the loan application process went smoothly for his company. He attributes the fast receipt of funds to the fact that "we were on this from the beginning and we were fortunate."

Nix said the application process wasn't complicated at all because his staff was prepared. They made sure they were well-versed in the paycheck protection program and had enough information through professional organizations the company is involved with. "We knew well ahead of the application date that it was coming."

The company, involved primarily in bridge construction and rebar installation, opted to apply through a local credit union because of the size of their primary bank.

"The credit union staff was fantastic. They communicated with us each day as the process was coming around to our getting approval. We'd gotten our submission in within four or five days of when the SBA revised the application. If you were on top of it, you knew what was going on."

Like most business loans, there were questions to be answered, but nothing complicated about the process, said Nix. "To me, it was the easiest loan I've ever gotten. I didn't need collateral, other than the 941s for payroll and what we paid on health benefits."

The company was concerned as they were starting to see more slow-pay accounts with the coronavirus work slowdown, with the question of making payroll now solved the business hasn't skipped a beat, said Nix.

"We were concerned with how the money would flow as payments slowed. We'll use the funds to bolster our payroll and keep our rodbusters working. That's the whole point of it."

Batavia, Ohio-based Towne Construction Services is back on track after receiving PPP money to pay its asphalt paving, concrete and landscape crews. The company received a $1.5 million forgivable loan from the SBA, according to a Cincinnati Business Courier article in which company CEO and owner Chris Bortz talked about how the funds kept his company afloat.

"But for the PPP money we might have had to close up shop," Bortz said. "Our hope was it would have been temporary, but we would have had to furlough and lay off everyone."

With 150 jobs safe now, the company can look forward to a productive spring and summer, when staff increases to about 200. "I can understand companies that want this money fast," Bortz said.

The PPP money, calculated at 2.5 times a company's monthly payroll, can be used for payroll, rent, mortgage and utilities. The loan, forgivable over eight weeks, helps offset operations issues. Like Shelby Erectors, Bortz applied for the PPP loan through a smaller bank with which the company already had an established relationship. The application was processed quickly.

"It was a huge relief," Bortz said. "I don't know how we would have managed if it was another week."

Ali Mills, executive vice president of Plum Contracting, went to the White House to thank President Trump for signing the second round of PPP funding. Representing the highway industry, Mills recounted how COVID-19 "abruptly halted" all highway work in her state of Pennsylvania.

With heavy equipment parked on 11 major highway projects, Plum was forced to lay off about 125 employees. "The Payroll Protection Program was and remains the engine that is carrying our business through this shutdown," she said during the White House briefing.

"We wouldn't survive without it. With our PPP approval, we anticipate our company running at full capacity when the highway industry is permitted to return back to work," she added, noting in an interview with CBS station KDKA that when construction in the region is back at it again, Pittsburgh, Pa.-based Plum Contracting will be at full capacity.

And in Grand Junction, Colorado, Tyler Milyard of Western Constructors Inc., said thanks to the PPP loan, his company hasn't had to lay off any employees.

"It's allowed us to at least feel secure that they're going to have a paycheck," Milyard, vice president of the general contractor and construction management company, told westernslopenow.com.

AGC officials stress that 43 percent of firms would benefit from larger federal investments in infrastructure, while 35 percent would benefit from a recovery fund. They're calling on federal officials to work on new infrastructure investments and establish pandemic insurance and a recovery fund to help offset expected declines in construction demand because of the coronavirus.

"The new federal loans are helping protect many construction jobs for now, but those funds are likely to run out well before demand for construction rebounds," said Stephen E. Sandherr, the AGC chief executive officer. "The president and Congress need to start putting in place measures to revive our economy by rebuilding our infrastructure and restoring private-sector demand for construction."

Most immediately, though, it's makes sense to keep people employed during this time, believes Brian Turmail, AGC vice president of public affairs.

"The more we can do to keep other people working, the better off we'll be when we end these lockdowns, and hopefully the sooner we'll get to recovery," he said.

As it secures paychecks, the loan program is protecting crew members on the job. The SBA PPP requires contractors to implement jobsite safety precautions, and those who've received the forgivable loans are happy to comply. Plum Contracting installed washing stations to make job sites COVID-19 compliant. "We have a 19-page safety program we have to implement into our projects," said Mills.

Nix, of Shelby Erectors, said his company has made safe coverings mandatory for crews. They're making sure every new hire gets a face covering, and they've ordered thermometers to check employee temps.

"We've also made changes to our reporting processes and sick time policy before they can return to work. We're doing our due diligence not to contribute to the spread of the virus, making sure our employees are safe." CEG